Written comments, via email or direct mail only, on the PMPU must be received by the Port by July 31, 2019.

On Monday evening, July 15, 2019, the Port of San Diego Planning Department presented a Discussion Draft of the Port Master Plan Update (PMPU) to Coronado residents and city officials. The Nautilus Room at the Coronado Community Center was packed to overflowing with concerned citizens. The PowerPoint presentation included some of the goals and policy concepts in the document, which include allowable uses and activities, future development, and management of water and land within the Port’s jurisdiction on and around San Diego Bay. The PMPU provides a mix of goals, policies and standards supported by written narratives, figures and tables. The entire Discussion Draft document is available for review, through July 31, 2019, www.portofsandiego.org/pmpu

The Plan vs The Project

Although Port Planning Director Lesley Nishihira referred to the PMPU presentation as policy and a plan, most of the over 400 resident attendees focused on possible projects. The area referred to as Coronado Bayfront is the development target spot residents object to most. The possibility that the Port of San Diego’s current leaseholder, Coronado Ferry Landing LLC, would be allowed to build out the site to include 350 resort hotel rooms, and a mixed use office/commercial/retail/restaurant development of over 70,000 square feet, as well as another ferry docking area is completely intolerable to locals.

Residents expressed their objections citing increased traffic congestion, safety concerns, bus and truck traffic idling and parking in front of residents homes resulting in an increase in poor air quality and smog. Coronado residents realize the infrastructure does not exist to build this development without seriously, negatively impacting their lives. Coronado is currently facing a decision by SANDAG to increase housing density by at least 808 units, without parking requirements. SANDAG has no idea where these units could be built in our mere 2.2 square miles of useable land, or care that vital infrastructure does not exist to support the people living in these units. Neither the Port’s PMPU or SANDAG’s RHNA address climate change and sea level rise, or earthquake evacuation and rescue routes. It is up to Coronado residents to communicate these concerns and their objections to both the Port and SANDAG.

At the Tuesday, July 16th regularly scheduled City Council meeting, the PMPU discussion continued. Again residents lined up to let the mayor and city council know that they were expected to vigorously fight back against any further development of the Ferry Landing open space. Whether by emailed blue sheets or oral communication, citizens’ arguments against any high density development were many and valid. Mayor Richard Bailey, who sides with the residents, explained that because the Coronado Ferry Landing LLC is a tenant of, and reports to, The Port of San Diego, the city has no power to prevent development on Port owned property. It is up to the Port to set policy in their Port Master Plan which includes restricting development along the Coronado side of the San Diego Bay. Every councilmember and Coronado’s City Manager stands in solidarity with Coronado residents. 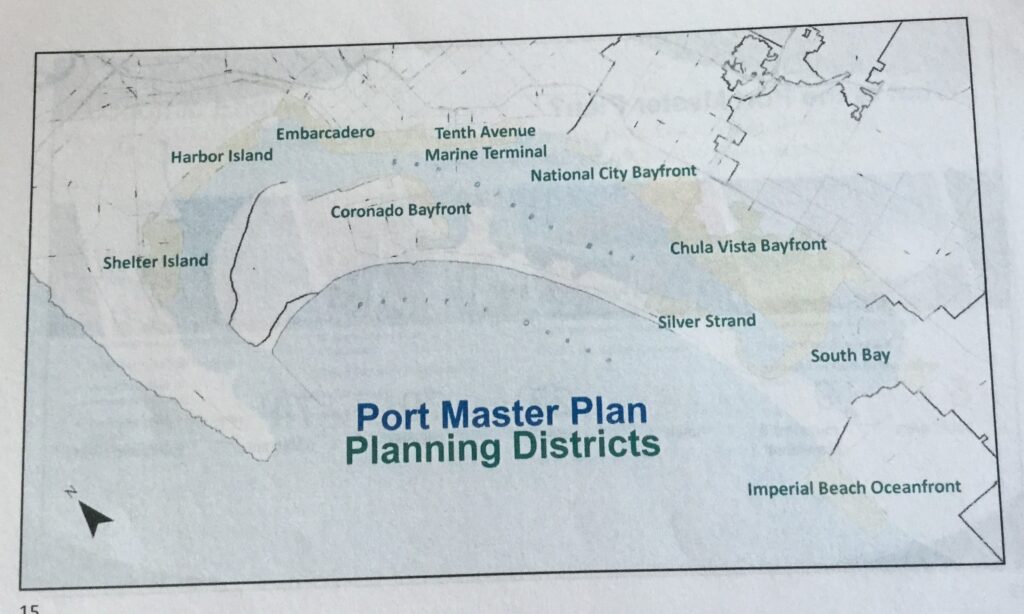 At both meetings, anger was directed by residents toward Coronado’s Port Commissioner Admiral Gary Bonelli, who is also the current chair of the Port’s Board. Frustration was first expressed at Monday’s meeting that no Port Commissioner was present, especially Admiral Bonelli. It is important to note that Admiral Bonelli was on a long pre-planned vacation out of town. Monthly, Admiral Bonelli addresses the regular city council meetings to let council, staff and residents know about recent discussions and actions at the Port of San Diego’s monthly meetings.

Mayor Bailey and Councilmembers Benzian, Donovan, Heinze, and Sandke, in turn spoke to defend and praise Admiral Gary Bonelli’s positive representation of the City of Coronado. Admiral Bonelli has led the fight to keep and expand a recreational natural open space environment at Grand Caribe Shoreline Park. The park is an oasis of peace and natural beauty open and free for all Coronado residents and visitors. Dogs love it too.

At Tuesday’s City Council meeting we learned about a draft four-page letter that will serve as the City of Coronado’s formal response to the Port’s PMPU. After hearing from Coronado citizens, Mayor Bailey stated that the final letter to the Port will include resident concerns. At Monday’s PMPU meeting, Port Planning Director Lesley Nishihira encouraged citizens to email or write to the Port of San Diego Planning Department at PMPU@portofsandiego.org. Direct mail to: Port of San Diego, Attn: Planning Dept., 3165 Pacific Highway, San Diego, CA 92101.

Only email or direct mail correspondence will be counted and considered. Time is short. Although the Port made public its PMPU at the end of April, and held four community discussions (Coronado’s on July 15 was added later), it is now close to the Port’s deadline to receive your comments no later than July 31, 2019. Sending in your comments, and encouraging everyone you know to, is the best defense against a Port policy decision that will allow high density development by their leasehold tenants. 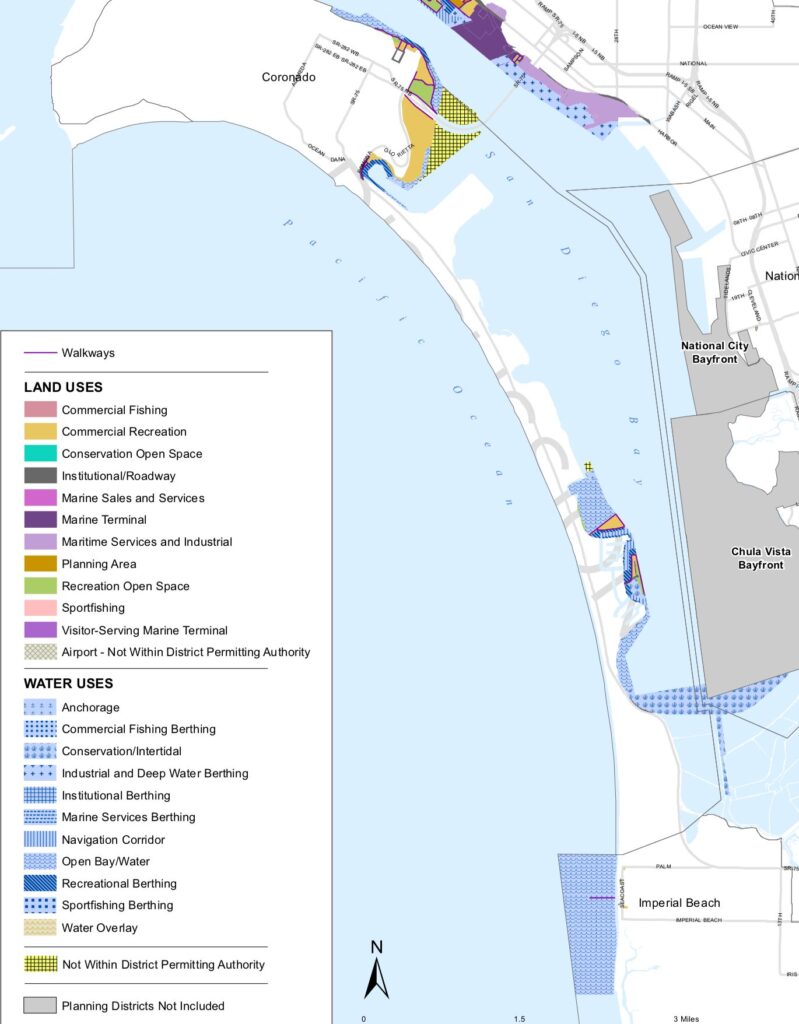 City of Coronado to Offer Safe & Festive Holiday Events for 2020

To help get residents in the holiday spirit, the City of Coronado is planning holiday activities that are safe, festive and fun, and that...
Read more
Community News

A Coronado family is encouraging kids to drop their letters to Santa in a special mailbox at 1040 Pine Street. All letters will be...
Read more
Community News

If you want to feel hopeful about the future, spend a few minutes chatting with Annika Laughlin, Coronado High School graduate, class of 2020!...
Read more