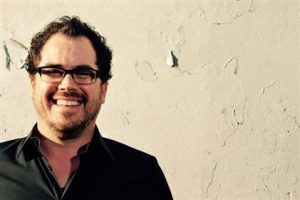 Coronado resident Frank Ralls is the founder and director of Coronado Arts Academy. Frank was also involved in writing and producing the Color-Fest parade at Shanghai Disney. And recently, he was invited by Walt Disney Imagineering to compose and produce original music for the new Star Wars: Galaxy’s Edge attraction at Disneyland and Disneyworld. Star Wars: Galaxy’s Edge is an all new land that opens to the general public on June 24th.

Frank is charismatic and excitable. He tells me about his recent music collaborations with Hans Zimmers Emmy nominated company Bleeding Fingers. Episodes Frank scores include a new docuseries on Netflix (ReMastered) and an exciting new project soon to be released on Apple’s upcoming streaming service. While insanely accomplished, it is his love for Coronado Arts Academy that really shines through when speaking with him. 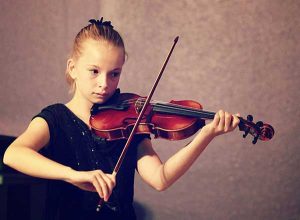 The Coronado Arts Academy was founded in early 2018 as an after school program and currently has 30 students enrolled. While Frank recognizes the various arts programs already established in Coronado, he saw one area in which Coronado was sorely lacking – a string program (think guitar, violin, viola, cello and double string bass). Frank explains, “I saw a niche, a void, and I thought, ‘if we can get this type of arts program going…'” Thus, Coronado Arts Academy was born.

While the Disney and Apple TV ventures took up much of Frank’s time this year, it  encouraged him to seek out great teachers to build CAA. There were three components essential in recruiting his team of teachers: education, experience, and the heart for teaching. He shares that through his own schooling and into his career, he had three prominent mentors. Those mentors, in their own way, gave him the feeling that if it wasn’t for them, he wouldn’t have the opportunities he does. It’s that emphasis on mentorship that Frank evokes from the CAA teachers. Recognizing the importance for students to have teachers they can lean on and help them grow, in more than just the music room.

“Summer of Strings” for elementary students will begin in 2020. Taking his time to find good teachers and expand interest in students will create a dynamic summer program next year. In the meantime, Frank is focusing on working with other Coronado arts programs. He is looking for “collaboration with local dance academies and area arts. I don’t want to start my own programs everywhere, I want to connect.” He continues, “I believe in investing in our community, and the academy has great potential to do this.”

While Frank uses the CoSA classrooms for Coronado Arts Academy, he dreams of his own space one day. “It would be great to develop a ‘School of Rock’ theme. Expand in music production, having students recording others taking classes, the sky is the limit!” Frank smiles as he shares the dream. While it sounds ambitious, one thing is for certain, there is nothing holding this imagineer back.

Coronado Arts Academy will be releasing their summer schedule in the third week of June. For the year-round after school programs, the first lesson is free. Please reach out to Frank on the Coronado Arts Academy website for more information. Additionally, if you or someone you know has a home that can be used for this vision of bringing students and their talents together, please contact Frank through his website.

In June, Carol and Jonathan Goldwasser shared that they would be taking over the Cafe 1134 space and transforming it into a Parakeet Cafe,...
Read more
Advertisement
Sponsored Partner Links