CHS Longboarders in the Lineup for State Championship

Surf’s up in Oceanside this weekend for the Western Surfing Association High School State Surf Championships. Now in its ninth year, the Scholastic Surf Series (SSS) showcases a professionally managed competition for nearly 100 school surf teams ranging from Santa Barbara to San Diego. Categories for competition include team and individual shortboard, longboard, and bodyboard challenges for both men and women.

The Coronado High School boys longboard team is poised for a wave of success as they enter the weekend lineup, claiming an undefeated season so far and returning to the competition as the reigning champions from 2018. CHS Surf Coach Mike Gillard applauds the team’s success competing as a Division 1 school amongst much bigger schools and with ever-variable conditions:

“The thing about surfing competitions is that conditions are constantly changing. You have to adjust on the fly to find good scoring waves which is not easy. For the team to be undefeated is amazing! I am very proud and honored to be part of it.”

“There doesn’t seem to be a lot of reasoning behind why there are more competition spots for shortboard than longboards,” says Coach Gillard, “but we will fill up as many spaces as we are given. It’s a great experience for the kids to get into that setting wherever possible.”

CHS Senior Sydney Zoehrer, currently ranked #1 in the women’s longboard competition will also be competing in the state championships this weekend.

Despite most of the competitors being seniors, Coach Gillard isn’t discouraged by the prospect of losing his best surfers in the years to come:

“We have some really talented kids that are juniors or underclassmen now, and of course there will be a whole new batch of 8th graders coming through the ranks next year. Every year is an opportunity to learn and improve. It’s great being able to see them grow and progress over the years.” 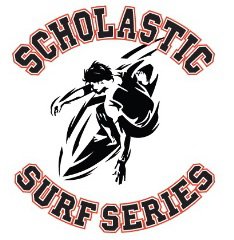 The Ocean Blvd enhancement project has garnered an outpouring of public opinion. For the council meeting on January 19, 28 community comment letters were...
Read more