It’s a new year and there is much to celebrate for our local military community with the opening of a Coronado branch of Navy Federal Credit Union, the 327th branch worldwide and the 28th branch to serve San Diego. For most who live or serve in Coronado, this is long overdue and now the wait is over. On December 21, 2018, the staff at the new branch, located at 106 B Avenue, celebrated with an official ribbon cutting and dedication attended by high ranking Naval officers, City Councilmembers Bill Sandke, Whitney Benzian and Mike Donovan, Chamber of Commerce Executive Director Sue Gillingham, NFCU Regional Manager Richard Allen, and NFCU President and CEO Cutler Dawson. 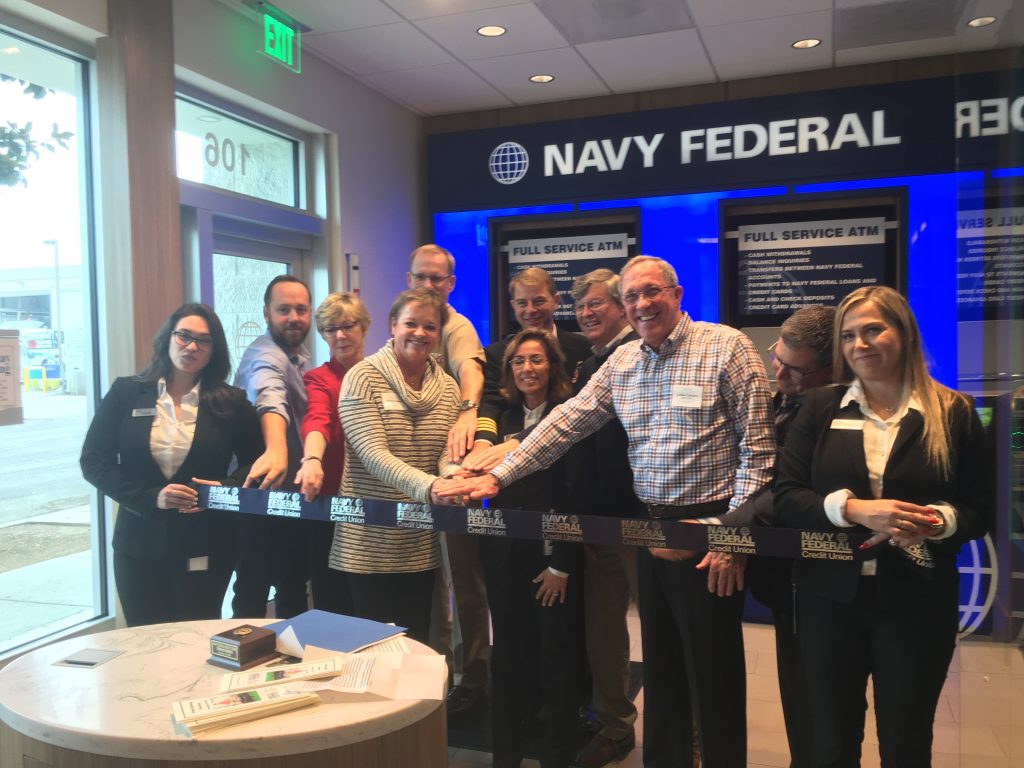 Dawson, who will be retiring on January 18, 2019 (or in military terms, there will be a change of command after 14 years), shared that this was a particularly special day for him as the Coronado branch was proclaimed to be the Debbie Dawson branch. Dawson shared that his wife Debbie has been by his side as a goodwill ambassador and supporter throughout his tenure in this position. 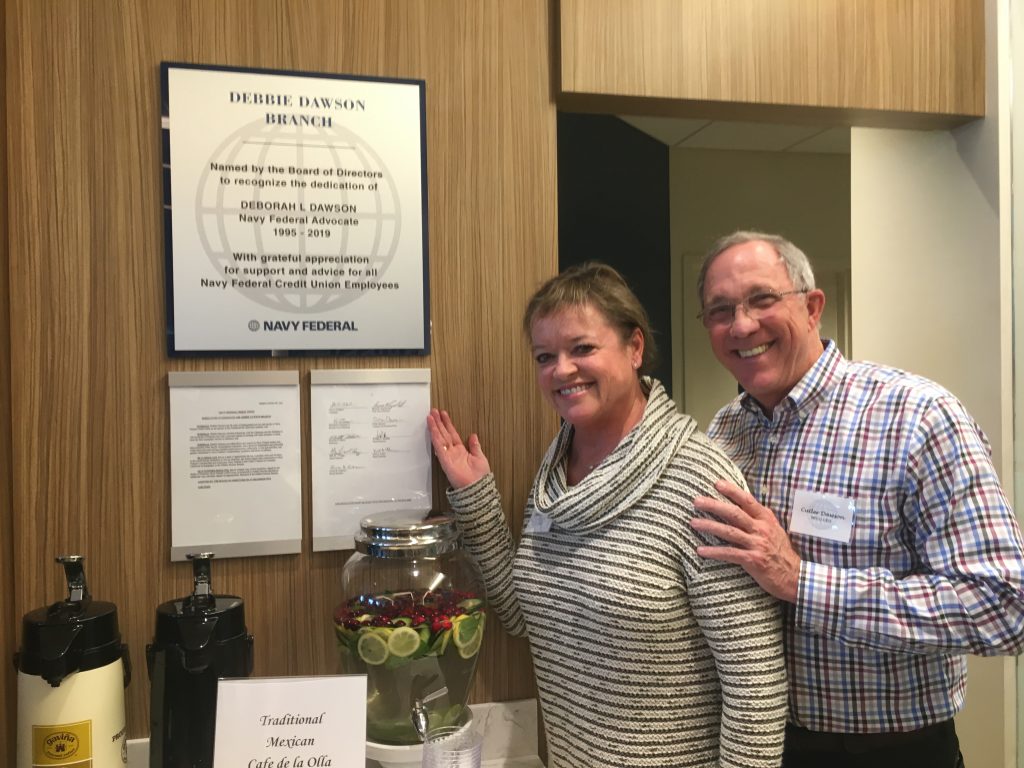 In a town where 35% of the population is military, surrounded by two military bases, with 23,000 active duty service men and women assigned to Coronado, and no NFCU branch on the bases, the staff looks forward to meeting the needs of many in the new concept branch. This new branch will serve around 10,000 Navy Federal members who live and work in the San Diego area, all part of the credit union’s commitment to continuously improve upon exceptional service to their members. There are two 24/7 ATMs just outside the lobby. For member convenience, during regular business hours,  the branch will offer instant-issue debit cards.

The first question I asked Dawson was, “What took so long?” He shared that Navy Federal has wanted to be in Coronado for a long time, but wanted to be certain that the location would be ideal for their customers. The branch is less than a mile from the North Island main gate; it’s just across from the Ferry Landing area, on B Ave near the corner of First and B next to Taco Bell/KFC. My second question, “Must one be active duty or a spouse to become a member?” Dawson then asked if I had anyone related to me by blood or marriage who serves. I do, my brother in law is currently deployed. “You qualify,” he said. This means that for many who might think they are not qualified to become a member and enjoy the benefits of a credit union, you may well be! 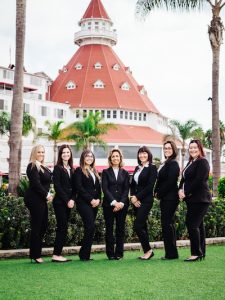 The incoming CEO and president, Mary McDuffie, makes history as the first female to assume this role in the 85-year history of the credit union and will no doubt continue to uphold the brand excellence NFCU is known for. With locations nationwide and internationally it is impressive to note that in their history they have never had a layoff. They believe there is strength in the team and are committed to their employees just as they are their members.

The new Navy Federal branch is located at 106 B Avenue, Coronado
Branch hours are 7:30 am to 4:30 pm Monday through Friday 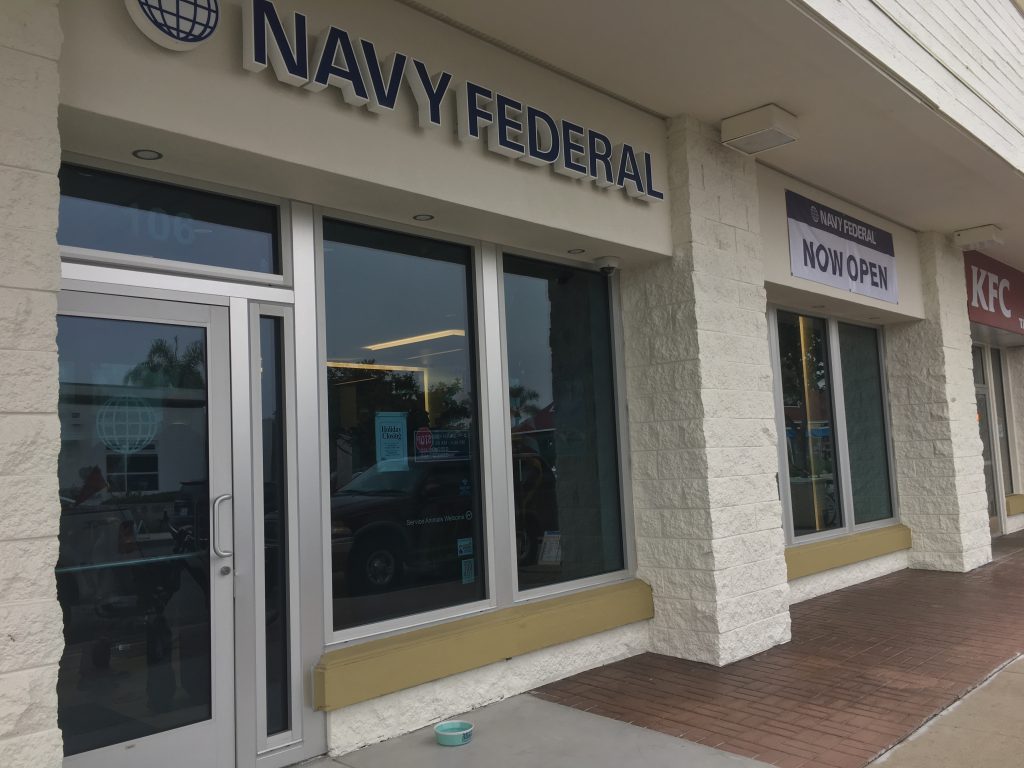