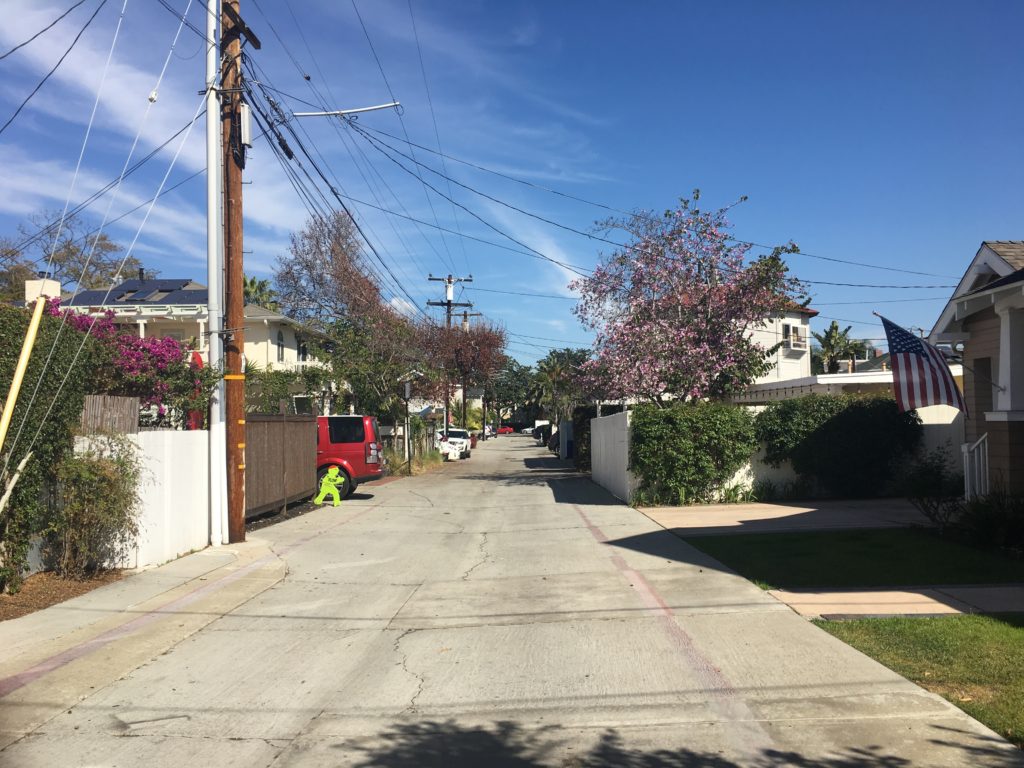 Never in my wildest imagination did I think I would be explaining my address based on the in-betweens of streets since alleys don’t have names. But I am. Actually, I just give people the address of the house on the corner of the street and alley otherwise it’s a lost cause and they are at the front of the house which is inconvenient to everyone. 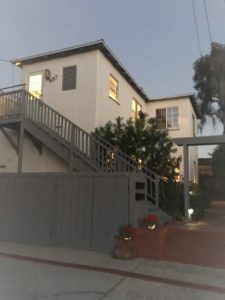 For the first few months after relocating to the island, I was embarrassed to say, “I live in the alley.” Then I realized how much I enjoy it. People who live in Coronado see it as a “norm,” and visitors come to realize quickly that every inch of Coronado is valuable real estate.

As I bicycle up and down the streets on both sides of Orange from First Street to the Hotel Del I am amazed to see more than just little back houses or above-garage apartments. There are million dollar homes with front doors facing the alley. In a way, it feels like you put your shirt on backward until it becomes clear that this is a lifestyle. One such alley even has a name, El Chico Lane, which by all appearances looks like an alley just like the rest with a concrete roadway except it’s entirely lined by million dollar homes on both sides. 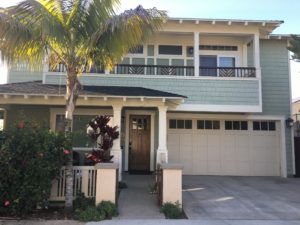 As the months have passed I have become quite fond of our new lifestyle and the camaraderie amongst the neighbors. It’s different than living in a condo or apartment complex, many of the neighbors have lived for decades in their homes. It’s different than living on the main street, which is wider, and with the traffic that extra 10’ separation seems like miles. In the alley, there is no center lane line, it’s a like a wide driveway. We are far enough away to feel separated and close enough to holler out the window for your child to come home from the neighbor across the way. 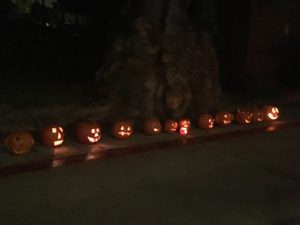 And then there are the alley parties. The family on the corner of my alley invited us first to a pumpkin carving party. Tables, trash cans, pumpkins, families and fun. It was a great time. The fun didn’t stop there though; well it did for the kids, because their Christmas party was adults only. And it was packed with holiday cheer into the wee hours of the morning. A grown-up, festive night for all.

It’s not just my alley that has parties though. I was invited to an alley party to honor the 20th wedding anniversary of a couple who happens to be neighbors with my co-worker, Steve. Steve was asked if he would “lend” his garage for dancing, and he kindly obliged and opened it for the party.

Tents with tables and food, firepits, a dessert and coffee/cocoa table and the gathering of friends new and old in the alley. A cornhole game, ping pong table and befittingly, Hotel California by the Eagles was filling the air. Happy anniversary to Susy and Duane. Here’s to the next 20 and the next party.

It’s not just parties and conveniences, but it is truly a sense of neighborhood. My neighbors recognize my daughter. They offer to lend a hand when it’s apparent one is needed. They let one another know if an interior car light is left on or a lift gate to an SUV is left open. My alley neighbors jump in and offer up a babysitter, sports equipment, and even business connections.

As unique as being an alley dweller is, I can honestly say it’s become the favorite lifestyle I’ve lived thus far.

Editor’s Note: I’m a Coronado ‘alley dweller’ as well, have been for three years now, and I fully agree with Chris. 18 years on another street in town and it took most of that time to meet a few neighbors and we never became close with many. Within months of our alley life we knew most everyone in our alley and consider them friends and people we could call upon.

County COVID-19 Cases Reach 603 Through March 30, a total of 603 COVID-19 cases have been reported in San Diego County, including 84 new cases...
Read more
City of Coronado

Submitted by Anne Boston ParishLemons are simply amazing. Not only do they have a bright and fresh scent, but there are simply so many...
Read more