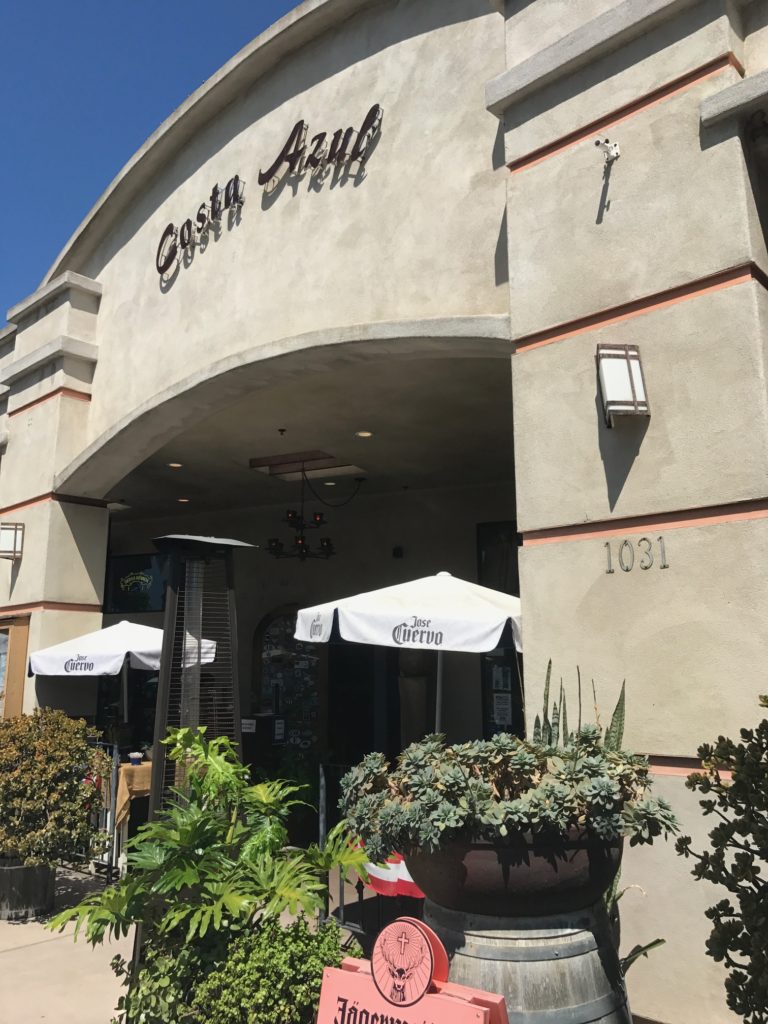 Both local social and print media last week announced that Costa Azul would be closing at the end of November. While that turned out to be inaccurate, it was not too far from correct at the time. In fact, Brant Sarber had earlier sent a letter to Bruce Kleege, the new owner of the Coronado Assemblage, to let him know that he intended an early leave from his current lease. He had even scheduled the auctioneer to come and auction off remaining items from Costa Azul. His thoughts were that it would be better to move on now and get up and running in a new spot rather than work up until the beginning of the summer season (which is when he otherwise would have been expected to vacate).

A couple of phone conversations with Kleege later, the situation was entirely reversed and, as Brant put it, “We were granted a stay of execution.” Brant now has a lease that runs through August of 2018. There is a possibility, of course, that he could stay longer.

Brant kindly invited the The Coronado Times to visit with him at Costa Azul to discuss the new lease. When I arrived, he approached me with drill and tape measure and said he just needed to finish up a little job he was working on. I was famished and had the good fortune to snag a basket of the house chips and salsa and a bowl of pozole.

As anyone who has eaten at Costa Azul knows, the house salsa is a perfectly roasted salsa that goes well with chips or simply added to pretty much any dish, but especially with pozole. While I was there, two gentlemen entered and announced that they were there for lunch to celebrate the lease extension.

As Brant recounted it, he received a lot of love from the local Facebook group posts about his impending closing. He was thrilled to be staying and said he thought that Kleege had now spent some time understanding what the possibilities could be with existing businesses.

In fact, Brant said that he was doing a small renovation project that he hoped would enhance Costa Azul for the community. He is planning to build a partial wall to separate a smaller area of the dining room from the bar. This would allow for private functions that would have their own area of the dining room as well as be able to spill out onto the patio. Hopefully that could be ready for holiday bookings. Additionally, it would give the bar a bigger feel for those who come in for happy hour or later at night for music.

In general, this is Brant’s desire: “to be a local place, catering to local clientele with food for the entire family.” His hope is to “keep doing everything possible to continue to satisfy locals.”