Dead Sea Mammals Wash Ashore on Our Beaches; Cause “Unsubstantiated”

Last week saw sea mammal corpses washing up on our beaches. According to Citizens Against Sewage (CAS), four deceased marine mammals were found by the US Border Patrol – Imperial Beach Station between the border fence and the mouth of the Tijuana River. One sea lion, one dolphin, and two seals. In one day. Ginger Sacco, from CAS, says this is the largest number of dead mammals found in a given day. You can say that this is happening in Mexico, but it’s not; it’s Imperial Beach. 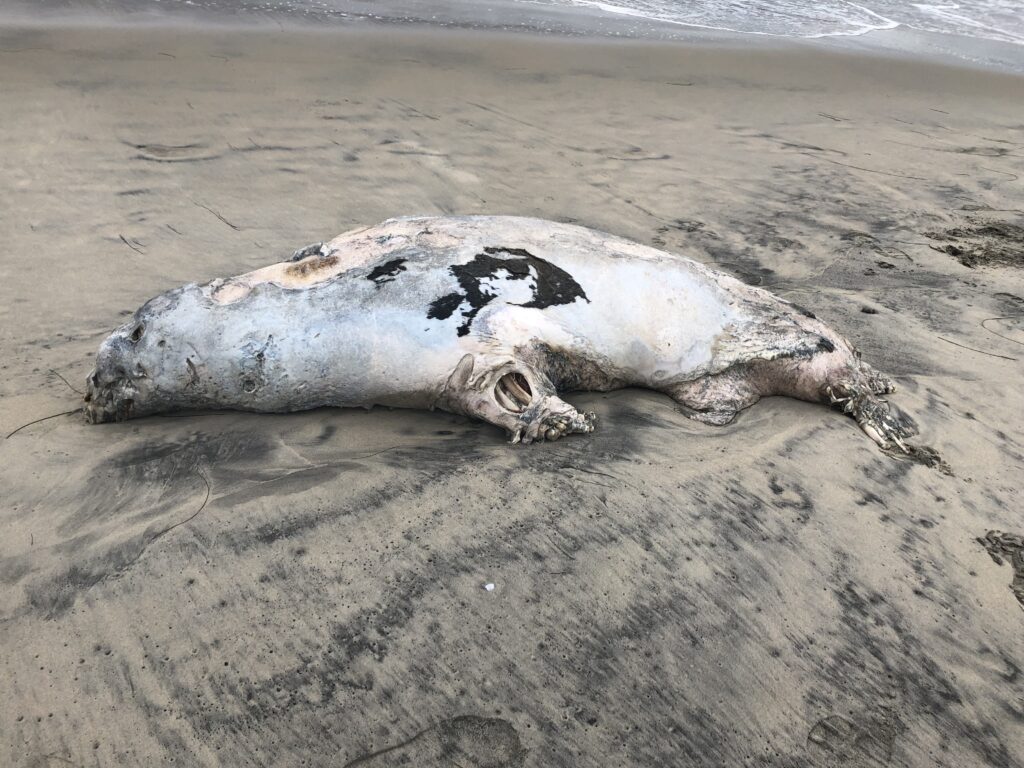 And, it’s not just Imperial Beach. One of our own Coronado Times staff witnessed a dead seal on the beach near the Coronado Shores last week as well, just prior to it being scooped up and buried by the city. That is Coronado.

This isn’t all that new – in fact, local and even national news outlets have been reporting heavily about sewage in our waters since a massive flow (256 million gallons) in February this year.

But this one is different, for a variety of reasons. First, this one has made national news because of the impending lawsuit between Imperial Beach and other cities against the International Boundary and Water Commission (IBWC). Additionally, Imperial Beach Mayor, Serge Dedina, was sickened after surfing in the tainted water. But, moreover, this one is different because it is not an IBWC officially documented spill.

How does a spill get reported or documented by the IBWC? There are two potential sources of “hard data” on spills. The first would be from the spiller. For instance, if there is officially a spill from Mexico, then Mexico reports it. The second source is a gauge that measures Tijuana River flow. This is officially measured and reported by the IBWC. While this might be stating the obvious, if there is flow into the river, it will pollute the surrounding land, the dry river bed and push pollution onto the beach and into the ocean. If there is a larger than usual flow of the river, then this indicates that there is additional “stuff” in the river than we would normally expect. That stuff could be sewage or garbage or chemical pollution. But, it can also come from rainfall (so, in the report that shows flow, there is also a report of precipitation) or potable water that is dumped for one reason or another. It is important to note, though, that the river valley itself is so polluted that even if the water provides additional flow into the river is clean, it pushes through pollution from the dry areas of the riverbed. So, it is still a factor in ocean pollution.

While the river flow gauge provides “hard data,” it has a number of weaknesses. First, it is located in a single spot. If the flow is elsewhere, it might not reach a point where it is captured on the gauge. Second, pollution can be dumped straight into the ocean south of the border, rather than into the river. In that case, it can still pollute our beaches and water by flowing northward with ocean currents.

Other sources of information on spills are private citizens, who report seeing or smelling it, and Border Patrol agents, who witness it. If the IBWC confirms such a spill, then a warning can be sent out.

However, it can and does happen that no spills are reported or confirmed and the evidence comes too late to stop sea mammals from dying and humans and other animals from getting sick from exposure to pathogens in the sand or water. This is what happened near the end of October that resulted in Mayor Dedina getting sick and sea mammals washing up on our beaches.

According to data that CAS has collated from IBWC, there have been confirmed spills every single month of this year, following the big one in February. However, the damage from the most recent incident is not recorded in the IBWC data.