With October officially here, Coronado residents are already getting excited about the scariest night of the year, but what if something even more frightening could be lurking before Halloween? The flu. Boo! When it comes to tricks and treats, influenza isn’t something anyone wants!

With influenza vaccines now available, you can obviously schedule a flu shot appointment with your primary care physician, but sometimes trying to schedule that can almost be as much of a headache as the symptoms of the flu itself! While The Coronado Times is certainly not advocating one way or another regarding whether you choose to get a flu shot, we instead are offering information for those of you who are interested in protecting yourselves from the flu.

If you’re one of the many people who assume that living in sunny California puts us in a position where we don’t have to worry about being exposed to the flu, think again! With the number of tourists who are constantly visiting the Crown City, along with the dollars they spend here, they are also bringing their germs with them. Plus, if you travel during flu season, think about all the germs you’re exposed to on airplanes. 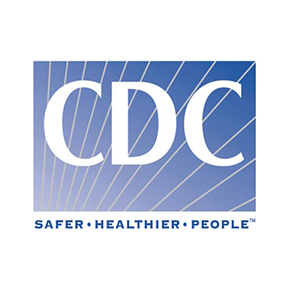 According to the Centers for Disease Control and Prevention, which recommends a flu shot for everyone ages six months and older, during the 2016-2017 flu season, California was one of nine states along with Puerto Rico that reported local influenza activity as opposed to sporadic influenza activity reported by thirty-four states and the District of Columbia and no influenza activity reported by four states and the US Virgin Islands. Translation: California was hit harder by the flu than the majority of the other states. Arizona, which experienced regional influenza activity, was hit harder than California, but when you stop to think about how many Zonies frequent Southern California, it’s understandable to see how easily the flu could be spread to our area. Break out the surgical masks! 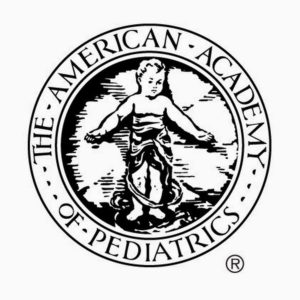 Dr. Stephanie Rickey, a pediatrician as well as one of my lifelong friends, encourages her patients to get their flu shots each year, following the guidelines put forth by the American Academy of Pediatrics. Dr. Rickey, who notes that the effectiveness of the flu shot can fluctuate from year to year, says, “While the effectiveness of the flu vaccine varies, it is still the best measure we have to prevent the flu. It can significantly reduce the risk of flu illness as well as hospitalization due to the flu. And if you do still end up getting sick, you may have a milder case of the flu than you would have if you hadn’t protected yourself.”

Because I personally have experienced influenza not once, but twice, I make sure to get a flu shot for myself and my daughter each year. The flu is no joke! From my influenza experiences a few years ago, I can attest that both times I felt completely fatigued, and I basically faded in and out of consciousness, too weak to lift my head off my pillow. In a nutshell, it was awful, and totally put me out of commission while it lasted.

My ten year old daughter Addie, like practically every child I know (and adult for that matter), cringes at the mere mention of getting the flu shot so I try to make it as fun as possible. For the past three flu seasons, Addie and her friend Libby have gotten their flu shots together. (Isn’t everything better with a friend?)

During the 2015-2016 flu season, the girls, both military dependents, got their flu shots on base at the North Island Branch Medical Clinic. Libby’s mom Amy and I surprised the girls, telling them we were taking them somewhere “fun” after school one early release Wednesday. The girls were not amused when they found out that we duped them. (In fairness to Amy and me, we treated the girls to ice cream at McDonald’s afterward, which at least helped the girls not hate us quite as much as they did when we pulled into the clinic’s parking lot.)

Last year we brought the girls to Rite Aid (836 Orange Avenue), deciding to at least warn them in advance this time around. They still weren’t happy with us, but they were at least receptive to our bribe of heading to Fuzziwig’s for a treat if they cooperated. (I told them if they weren’t good, the pharmacist would be forced to stick the needles in their foreheads. Once again, they were not amused. Apparently laughter is not always the best medicine.)

This year, now that the girls are in the double digits, I have to say that it was easier than ever to protect Addie and Libby from the flu. Score! We went to Walgreens (925 Orange Avenue) after school one afternoon last week, promising the girls they could pick out a treat if they cooperated, which they thankfully did. Even though Addie and Libby are practically all grown up, Amy and I smiled, noting how the girls still hold tight onto each other’s hand when it’s go-time with the needle.

I got my flu shot at Walgreens as well, thrilled that the entire process, from answering a few brief questions to getting my bright red bandage, only took a few minutes of my time. Just to ensure that this year’s flu shot process was equally effortless at Rite Aid, I accompanied my friend Erin as she got her influenza vaccine at Rite Aid. Of her experience with this year’s flu shot, Erin shared, “I feel like I have no excuse to not get the vaccine since it’s so easy! I walked in, filled out a quick questionnaire, and walked out the door within about eight minutes! The pharmacist did a great job, and I didn’t feel a thing!” Erin, who confides that she hates needles, was relieved that it was over and done with, and walked out of Rite Aid with an almost giddiness.

For questions in advance as to whether your particular insurance covers flu shots at Walgreens and Rite Aid, see additional information at the conclusion of this article. Also see additional information for date and times that Sharp Coronado Hospital will offer free flu shots. Regardless of whether you choose to get your flu shot at your doctor’s office, one of the pharmacies here in Coronado, or Sharp Coronado Hospital, I find it best to treat yourself afterwards. What motivates you to get an inactive virus injected into your body? That’s your call! 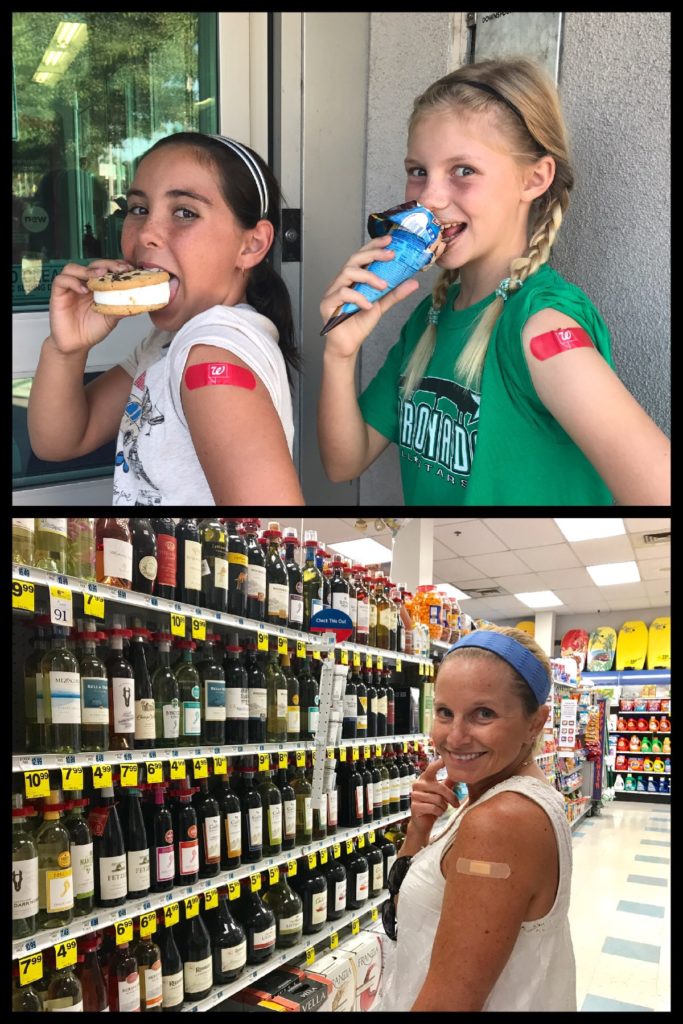 Even though Addie and I have protected ourselves from this year’s strains of influenza, that doesn’t mean we’re carefree when it comes to germ exposure. At a recent trip to the grocery store, a woman pushing a cart next to us stopped mid push as she sneezed into her hands. As we simultaneously said, “God bless you,” Addie and I watched her put both hands back on the cart. Ugh! Addie looked at me in horror, and whispered, “Eeewww! Why did she sneeze into her hands?”

It was then that it occurred to me that how we sneeze is a generational thing. I explained to Addie that when I was her age, we were taught to sneeze into our hands so we didn’t spread germs. Over the years, however, that has changed, and now children are taught to sneeze directly into their elbows. (Imagine Dracula covering his face with his cape or dabbing.) It wasn’t until Addie started watching Sesame Street that I learned the “right” way to sneeze, thanks to an awesome song by Elmo and Rosita. If I didn’t have a child, I probably would still be sneezing into my hands like the lady in the grocery store.

If you sneeze into your elbow, you’re not only helping to stop the spread of your airborne germs, you’re also ensuring that you won’t be contaminating anything around you with germ-ridden hands. (Just make sure you’re not encouraging others to touch your inner elbows, which hopefully won’t be an issue anyway because that’s straight-up weird.)

Experts say best practice is to use a tissue if readily available.

After our trip to the grocery store, we headed to Addie’s fall softball game. At the end of the game, I watched with a humorous bit of horror as both teams touched hands with one another as they said, “Good game,” to each other. I realized that Addie, who was the last one in her team’s line as she shook hands, not only touched every single player’s hands on the opposing team, but essentially touched every single one of her teammates’ hands too. No matter how careful we try to be during flu season, certain cultural courtesies will continue to be a beacon for germs, won’t they? (I would suggest the girls start tapping elbows instead of smacking hands, but who knows how many of them already sneezed?)