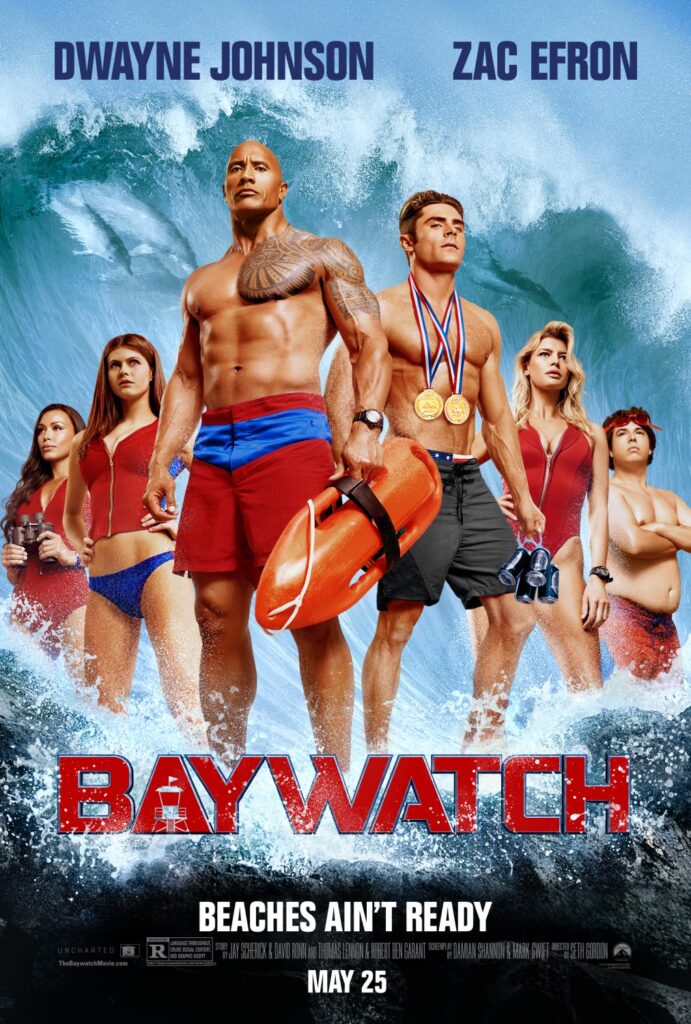 In this remake of the classic TV show, Dwayne Johnson stars as Lt. Mitch Buchannon, the leader of an elite team of lifeguards in Emerald Bay, Florida. He is the hero of the local community, beloved for saving over 500 swimmers in his career. Together with his veteran co-workers, C.J. (Kelly Rohrbach) and Stephanie (Ilfenesh Hadera), the Baywatch lifeguard team maintains safety and justice on the bay.

The Baywatch team is prepared to take on a few new recruits, but only smart Summer (Alexandra Daddario) and lovable Ronnie (Jon Bass) pass the challenges and are chosen.

Meanwhile, another recruit has shown up on the beach — Matt Brody (Zac Ephron), who believes he is a shoe-in to the team because of his swimming record as a two-time Olympic gold medalist. Mitch is not impressed with Brody’s cocky attitude, though, or the fact that he needs the job for community service as part of a plea deal after drinking too much and blowing the Olympic swimming relay. Buchanan challenges Brody to an even harder recruitment test before begrudgingly accepting him as the sixth and final member of Baywatch. 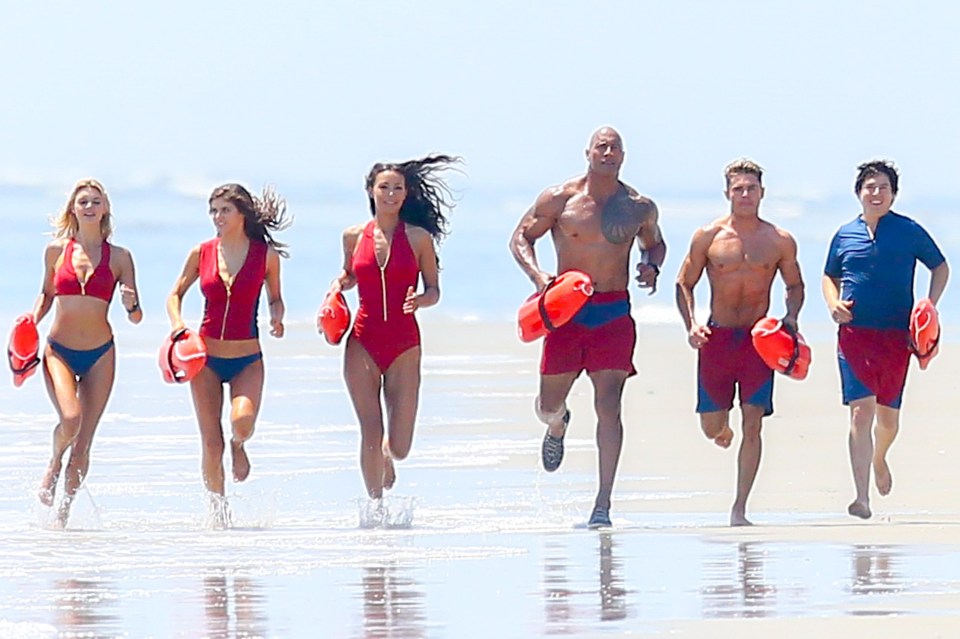 Meanwhile, Mitch discovers a packet of drugs washed up on the bay, and begins to suspect there is foul play associated with Victoria Leeds (Priyanka Chopra), the new owner of the Huntley Club on the bay. Later the Baywatch team rescues several people from a yacht fire, but Mitch suspects foul play. Mitch, Brody, and Summer sneak into the local morgue to take a closer look at the body, and Mitch’s suspicions are confirmed that Leeds is running her club as a drug processing cover.

His conviction leads to tensions on the team, though, because Brody feels like such accusations should only be made by the police, not a lifeguard team.

He has a point. But, on the other hand… this is Baywatch.

Yes, this is Baywatch, in all its slinky, salty glory. Every scene, every line, is written to get a guffaw from the audience. And so there is plenty of raunchy humor, plenty of language, and plenty of eye-rolls. But, of course, that’s what the audience came for and, in true style, Baywatch delivers.

“I liked it better than I expected,” my husband said on our walk home. “I thought it would push the envelope so much that I couldn’t even enjoy it, but it was genuinely funny, and the story was predictable and silly and heroic enough that I cared about the characters and was truly happy for all of them in the end. Sure deserved that R rating, though!”

I definitely agree, although I am sure our comfort level with the movie had to do with whom we were watching it. I can laugh at this type of movie with my husband but couldn’t sit through it with most others. So, if this type of movie is your thing, take your best friend and get ready to laugh and shake your head at this sun-soaked beach comedy. If you’re in doubt as to whether you can enjoy the standard-issue plot and graphic humor, though, you might want to pass this one by. 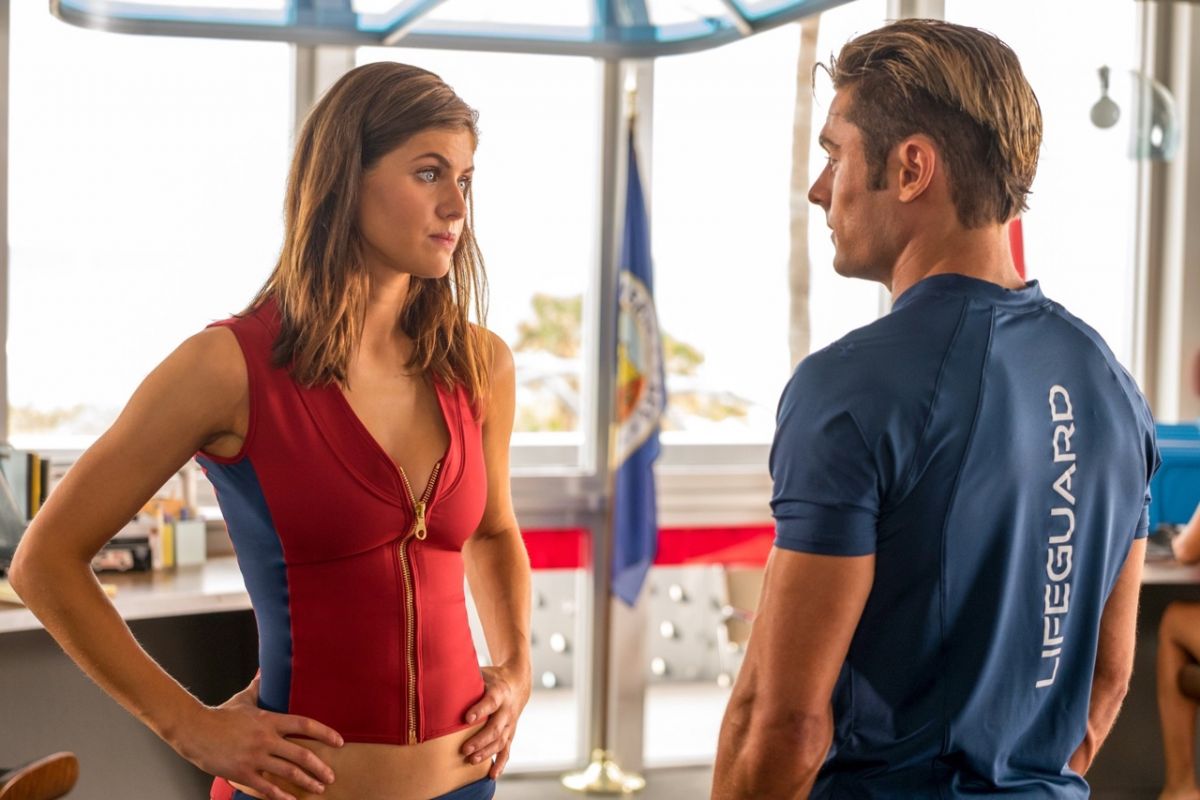