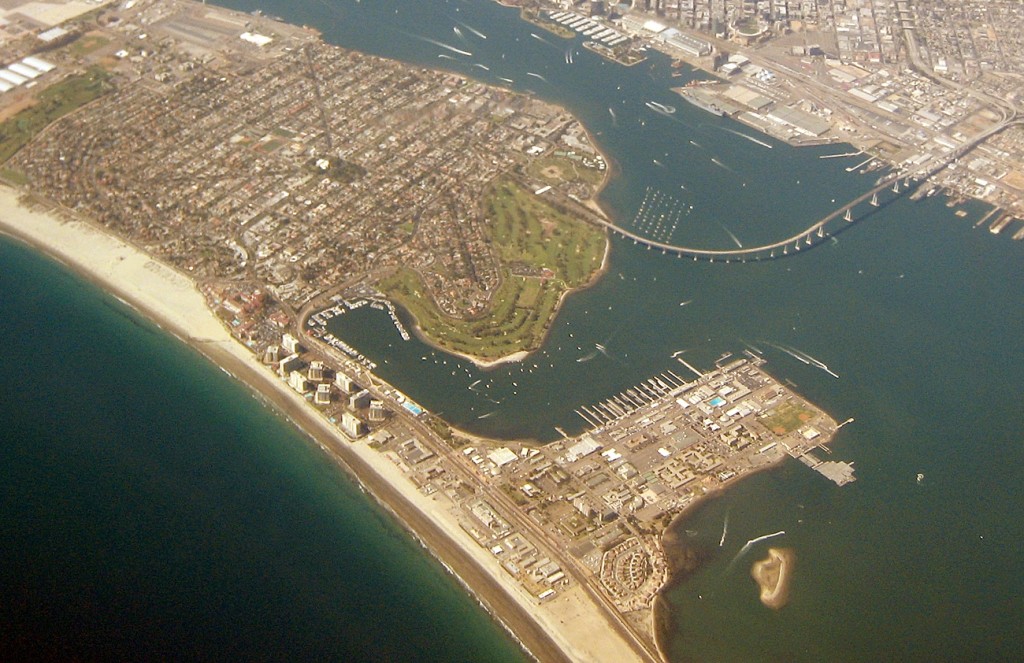 Come November, what many perceive as intolerable traffic congestion on the Silver Strand is about to get worse. November 7 is when the Navy plans to start construction on its new coastal campus.

The $700 million project is expected to take up to nine years. There are traffic plans for the first phase, which is expected to last until March 2017. In March the Navy will proffer a new traffic plan for the next construction phase.

This first set of plans calls for lane closures between and 9am and 4pm Monday through Friday. The four lane highway will be reduced to one lane in each direction. Speed will be reduced to 55 miles per hour in both directions. Up to 500 trucks a day are expected, according to Capt. Scott T. Mulvehill.

The plan was approved by CalTrans and was presented for the first time at Monday’s Naval Complex meeting.

Just ahead of these changes, the city has advanced ways to ease rush hour congestion in and around the Naval Amphibious Base (NAB) that has grown steadily worse over the past few months. Increased traffic flow and pedestrian-activated traffic signals have been singled out as the main culprits.

The signal is timed (per code and can’t be altered), to allow a pedestrian 36 seconds to cross. It only takes an average person 15 seconds. This leaves motorists idling for 20 seconds, forcing backups.

To address the problem, representatives from the city engineering team, Coronado police, CalTrans and the Navy met at 7am today near one of the offending pedestrian signals in front of the Naval Amphibious Base (NAB). “We chose the time and place to make it clear to CalTrans the problem is real,” City Manager Blair King said.

Before the meeting ended, CalTrans had adjusted light timing at the North Rendova intersection. This “significantly reduced the number of times the signals were out of sync,” according to a report on the meeting by the city’s Public Service/Engineering team.

CalTrans also reduced the southbound, left-turn arrow onto NAB from 50 seconds to 40 seconds. City staff believes that will increase queuing for southbound traffic, but “provided much needed relief for northbound traffic.”

Besides these quick fixes, CalTrans committed to provide the city with cost data and expected timing to replacing the NAB lights and possibly the Avenida de las Arenas signal to adaptive signals. The ones now in use are woefully out-of-date. Adaptive signals sense when one traffic line is too long and automatically adjust the flow to mitigate the problem, according the report.

Although a major cause, traffic signals aren’t the only contributor. Increased traffic on the Strand also contributes to the recent increase in rush-hour delays. There are two carriers in port. School is back in session and many parents who live in the Cays drive their kids to school. Waze (a community-based traffic and navigation app) and other GPS navigation systems tell drivers in the South Bay the fastest routes to take. When traffic is heavy on the 5 and 805, taking the Strand through Coronado is often shown as the best option, said Cliff Maurer, Director of Public Services and Engineering.

He also noted that there have been changes in border traffic patterns that may be adding to the problems. With new infrastructure at the border and global access, what used to take three or four hours, now takes 30 minutes, thus increasing traffic flow.

At Wednesday’s meeting all the participants agreed that increased traffic was the main culprit. No one has stepped forward with a solution for that problem; a problem that will, no doubt, be exacerbated by the traffic of the Naval Coastal Campus.

For John Duncan--who’s running for Coronado City Council--it was all a dream.In 2006, before he lived here full-time, Duncan rented a historic home on...
Read more
City of Coronado

For the first time in months, the City Council began its September 15 meeting with a ceremonial presentation to proclaim “Arts in Education Week”...
Read more
City of Coronado

https://youtu.be/FZo2A7lTbb8The Library welcomed patrons back inside this week. Find out about the initial reopening hours, what is expected from patrons and safety precautions in...
Read more
City of Coronado

Mayor Richard Bailey said a friend who doesn’t live in Coronado texted him recently joking, “Congrats on having the job that literally no one...
Read more