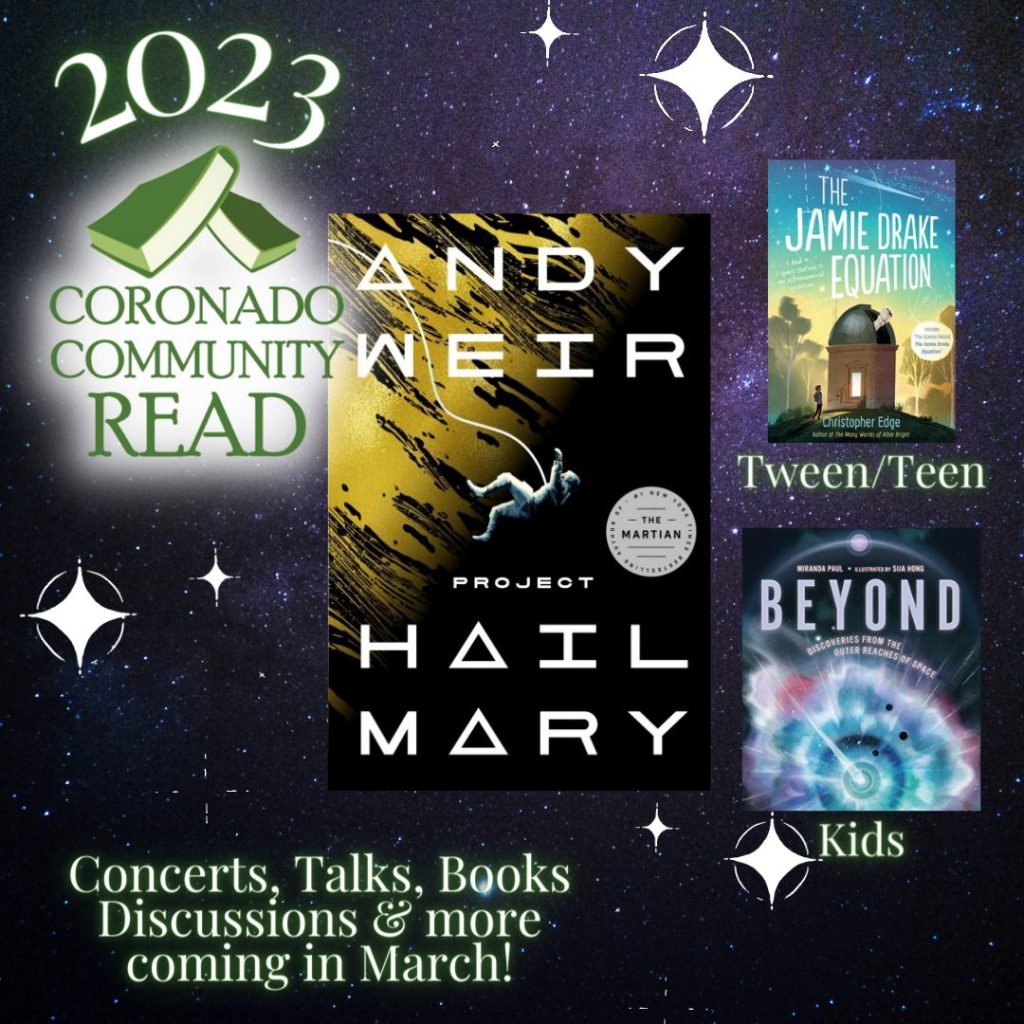 Announcing the 2023 Coronado Community READ: Project Hail Mary by Andy Weir! Now in its seventh year, the Coronado Community READ is designed to unite the community through the shared reading of a single book. The program encourages discussion and participation in planned community-building events around the theme of the title, selected by you, the readers. 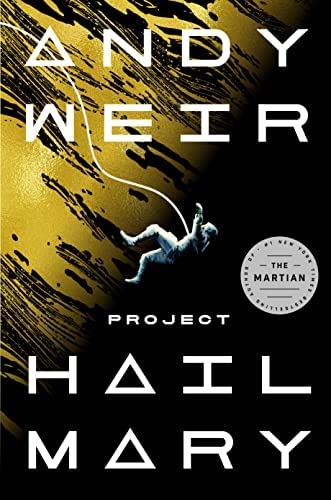 About the 2023 Coronado Community READ pick, Project Hail Mary: Ryland Grace is the sole survivor on a desperate, last-chance mission—and if he fails, humanity and the earth itself will perish. Except that right now, he doesn’t know that. He can’t even remember his own name, let alone the nature of his assignment or how to complete it. All he knows is that he’s been asleep for a very, very long time. And he’s just been awakened to find himself millions of miles from home, with nothing but two corpses for company. His crewmates dead, and his memories fuzzily returning, Ryland realizes that an impossible task now confronts him. Hurtling through space on this tiny ship, it’s up to him to puzzle out an impossible scientific mystery—and conquer an extinction-level threat to our species. And with the clock ticking down and the nearest human being light-years away, he’s got to do it all alone. Or does he?

The 2023 companion titles are: 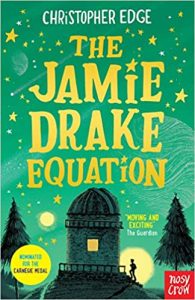 Tween/Teen: The Jamie Drake Equation by Christopher Edge. Jamie Drake’s dad is an astronaut orbiting earth in the International Space Station, and Jamie thinks that’s pretty cool. He also really misses his dad. Hanging out at the local observatory one day, Jamie is surprised when he picks up a strange signal on his phone. Could it be aliens? With his dad in space, Jamie has no choice but to investigate on his own. 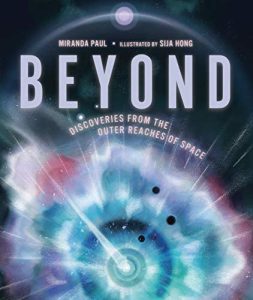 Kids: Beyond: Discoveries from the Outer Reaches of Space by Miranda Paul, illustrated by Sija Hong. This beautifully illustrated nonfiction book takes kids on a fast-paced, fact-filled journey across the solar system and far, far beyond to interstellar space. They will soar through the observable universe and discover a spectacular birthplace of stars, black holes, exoplanets, and much more.

Make sure you check out a copy the 2023 Coronado Community READ titles from the library before all our fun and exciting programs start in March! Stay updated on the library calendar for the full list of events. 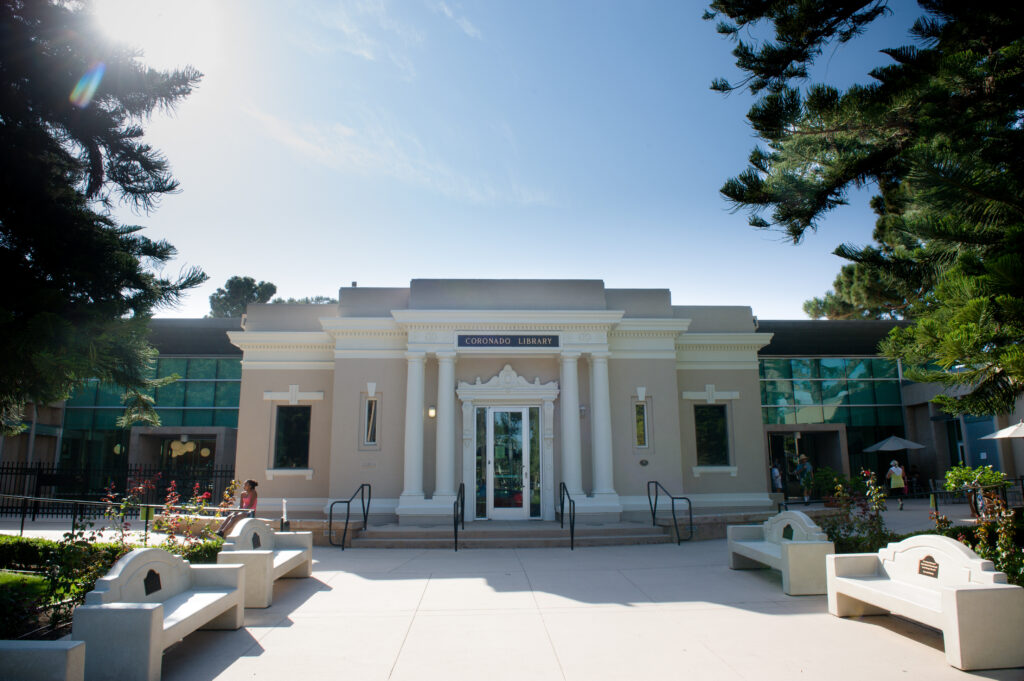