“The Good House” Has Nostalgia, But Lots of Cracks 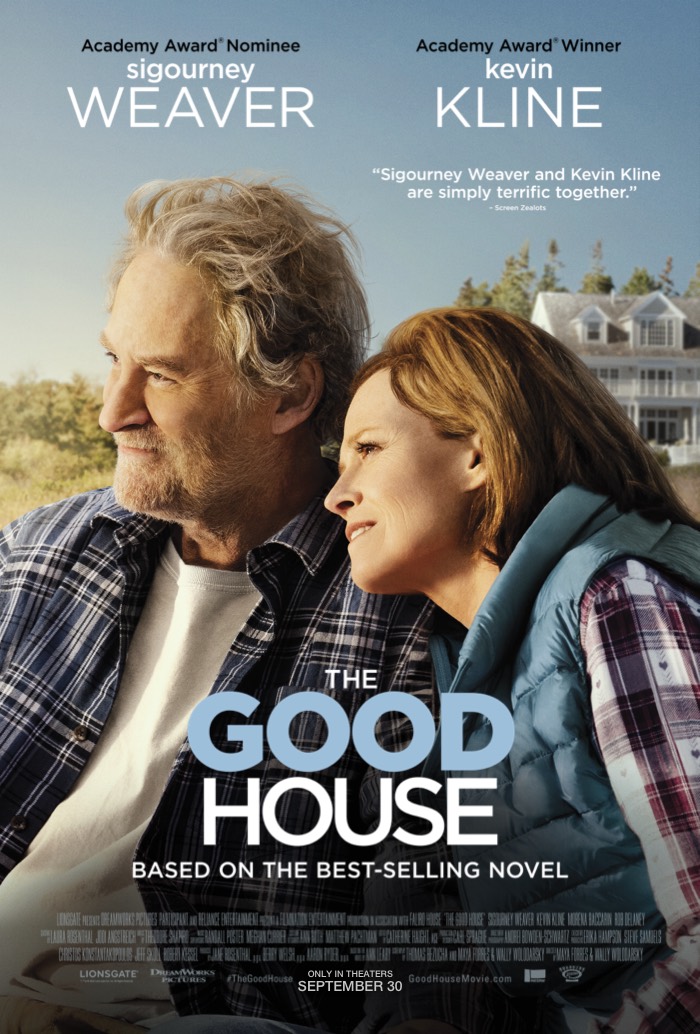 The audience is quickly drawn into “The Good House” as realtor Hildy Good, played expertly by Sigourney Weaver, stops to explain things to the camera. Her seemingly perfect life has come apart as a former employee, played cunningly by Kathryn Erbe, steals clients; and her husband, played by David Rasche, left her for a man. Hildy has lots of people she helps in her life like her assistant, her daughters Tess, played by Rebecca Henderson and Emily, played by Molly Brown, and various clients. She is completely taken back when a group of family members and friends stage an intervention, and she reluctantly goes to rehab. She shares to the camera that she is at her best three drinks in.

Post-rehab, not having acknowledged or dealt with her issues, she becomes a secret drinker, but lets the audience know that she never drinks alone, because her dogs are always present (and she talks to them like friends). Her secret human drinking buddies include her client and new friend Rebecca, portrayed perfectly by a favorite Brazilian actor of mine Morena Baccarin, and Frank Getchell, her old high-school flame played endearingly by Kevin Kline. His scruffy appearance, easygoing manner, and jobs as contractor, junk hauler, and jack of all trades don’t lead you to believe that he is one of the richer or most generous guys in town.

I have to admit to feeling nostalgic when Weaver and Kline were together, and that’s what drew me to the film  There is a not-so-sexy bedroom scene that takes place, with disruptions from the dogs and Emily, but this duo (last together in the 1990s in “The Ice Storm” and “Dave”) has a comfortable chemistry.

But there is no way to sugarcoat this as a romantic comedy, with underlying themes of suicide and alcoholism running throughout the film, which is based on Ann Leary’s best-selling novel of the same name. The Nova Scotia scenery in and around the village of Wendover is picture perfect.

As a descendant of a Salem witch, Hildy supposedly has the power to read people and does so convincingly on several occasions. With a complicated past, she doesn’t face reality and was taught to never ask for help to deal with long buried secrets and current problems. When multiple tragedies strike, her façade crumbles and she chooses to go back to rehab again, this time admitting she has a problem. Frank, her good-hearted friend and lover, promises to wait for her. In the end, this emotional roller coaster concludes as she is striving to find Hildy 2.0, better than the original, as her friend so aptly puts it. The people sitting next to me said they also came to see Weaver and Kline, but felt it was not quite what they expected.