Prohibition of new hotel rooms, mobility hubs, water-based transfer points and public docking, micromobility, and the Cays HOA and resident comments were the highlights of the first City Council Meeting of 2022 held on January 4. These issues were addressed in a proposed letter regarding the Port of San Diego Port Master Plan Update (PMPU) Draft Environmental Impact Report (EIR), which addresses allowable uses and activities, future development, and management of water and land within the Port’s jurisdiction. Community Development Director Rich Grunow gave a presentation continuing this topic from the December 21 council meeting.

As background, the PMPU in 2019 proposed 360 new hotel rooms in District 9 and 350 new rooms in Planning District 10, to which the council expressed opposition to new hotels, but was open to the discussion of allowing modest future increases to existing properties. In 2020, the PMPU was revised to eliminate any new hotel rooms, and the newly proposed plan for 2021 also makes no allowances for new hotel rooms.

Originally, the council’s comment letter included opposing new hotels, but allowed for future redevelopment to include a modest increase in rooms or conference space within the existing footprint, and stipulated that public benefit of open space, recreation facilities, or other public amenities, must be provided. Both Mayor Bailey and Councilmember Sandke felt that the Ferry Landing and hotels would need incentives to address redevelopment and issues, such as parking, noise, etc., and that was why modest development language was included.

There was discussion about the Tidelands Overlay Zone (TOZ), which came out of a citizen’s initiative in 1980, which prohibited more hotel rooms. When asked, City Attorney Johanna Canlas said that it was not a legally enforceable document, but the council agreed that the memorandum of understanding (MOU) had worked well for more than 40 years, and felt the partnership would continue amicably. Councilmember Donovan pointed out that the TOZ has specific features like height limit, space usage requirements, and felt that if things were changed now, it would open the door to renegotiation. 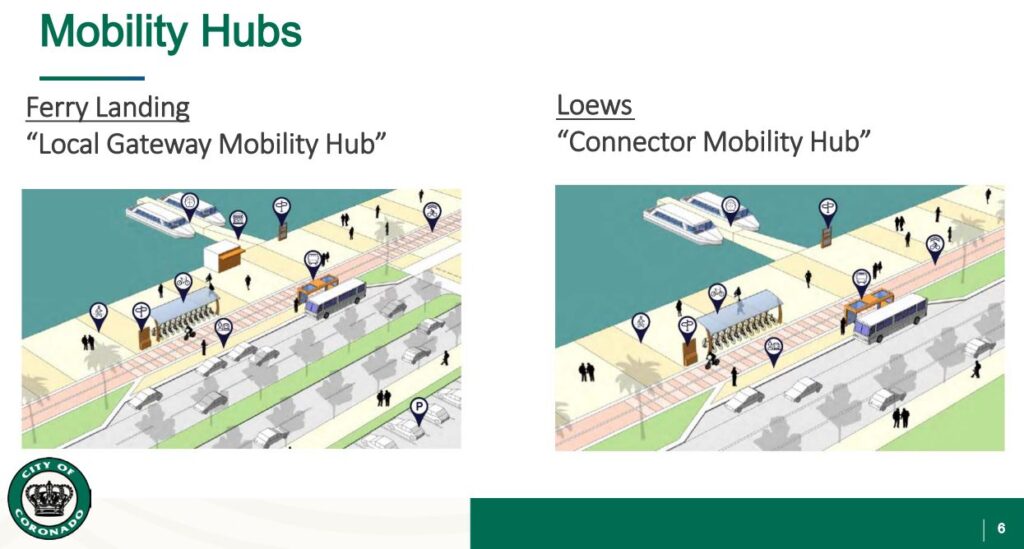 For water-based transfer points and public docking issues, the council coordinated with the Cays HOA and residents and agreed to oppose this at Grand Caribe, but had no objections at Loews. The suggestion was made to consider the state beach property north of the Cays for any new transfer points. Comments from the Cays also suggested the addition of a mitigation bank and extension of Grand Caribe Shoreline Park.  Mayor Bailey said, “We encourage transportation via water to alleviate land traffic congestion.”

On the topic of micromobility, the council asked that the PMPU recognize the city’s rule prohibiting app-based bike and scooter share services and only allow e-bike and scooter rentals from traditional businesses.

Two community members spoke and strongly urged the council to oppose any new hotel rooms. Councilmember Tanaka commented that 90 public communications had been received also advocating for no new hotel rooms. After a lengthy discussion, the council unanimously approved the comment letter that will be sent to the Port of San Diego on the PMPU draft Environmental Impact Report with the following changes: