Meticulous and whimsical. Sentimental and detached. Nostalgic and edgy. In The French Dispatch, Wes Anderson serves up a film that oozes opposites in the most artistic way possible, but you’re not allowed to linger. Essentially an ode to old-school journalism, the film pulls you through several narratives at a break-neck speed until you’re full-tilt, completely engrossed in the action, thrilled by the curious storylines and mesmerized by Anderson’s serene and highly detailed backdrops. (Here, the big screen comes in handy.)

Called by some the “most Anderson-y” film of all, The French Dispatch opens with a voice over by Angelica Houston, explaining how the son of a newspaper man (the son is named Arthur Howitzer Jr, played by a gentle Bill Murray), convinced his father to let him open an outpost in Ennui-sur-Blasé, France, where he can supplement the Sunday section of the Liberty Kansas Evening Sun. There, Howitzer assembles a talented team of journalists (played by Tilda Swinton, Owen Wilson, Frances McDormand and Jeffrey Wright) each and every one of whom he coddles and permits a wide breadth of artistic freedom. The only rules in newsroom are “No crying” and “Just try to make it sound like you wrote it that way on purpose.” 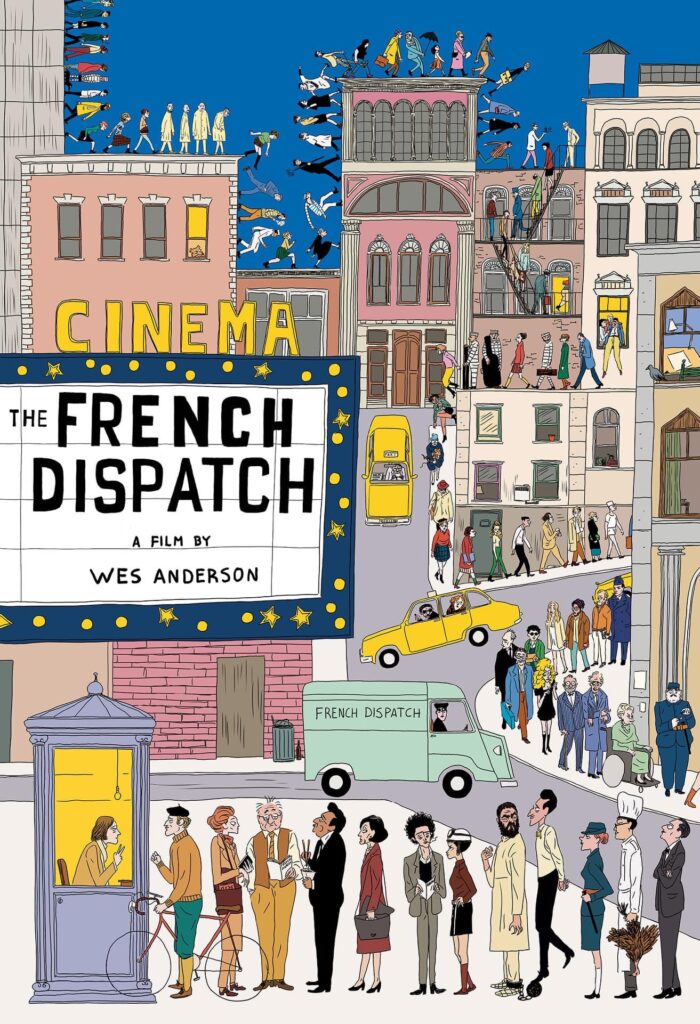 The film doesn’t delve into the private lives of the journalists and instead retells their magazine stories. Audiences will delight in the sharp dialogue and fast-paced action as much as they do in Anderson’s quirky and whimsical scenes.

“I like that there were three stories rolled into one film,” said Ian, who watched the film. “I felt transported into each story, and they moved really quickly.”

The film–a love story to journalism and bygone creative ideals as much as it is an obituary–ultimately indulges in Anderson’s reverence for the mid-century New Yorker. (Anderson reportedly once purchased a bound set of 40 years of the magazine for $600 from U.C. Berkley.) The film not only pays homage to the glory days of reporting, when core journalistic values were truly revered and encouraged, but through Murray’s portrayal, highlights the editors that nourished it. 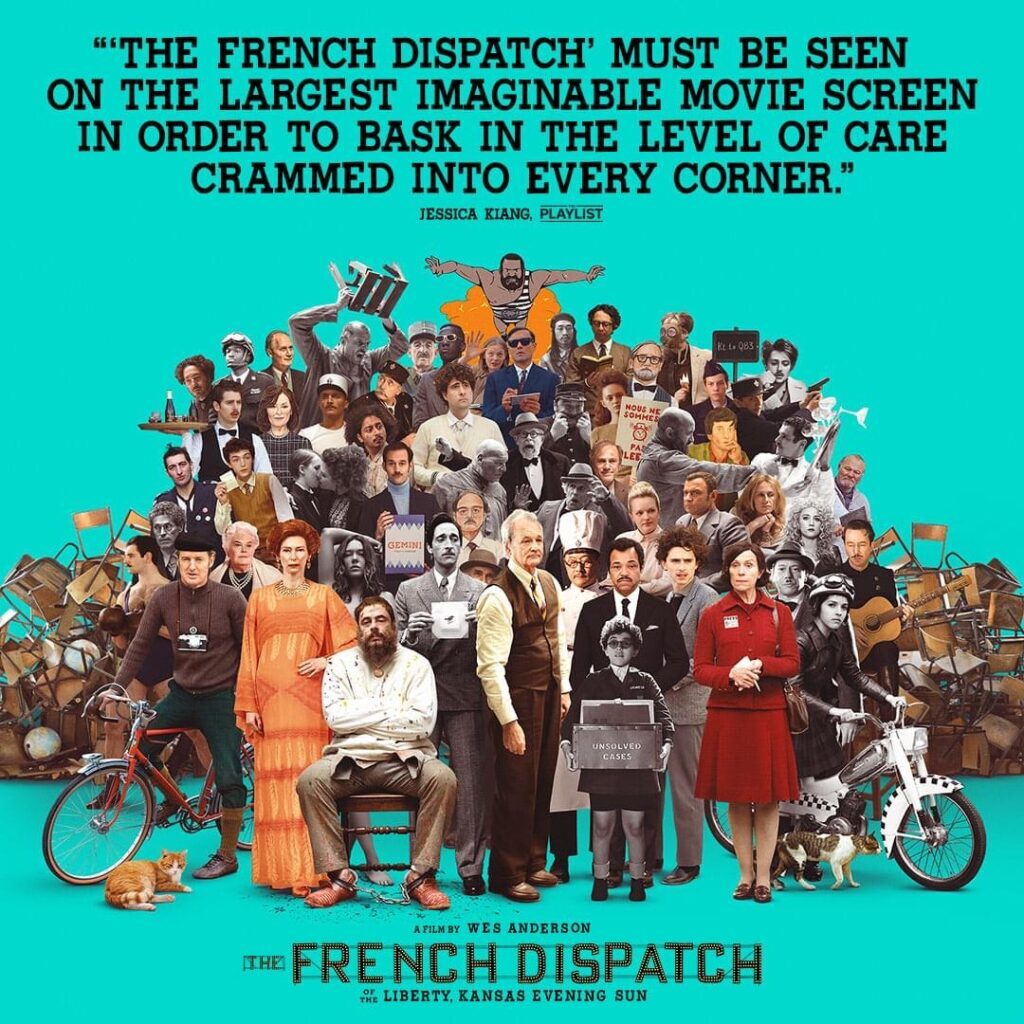 While Anderson fans will find much to love, the film sadly falls into a wearisome trope with the lady journalists: they both sleep with their sources. This feels a bit misogynistic and suggests that the only way they can truly connect with their subjects is through their sexuality. This is one cliché The French Dispatch could leave behind.

“Jurassic World: Dominion” Bit Off More Than They Could Chew