Emerald Keepers of the Month: Cindy Elledge and David Brummitt

“Living by the Ferry Landing we see so much trash, and we know it ends up out in the bay. It is something we are tired of seeing, so we decided to start doing something about it.” – Cindy Elledge 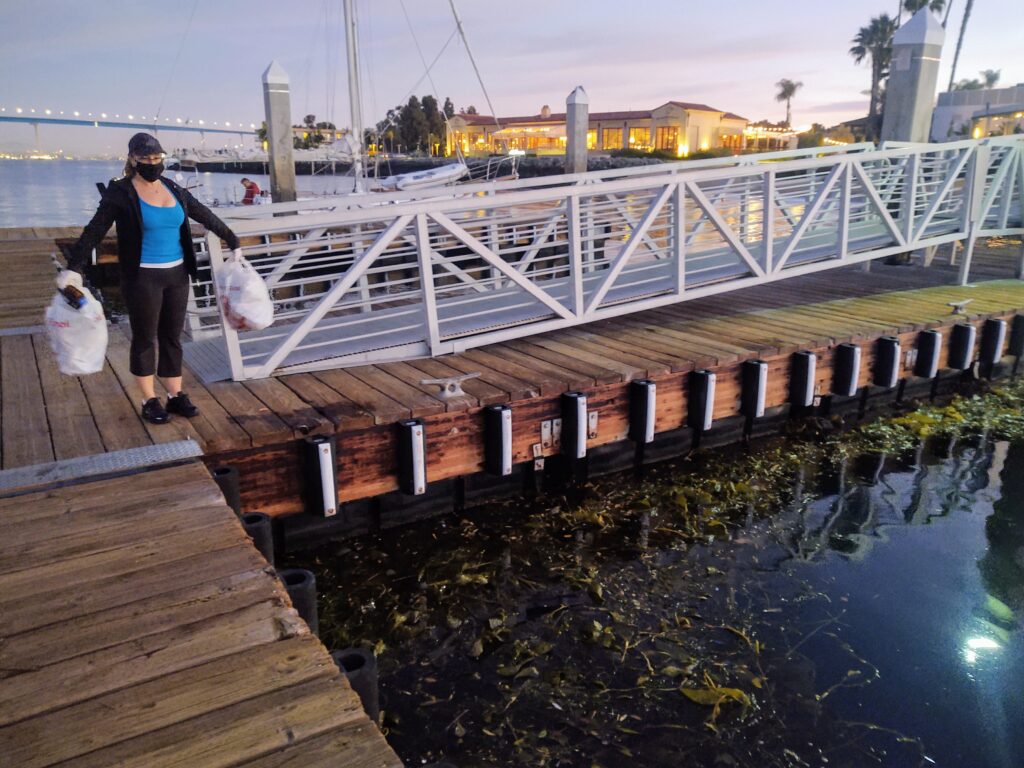 Although you can become an Emerald Keeper by a variety of environmentally friendly pursuits that include composting, recycling, eliminating single-use plastics and going solar, one of the easiest ways is to collect trash whenever and wherever you find it. Taking the Emerald Keepers pledge (emeraldkeepers.org) has as one of its suggestions picking up at least three pieces of trash every day.

The Emerald Keepers of the Month for August have certainly taken to heart this suggestion. Living near the Ferry Landing, Coronado residents Cindy Elledge and David Brummitt can be found two to three times a week with bags and pickers in hand collecting trash starting from the public pier outside of Peohe’s, in front of Il Fornaio, along the Broadstone to the Marriott Hotel and sometimes all the way to the Bridge. They begin working at the edges of the walkway where the picking is easy. More finesse is needed when they pull out trash that has gotten stuck and wedged into the rocks below the walkway. Not satisfied with picking three pieces of trash, they can fill as many of 5-6 bags with all sizes of bottles, beer cans, plastic utensils and bags, socks, fishing line, diapers, Styrofoam cups and food containers. 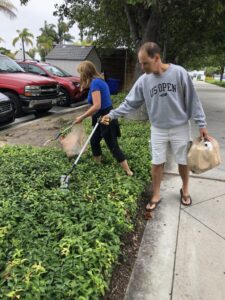 By picking up trash several times a week, they are hoping to encourage others residents and tourists as well as the local businesses to follow their example for a cleaner Coronado and bay. As Elledge explained, “We see so much trash, and we know it ends up out in the bay, so we decided to do something about it.” Brummitt adds, “It’s one little thing anyone can do!”

Elledge and Brummitt, having grown up in Coronado, were probably first introduced by their mothers, who were friends. They dated in high school and college before taking different personal and career paths. They reconnected about ten years ago through a mutual classmate and have been together ever since. Their interest in the environment and sustainable practices has also come as a result of seeing a variety of documentaries and articles on sea-level-rise, the proliferation of plastics use, green-building materials, and coral reef health.

A side benefit of trash-picking, as stated by Elledge, “Often 2-4 people will thank us for what we are doing.” 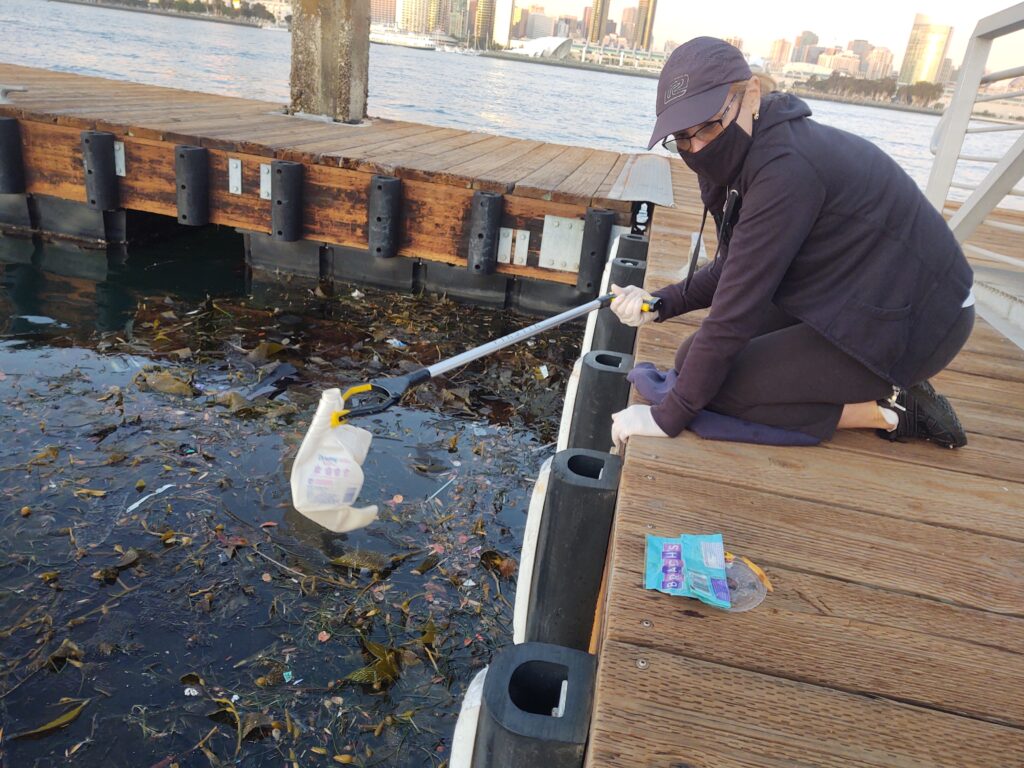 Emerald Keepers and the Coronado Public Library Present: A Panel Discussion for the Emerald Read