In Support of Veteran Mental Health, Registration Opens for the 2021 Chad 1000X Workout

All 2021 proceeds of the Chad 1000X fundraiser will support veteran mental health initiatives. 50% of the proceeds will go to the Navy SEAL Foundation, and 50% will pass through the GORUCK Foundation to The Step Up Foundation. 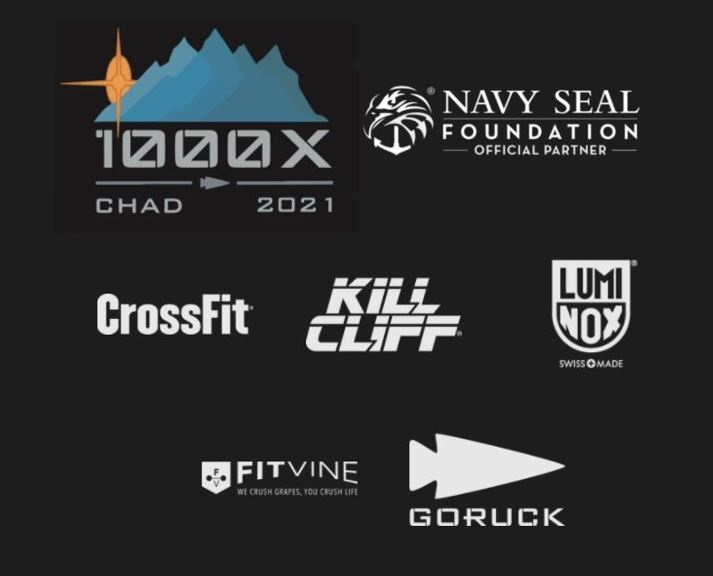 GORUCK and the Navy SEAL Foundation (NSF), in partnership with Gold Star spouse Sara Wilkinson, have opened registration for the 2021 Chad 1000X workout, a global virtual fundraiser honoring Chad Wilkinson, the Navy SEAL who died by suicide in 2018. Last year, thousands of people across the world participated to raise awareness for suicide prevention and honor an American hero lost too soon to invisible wounds.

From the age of 13, Chad Wilkinson knew he wanted to be a Navy SEAL. Inspired by a love for his country and the desire to be a part of something larger than himself, Chad was drawn to service. For 21 years, Chad served honorably, deploying 11 times to combat zones around the world. On October 29, 2018, Chad died by suicide due to the effects of blast wave injuries, TBIs, and PTSD.

During his eulogy, Chad’s wife Sara mentioned that he did 1,000 step ups with a 45 pound pack on a 20” box to train for climbing Mt. Aconcagua, the world’s tallest mountain outside Asia. Dave Castro, a former Navy SEAL and Director of the CrossFit Games, soon completed this workout with others within the Veteran and CrossFit communities to celebrate Chad’s life and honor his memory. Shortly after, GORUCK, NSF, and Sara joined forces to officially launch Chad 1000X.

“Veteran suicide is a disease where symptoms, triggers and warnings are often recognized too late. It is a silent epidemic where the enemy sneaks quietly into our homes,” said Sara Wilkinson, Chad’s wife. “Through Chad 1000X, we will continue to tell Chad’s story and raise awareness of this illness, so that other veterans can get the help they need.”

In 2020, more than 4,500 people from around the world participated by ordering Chad 1000X patches and shirts and completing the workout. In total, $104,125 was raised and donated to brain and mental health programs funded by NSF.

Robin King is the Chief Executive Officer of the Navy SEAL Foundation. During her tenure, she has worked with dozens of organizations committed to supporting the NSF’s mission to provide immediate and ongoing support and assistance to the Naval Special Warfare community and their families. “Through our partnership with GORUCK, we have been able to reach a community of people not afraid to step up to new challenges in honor of those whose legacy we work to protect, like Chad Wilkinson,” said King. “It has been a privilege to see the reach this fundraising program has achieved and we look forward to this year being even bigger.”

2021 participants can register on the new Chad 1000X website here.