Coronado High School will change its bell schedule in the fall. After a contentious board meeting last month, the once-unanimous plan to shift from a semester-based schedule to a 4×4 schedule for the upcoming fall semester appeared to be in jeopardy. However, a special meeting earlier this month reconfirmed the plan in a 3-2 vote.

Under the 4×4, students will take three or four semester-long classes instead of five or six year-long classes. Proponents of the schedule cite that it allows more opportunity for remediation, acceleration and flexibility. However, skeptics worry about longer class periods, shorter total time in a class over the school year, and harsher consequences from absences. These, along with concerns over lack of teacher involvement in the decision, are some of the issues that teachers voiced in open letters about the 4×4.

Coronado is not the first school district to implement the 4×4. In fact, one of the reasons for 4×4 support is so Coronado students are on a level playing field with students who have benefited from the new schedule. One such school district is Poway Unified, the third-largest district in San Diego County

David LeMaster is the Executive Director of Learning Support Services at Poway Unified. Before this year, he served his eighth year as principal of Rancho Bernardo High. During his tenure there, he oversaw a similar shift to the 4×4 schedule from a semester schedule. A proponent of the 4×4 and a consensus-based implementation, LeMaster recounts the benefits, drawbacks and complexities of the schedule change.

The 4×4 schedule allows students to take classes quickly and retake them if needed. One of the reasons LeMaster is a proponent of the schedule is the ability for students to recover and remediate. As a teacher and principal, he knew many students who failed to get into their dream college or graduate high school on time because the non-4×4 schedule did not offer enough time to retake a class for a better grade.

At the same time, students can put themselves on an accelerated track and take classes at a level they wouldn’t have reached in four years on the current schedule.

From the start, LeMaster ensured the transition wasn’t rushed, making it clear that it would be a three-year process. The first year was dedicated to research and discussions with staff to ensure that the decision was welcome.

“We really wanted to make sure that we had as close to 100% consensus as we could,” LeMaster said. “And we didn’t get 100%. But we got pretty darn close.”

With stakeholders who still had concerns, LeMaster talked it through with them. While he may have not been able to inspire enthusiasm in the most skeptical of teachers, he took the time to discuss plans that might ease their apprehension, including curriculum changes and professional development. In fact, after a decision was made at the end of the year, the next year was dedicated to planning and training. The 4×4 was implemented the year after.

LeMaster asserts that securing as much of a consensus as possible was necessary for the plan’s success.

“Ultimately, if you can’t get the majority of the people in your school on board, it’s not going to be successful… they’re not going to support it,” LeMaster said. “And [for] any kind of large school initiative that affects people’s lives, you want to have as much support and consensus as you can get so that those people can make it successful.”

One of the major concerns brought by teachers at Coronado was the lack of stakeholder input into the decision.

Coronado Spanish teacher Smokey Bayless spoke at last month’s board meeting. According to Bayless, the administration had frequent meetings with staff committees in 2019 and early 2020 regarding how to improve the school. In an October 2019 meeting, the school’s administration and teachers ruled the 4×4 schedule as “not a viable option.” In the following months, the 4×4 was apparently never considered at another meeting. Teachers were surprised when the 4×4 schedule was pitched to and approved by the Board in 2020.

“Again, there was a seven-month block of time that no teacher on the bell committee, no teacher at the high school staff had any input,” Bayless said at the meeting. “None, zero, on a 4×4 schedule.”

Bayless cited recent survey results that only 6% of high school staff believed that “the 4×4 bell schedule adoption was made collaboratively and transparently with input from all stakeholders.”

At the board meeting, CHS Principal Shane Schmeichel asserted that there have been many opportunities for teacher input, including committee, all-staff, and individual informal meetings. He did not immediately respond to requests for further elaboration on this discrepancy.

Beyond its implementation, Coronado staff have issues with the 4×4 itself. LeMaster heard similar concerns during Rancho Bernardo’s transition. Many are manageable and some have a bright side.

One common theme of concern is the potential consequences of restructuring class length. Instead of shorter class periods over the course of a year, most courses in the 4×4 schedule will be twice as long and completed in only a semester. Critics say that longer class periods decrease the efficiency of student learning.

LeMaster said that professional development, what the second year of transition at Rancho Bernardo was largely dedicated to, made these drawbacks manageable. Teachers worked to modify their instruction in a way that effectively used the extra class time rather than sticking to old methods.

Another worry is that teachers can’t cultivate a relationship with students in only a semester. The dichotomy of a longer class period and shortened course length lends its way to some solutions. The opportunity to rework each day’s lesson plan into longer stretches of time allows for more opportunities to integrate relationship-fostering activities into the lesson plan.

“You cannot teach in a 55-minute block the same way you would teach in an 80-minute block,” LeMaster said. “We spent a lot of time . . . [talking] about changing it up, shifting your instruction . . . working in groups, more partner work, more moving around, brain breaks, that kind of stuff. So, it can be done; it’s just you have to be deliberate in the planning.”

In the first few 4×4 years, LeMaster admits that the condensed classes added some stress to students, as some Coronado teachers worry. Over time, however, he found that teachers adjusted their course’s pacing and students learned not to over accelerate their schedules. Under the 4×4, students generally have greater flexibility to choose between regular classes, AP courses and off rolls, or unscheduled free periods, which LeMaster cites as a benefit of the 4×4 if used well.

“We found that [it was really hard for] students that overextended themselves,” LeMaster said. “That’s something that the site needs to be aware of. Teachers, principal, counselors they need to be aware of kids [might] overextend themselves and take too many classes and . . . help them be okay with dialing it back a little bit.”

Some of the 4×4’s ramifications are double-edged. While tightly-packed semesters mean extended absences could cause a student to fall behind, LeMaster found this to be an incentive for students to not miss school as frequently.

“Attendance actually improved because they were freaked out that if they missed a day, they were going to miss [the equivalent of] two days,” he said. “On a semester schedule, to be honest, a lot of kids would be like ‘eh, what’s one day? It’s no big deal.’”

At the same time, when a student has a good reason for an extended absence, LeMaster said it’s important for teachers to work with the student and family to accommodate their needs.

It’s been discussed that the 4×4 allows for some more student flexibility and acceleration. However, some, like the CHS Science department, argue that since AP classes contain a “massive amount of content,” “the vast majority of these classes will only be offered once per year, in the fall” so there is adequate time to prepare for the AP test. So, instead of the opportunity to take five or six AP classes for eight months and then take the test, students will be able to take a maximum of four in the fall and take the test a few months later.

At Rancho Bernardo High, LeMaster and the staff came up with solutions to this consequence of the 4×4 on a class-by-class basis. Some AP classes packed with content, like AP Biology, were made into year-long classes with one semester being AP Biology and the next officially being Honors Biology. That way, students still had an adequate amount of time to prepare for the test while getting a course’s worth of credit for each semester.

For subjects with many different levels, like math classes, Rancho Bernardo offered students different choices for tackling the AP curriculum. Students can take AP Calculus AB and BC together for a semester each. Students who want more time to get familiar with the basics of calculus can take a year-long Honors Pre-Calculus and AP Calculus AB hybrid. The unfortunate drawbacks to the 4×4 called for creative curriculums.

RB High, however, is not Coronado High School. For one, there are more students. Last year, Rancho Bernardo graduated about 580 students while Coronado graduated about 270. Not only is the school bigger but the district is as well. At Rancho Bernardo, students have the ability to transfer to one of the five other high schools if their schedule doesn’t fit their needs. Coronado High School is the only one in Coronado Unified School District, adding weight to any decisions they make.

Unique to Coronado is also the significant percentage of military students who sometimes transfer into the school mid-term. The Fine Arts and Math Departments both expressed concern that these students will have missed too much content and will face a “burst of burden” upon transfer. In response to a question about these students from Board Member Stacy Keszei at last month’s board meeting, Assistant Principal Catherine Burling detailed how these students would be accommodated on a case-by-case basis.

Finally, Rancho Bernardo’s transition to the 4×4 didn’t come on the heels of a pandemic. The timing of Coronado’s transition has been a major cause of debate. Opponents say that students and teachers alike crave a sense of normalcy and introducing a new schedule now is adding insult to injury. However, proponents argue to strike while the iron is hot. Neither incoming nor current freshmen are familiar with the high school’s normal semester schedule. Current sophomores only had a semester with the old schedule in 2019 and a year without it since schools closed. With current seniors graduating, the only student group significantly affected seems to be next year’s seniors.

Throwing his two cents in, LeMaster sees both sides but thinks that the benefits of the 4×4 could help students who may be struggling because of COVID-19.

“I would argue you’re going to have a number of students who may have missed out on some learning who are maybe behind in some areas,” LeMaster said. “And it’s going to be a lot harder to recover when they’re in a semester schedule versus a 4×4.”

Ultimately, the CUSD board reaffirmed the 4×4 schedule for a fall 2021 rollout. More about the new 4×4 schedule can be found in this CUSD video from Principal Shane Schmeichel. 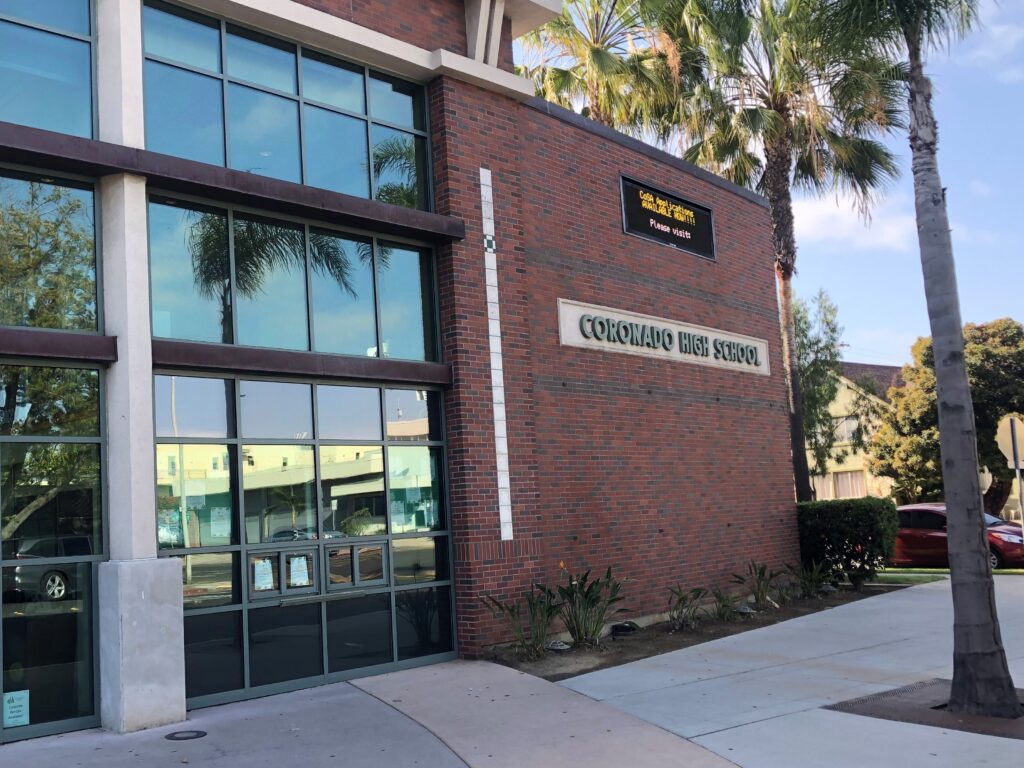 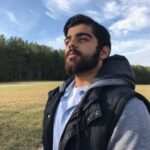 Harshawn Ratanpal
Harshawn Ratanpal is a reporter. Born and raised in San Diego County, he's a jack-of-all-trades journalist with a focus on community reporting. He's currently studying journalism at the University of Missouri. Contact him at [email protected]