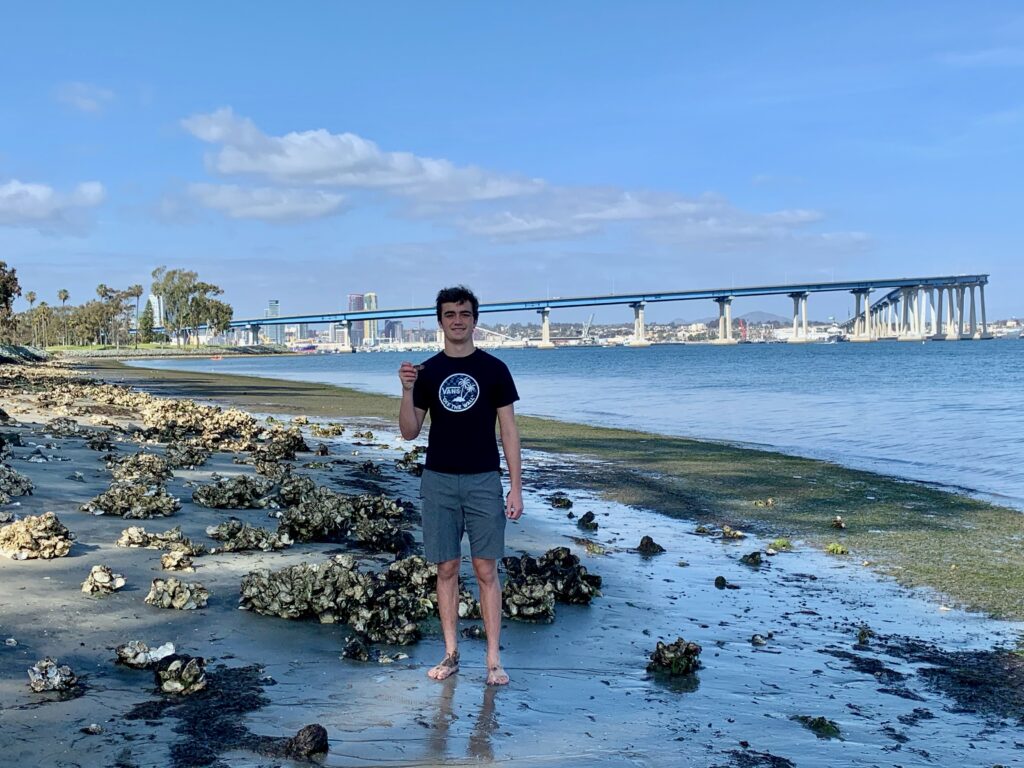 When Parker Keyes contacted Emerald Keepers at the beginning of the school year, he wanted to volunteer to fulfill his high school community service requirement. As we were in the middle of a pandemic, Emerald Keepers suggested he help by picking up marine debris on Coronado’s beaches. Parker got right to work.

“I signed up to pick up trash for Emerald Keepers this year because I wanted to contribute to my local community,” said Keyes.

Parker said he did not expect to find so much plastic. Sadly, there was no shortage of plastic bags, plastic wrappers, plastic utensils, plastic bottles, and plastic zip ties. Cumulatively, Parker has spent over 20 hours cleaning the beaches.

“I didn’t realize how much trash was on the beaches, particularly Stingray Point, until I started filling up Hefty trash bags in mere minutes,” said Keyes. “It made me realize how much of a problem pollution is and what I can do to help keep the community clean.”

While picking up trash at Stingray Point, something in the sand caught Parker’s eye. He reached down and picked up an identification tag of an Army Air Corps Serviceman inscribed with the name Roy A. Roesch. 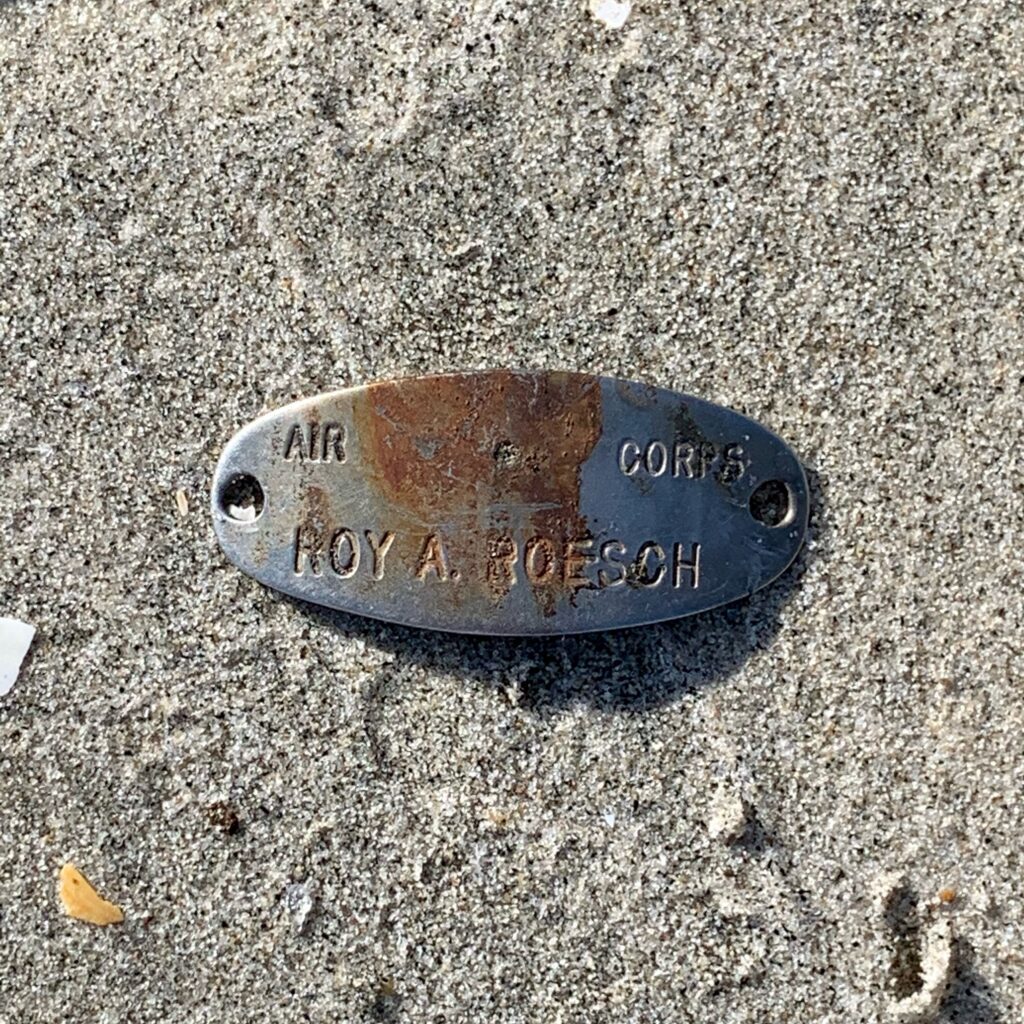 Parker described what he did next. “My parents helped me find Mr. Roesch’s family by using Google to search for his Army Number along with his name. The army number indicated Mr. Roesch was from Ohio and served in WWII. We then Googled Mr. Roesch’s name and Ohio. We found an obituary for his wife, and in that article found the name of his daughter Kathi Crabtree of Fayetteville, Arkansas. We then found Mrs. Crabtree’s name in the white pages.”

When Parker called Kathi Crabtree, he explained he was a student at Francis Parker High School working with Emerald Keepers to clean Coronado’s beaches, and that he had found a tag that he thought might belong to her father.

“I found out that Mr. Roesch was a B-17 bomber pilot who flew 29 missions over Germany in World War II,” said Keyes. “Also, Mrs. Crabtree told me that her father was shot down over the English Channel, taken prisoner, and eventually escaped from a POW camp.”

Ms. Crabtree indicated she has had no knowledge of her father ever being in California, and, as you might suspect, was delighted to hear Parker had found her father’s tag.

It is amazing to think that after all these years, bay dredging, sand movement, and the untold number of people who have visited Stingray Point, the tag revealed itself on a day Parker was serving as an Emerald Keeper. Through his community service for Francis Parker, Parker Keyes learned the importance of keeping plastics out of our bay and ocean and an added lesson about the importance of reaching out to others to return a lost item.

“This experience brought me closer to a special part of history, and I feel proud to have reunited a treasured personal item to a total stranger,” said Parker.

Congratulations and thank you Parker for cleaning our beaches and going the extra mile to return a treasured family heirloom. You are April’s Emerald Keeper of the Month!

When you want an adventure across the bay but don’t want to get in your car, what do you do? Get on your bike,...
Read more
Entertainment

Swimming is the common denominator in the lives of Dani Grady and Nancy Blair, who are childhood friends and a professional synchronized swimming duo....
Read more
Education

The Coronado School Board met on Thursday, September 9 at 4pm at District Offices, located at 201 Sixth Street, for a regularly-scheduled board meeting....
Read more

How many days a year do you drive to work? For Dan’l Steward, he can count on one hand the number of times he...
Read more
Community News

Emerald Keepers of the Month: Rotary Club of Coronado and its Committee to Protect the Environment

For Coronado locals and visitors alike, it is not unusual to see Rotarians in blue vests placing flags along Orange Ave, and more and...
Read more
Advertisement
Sponsored Partner Links