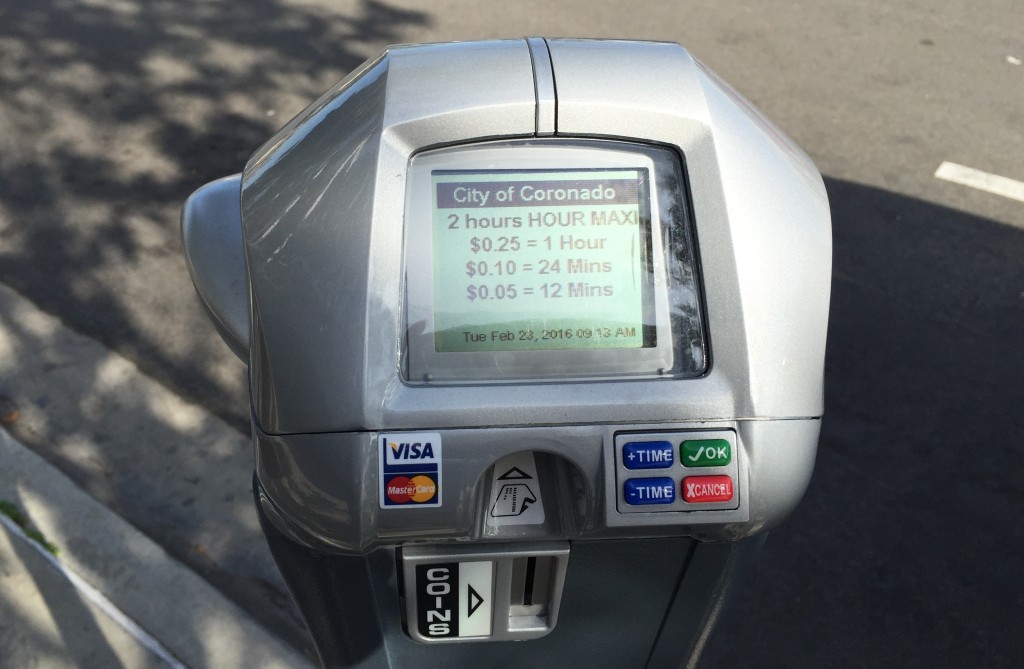 Parking in Coronado is one of the best bargains around at just 25 cents per hour, but our need to collect quarters will soon come to an end as parking will be free. The city has not raised parking rates or ticket fees for the past ten years, and has not prioritized parking as a revenue source, taking in an average of approximately $200,000 per year in parking ticket revenue. The reasonable-cost meter parking and low ticket fees may have encouraged people to leave vehicles for extended periods of time, hindering the turnover on downtown streets. Director of Public Services and Engineering Cliff Maurer pointed out at a July city council meeting that the current IPS Group smart parking meters have never performed as promised, their unreliability garners many complaints and they require constant repair.

The city has been looking at other viable options, and in October the city council voted to award a five-year contract to Vigilant Solutions for a new License Plate Recognition (LPR) Parking Enforcement System that city law enforcement will use starting in January 2021. This new technology will replace the current parking meters with free two hour parking in the commercial district.

LPR technology will enhance compliance and enforcement for the 500 curbside parking spaces on the north end of Orange Avenue and the central Orange Avenue corridor, will maximize parking space turnover, and be cost-effective and convenient for residents and visitors. Functionality and beautification of sidewalks will also be improved, with the current meters’ removal. There is no fee for parking within the posted time limit initially, but kiosks could be added later.

Coronado Police Department (CPD) will have car mounted cameras installed in eight vehicles that capture license plates with multiple images. Officers will drive the areas on a rotating schedule during enforcement hours, with the LPR equipment reading license plates and recording time-stamped, curbside vehicle information. Citations can be generated from the officers’ device, with the information archived. Maurer pointed out that this has been used with high reliability in cities like Aspen, Santa Cruz, Berkeley, Carmel, and Petaluma. He said the initial revenue loss to the city is minimal. 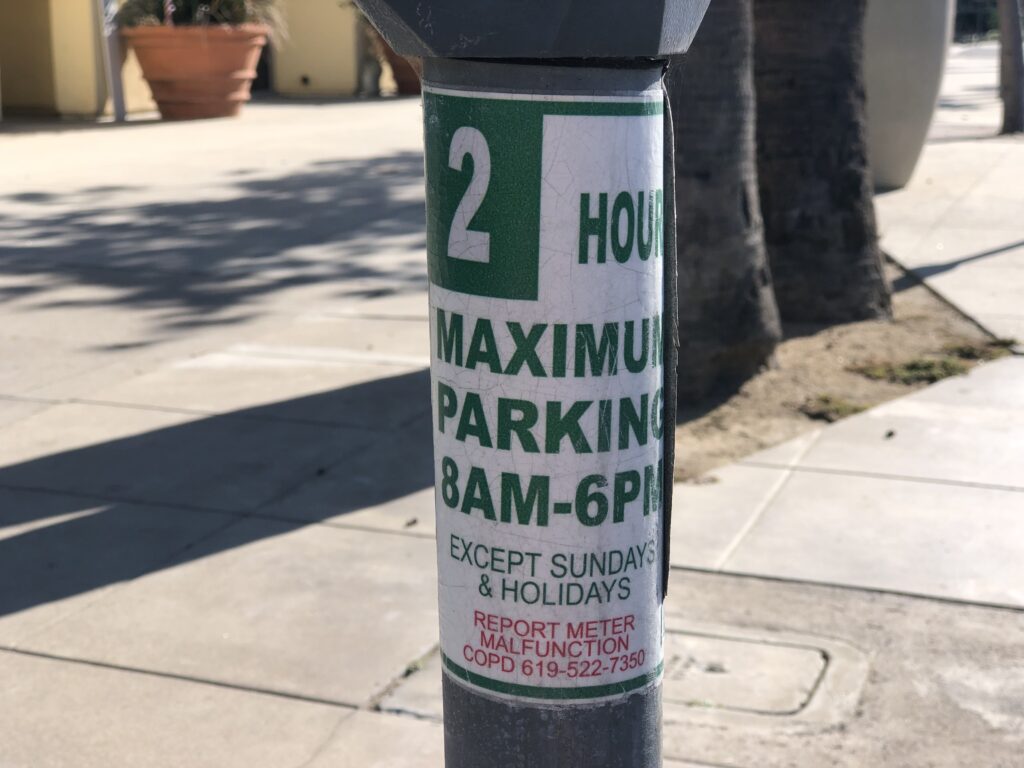 This new technology works as “digital chalking,” where high definition, time-stamped photos record vehicle information and positioning, to include tire valve stem locations, documenting which vehicles have not vacated their parking spot within the allotted time.  Visible signage and thermoplastic pavement markings will be installed along the streets to indicate the allotted maximum parking time.

The LPR system has the capability to compare license plate numbers with restricted vehicle lists and potentially identify cars with unpaid parking citations and stolen vehicles, and then instantly notify police officers if there are any problems. The system can store license plate numbers, dates, times, GPS coordinates and other details as needed. CPD has used this technology for non-parking law enforcement for a decade and has found it to be reliable. The existing hardware and technology are compatible with the new LPR parking enforcement system.

While parking prices will go down to free, parking ticket prices will increase to keep in alignment with current trends. City staff conducted an analysis of similar municipalities to determine a comparable new parking fine structure. Staff found that fees ranged from $38 to $80. Currently, a parking ticket in Coronado costs $24.50, and the city council passed an ordinance raising the parking fine rate to $57.50, which allows the city to retain $45, after paying the County surcharge of $12.50 per ticket. The city uses Phoenix Group, a third-party contractor to provide citation support services.

Residents can ease into this new parking enforcement during the month of December, when the city offers free parking in the downtown corridor, within the posted time limits. Signs will be going up and an educational campaign will begin to let people know that parking will be changing in Coronado for the first time in nearly a decade.

Community Grants and Housing Element options were among the critical topics discussed at the June 15, 2021 city council meeting, which started with Mayor...
Read more
Community News

Just in time for Father's Day Weekend, the public pianos are rolling out. You'll find them at Rotary Plaza, Adella Plaza, and a new...
Read more