Emerald Keepers of the Month: Nick and Jacob Alcock

What began as a father-son boat ride and to get coffee and hot chocolate, turned into more than just another morning on the bay. Nick Alcock and his son, Jacob, were puttering by the golf course when 100 yards away they spotted a horrific mess on the beach along the Coronado Municipal Golf Course. Seeing the garbage piled on the beach, Nick’s first thought was a big event must have just taken place. 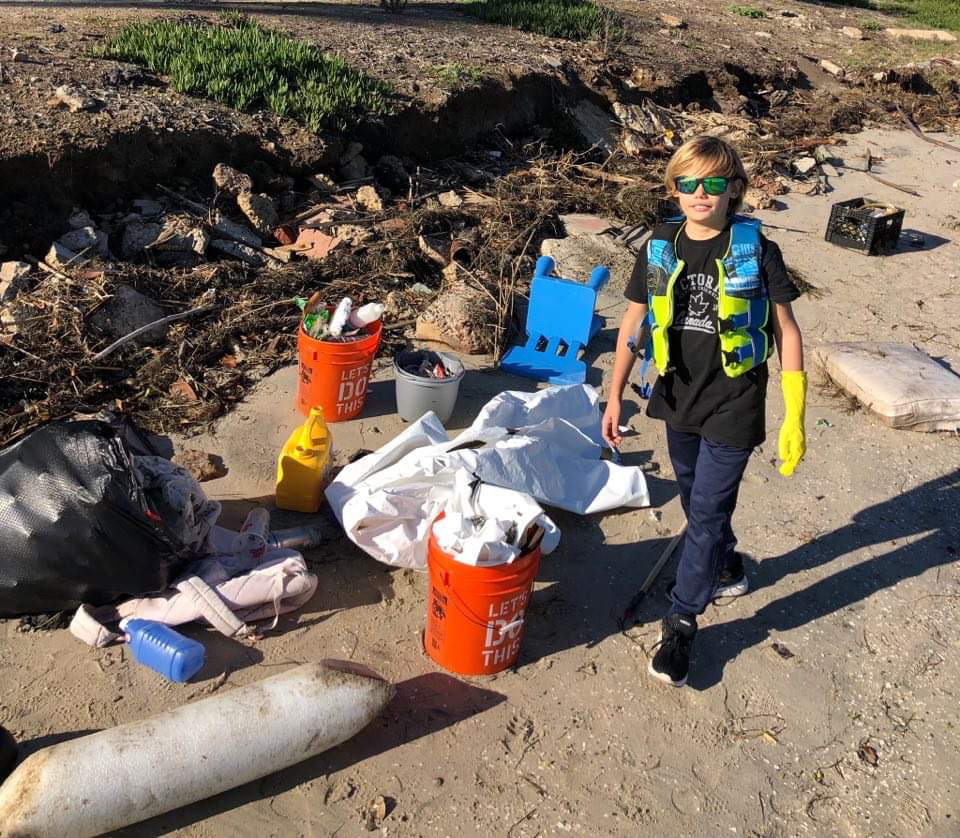 Nick described his approach to the beach: “I felt like I was watching a video on YouTube describing some deserted South Pacific island covered with plastic. It blew my mind. I felt this incredible sense of disgust. I was just worried thinking if you can’t pick up garbage on one of the richest islands in the world, then it is just hopeless. Someone has to do something about this.” That’s when Nick and Jacob—the Coronado Beach Defenders as they call themselves—sprang into action.

Nick and his family grew up in Cape Cod, picking up trash. He told a story of visiting Tern Island near Chatham that was covered in trash. He and his family spent the better part of two weeks picking up garbage. He said, “What we noticed after we picked up all the trash, was that the island largely remained clean after that. People who frequented the island stopped leaving their trash there. It demonstrated how the power of doing something like that can change behavior.” 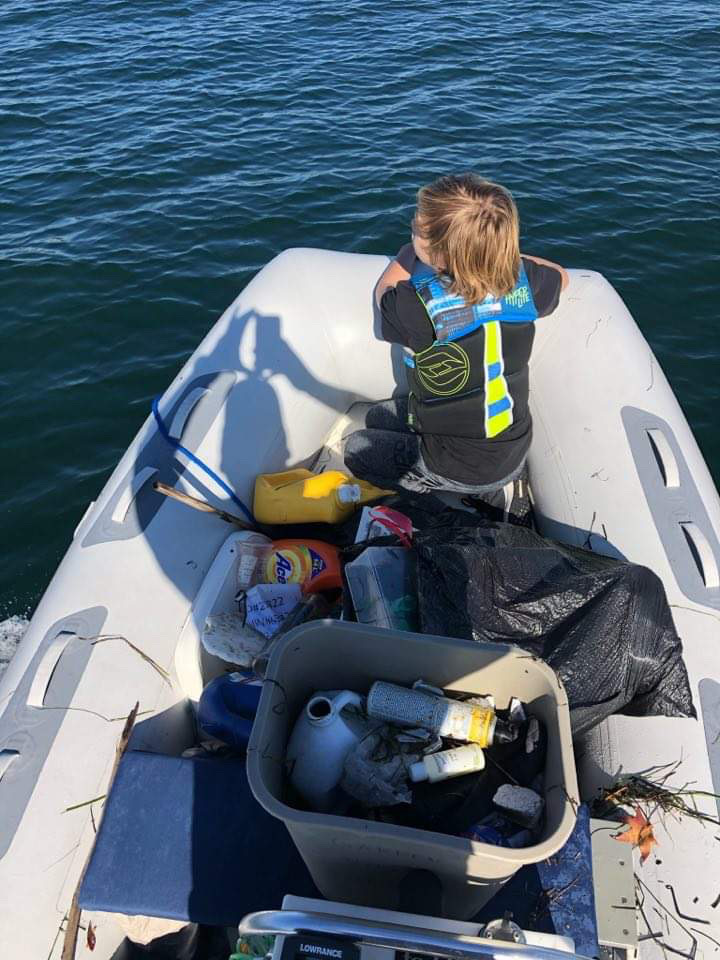 Fast forward to last December. After seeing the piles of trash, Nick and Jacob removed about 1,000 pounds of trash from the Coronado Municipal Golf Course beach. After 10 days of cleaning the beach, Nick and Jacob loaded the trash on the dingy and took it to the municipal area where they could dispose of it.

Jacob, a fourth grader, said, “Even though it was hard work and it was pretty stinky, I like to see the work that we did and how it affected the beach.”

The Alcocks have a family home at the Shores and visit frequently from Sedona. Nick often takes Jacob and daughter, Abigail, for a ride in their dingy. One day following a rainstorm, there was a lot of marine debris. With small fishing nets in hand, they scooped trash from the water.“ They received a lot of positive feedback from the people on shore,” Nick recalled. “My children felt like they were doing something that people thought was important.”

Congratulations, Nick and Jacob, Abigail too, for being Emerald Keepers of the Month for March when we discovered your work on our bays and beaches. Thank you for keeping Coronado clean.