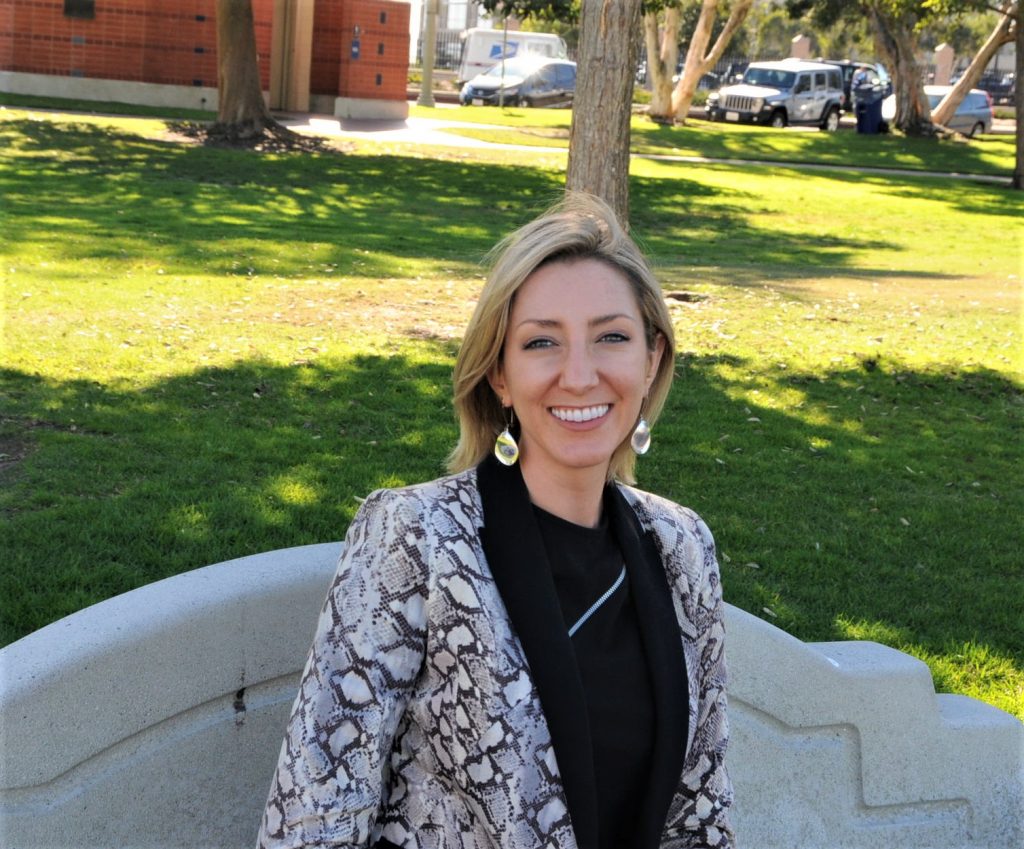 High school government class set the path for Jennifer Ekblad’s road to a career in city government. But she opted for a roundabout path, choosing to follow her creative side first, even after her government teacher strongly suggested she major in political science. With interior design in mind, she attended Pacific Union College in Angwin, CA, and then transferred to Point Loma Nazarene University where she graduated with a Business and Fashion Merchandising degree. After spending eight years in Orange County as a fashion buyer, she felt unfulfilled and wanted a better quality of life and to pursue higher education.

When she moved back to her hometown of Escondido, she explored opening a store, but was approached to work in the city offices and she decided to switch tracks and loved it from the first day. “I was especially intrigued and engaged because I started during an election year with a mayoral race and a citizen initiative on the ballot. I love the fact that anyone can get involved in their local government. It only takes 20 registered voter signatures and $25 to run and you can create a big impact,” says Ekblad.

After her first year on the job, she was definitely hooked and decided to pursue a master’s degree in public administration (MPA) from San Diego State University. She selected it because it was one of the top-rated programs in California and focused on San Diego politics. When she wrote her entrance essay, she referenced the influence of her former government teacher and later reached out and thanked him for his impact.

Even though she grew up in Escondido, she found out there was still a lot to learn about her hometown, especially when she volunteered to help take new employees on tours of the city. “I definitely felt like I embraced the persona of Leslie Knope from the television sitcom Parks and Recreation,” laughs Ekblad.

When she was looking to expand her horizons, Coronado seemed like a good fit to diversify, and she welcomed the opportunity to work in a coastal community because there is a different array of issues than in inland cities. “I knew what kind of organization I wanted to be part of, and Coronado seemed like a natural fit,” comments Ekblad. It didn’t hurt that she loved going to the beach growing up and previously lived in Seal Beach, where she enjoyed paddle boarding and other water activities. She fondly remembers coming to Coronado for the first time years ago for the 4th of July and it creating a lasting impression. 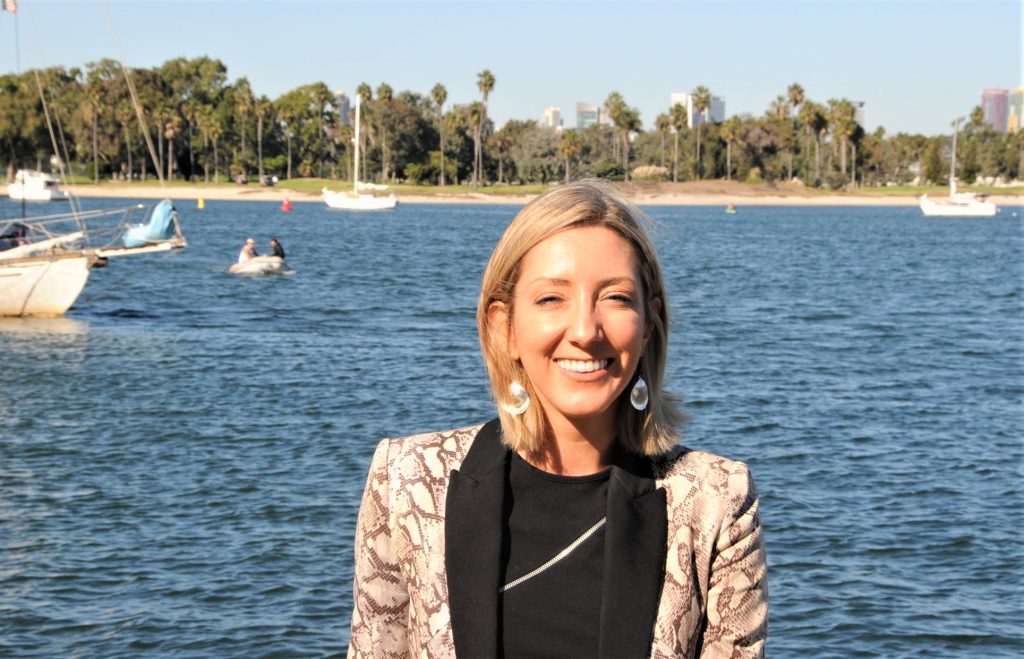 On a personal note, she loves hiking and travel, with Melbourne, Australia and Greece being at the top of her favorites list. She also studied abroad in Paris for three months during college. She also enjoys travel closer to home like going to Santa Rosa to see her sister or Washington to visit friends. “It’s fun to be able to fly somewhere for the weekend,” she says. Reading is also one of her passions and a favorite book is Atlas Shrugged. She’s currently reading 12 Rules for Life and rereading Crime and Punishment.

Jennifer has been in her new City Clerk position here in Coronado for just about a week now and she is quickly learning the “Coronado Way” as she calls it. She is discovering that cities have many similarities, but she loves learning the diverse quirks each local government offers. “I can actually say I love creating the City Council agenda, with the attention to detail, and I enjoy the dynamics of the meetings. “I’m excited to start here in an election year with all the aspects it brings,” says Ekblad. Good thing, because on her first work day here in Coronado, she jumped in with a city council meeting. Mary Clifford left big City Clerk shoes to fill and Jennifer is poised to fill them.

Full disclosure: I have known Jennifer since was a young girl and she was one of my kids’ all-time favorite babysitters growing up.

She's been going to the Coronado Public Library since she was a little girl, and now Natalie Stringer is the new Coronado Children's Librarian.As...
Read more
Education

After an expedited search, the Coronado Unified School District (CUSD) announced that Karin Mellina will serve as the new Principal of Coronado High School...
Read more