“The Secret Life of Pets 2” – Hit the Beach Instead

The Secret Life of Pets 2 is a perfect movie to launch summer break. Not only did its national release coincide with the last day of the school year for many districts across the country, the movie itself offers an apt metaphor for summer break in general: it feels too long, the story is all over the place, it isn’t as much fun as the last one, and there weren’t enough snacks. Overall, the movie suffered from sequel syndrome – a disappointing departure from the first version which opened in June of 2016.

The premise of the film, as the title suggests, is that household pets get up to adventurous mischief when their owners are away. The first version offered creative conclusions about what shenanigans might take place, i.e. the refined poodle who changes the classical music to head-banging heavy metal, the dachshund who fashions the stand mixer as a massage device, and the cat who spends the day toiling over whether to eat the contents of the refrigerator while the owner is unaware. The Secret Life of Pets 2, however, relied on seemingly endless cat and dog (and bunny and wolf and tiger) chase scenes to occupy the 86-minute running time of the film. How this movie managed to squeak in under 90 minutes and feel twice as long is the real secret.

According to the official website, the intended plot centered around three of the characters from the original film. The first story: Max (Patton Oswald) is a practical terrier who develops anxiety when his owner gets married and has a baby. When the family takes a trip to the farm, Max is encouraged to face his fears and find his inner hero thanks to the tough-love of a seasoned farm dog, Rooster (Harrison Ford). 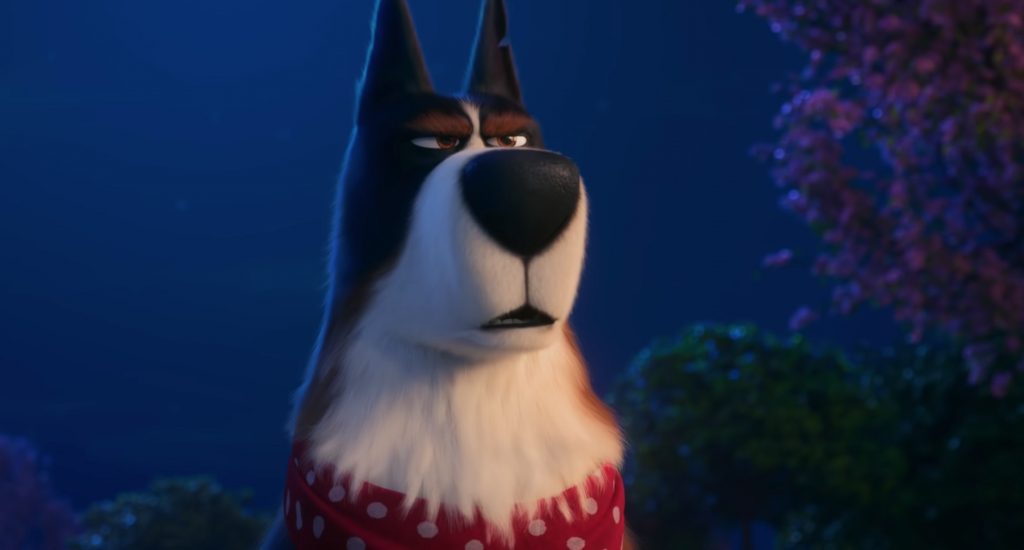 Meanwhile, back in the city, Gidget the princess-esque Pomeranian has lost a coveted toy and has to masquerade as a cat to recover it from a crazy cat lady’s apartment. Amongst Gidget’s fellow furried friends are Chloe the cat (Lake Bell) and a hamster who she enlists to help her.

Plotline number three features Snowball the bunny (Kevin Hart), who longs to be a superhero but whose true bravery is put to the test when he is approached by newcomer Daisy the shitzu (Tiffany Haddish) to help free a tiger from the clutches of an evil circus ringmaster. 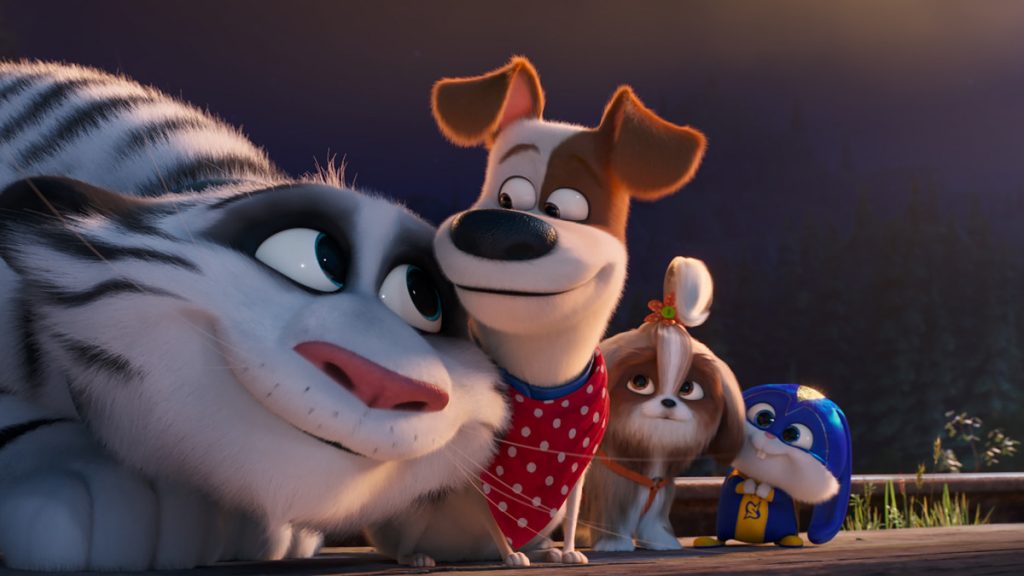 All of the simultaneous but separate plot lines made the film feel like a long Tom and Jerry episode. Lots of chasing and chaos with very little plot or character development.

Despite the film not living up to the first, it wasn’t completely terrible. The crazy cat lady alone was worth seeing the movie for, as were the ending credits that featured a slideshow of endearing photos of kids with pets. True to the original version and the trend for animated films, plenty of the dialogue included clever references and one-liners for the grown-ups to appreciate – before, during, and after the endless chase scenes.

See this movie if you must, but make sure to get extra snacks for the longest short movie you are likely to see in theatres this summer.

Rating: PG for some action and rude humor