Donald Neil (Harris) Manly died Nov. 2, 2018 from melanoma metastasized to the brain. He had battled diabetes most of his adult life. He continued to work hard (and surf hard). In April it was discovered Don had stage-four cancer and that prevented him from driving or working.

Still, he continued to surf whenever he could, and nary a day went by when he couldn’t be found riding his bicycle down to the beach to look at the surf. He would ride along Ocean Blvd., then along the Hotel Del boardwalk, eventually stopping in front of the first Coronado Shores tower, where he would sit and contemplate the surf for an hour or more.

This is how many will remember him most; sitting on the cement wall near his old rusty bicycle, looking out to sea. He didn’t want pity. In fact, he never talked about his ailments right up to the very end.

A life-long surfer dedicated to his craft, Don’s senses were alive and every piston firing when he paddled into large, fast moving waves. On mornings when most folks were still debating whether to get out of bed, Donnie Harris would be making his way down to the water’s edge with a surfboard under his arm.

Darkness didn’t matter. He was so practiced at this that he could tell how good the surf was by the sound of the waves on the shore. It was long before surf cams and computers, when you had to rely on your instincts (and luck) to find good surf.

Along this path he would do his mental warm-up, a rehearsal for what he might find. He always took note of things like the remains of an evening campfire lingering in the morning air. “I love that smell. It reminds me of Mexico,” he would say, remembering surf trips with friends in his youth.

His reward — and he often found it either at Coronado’s North Beach, Sunset Cliffs, or Black’s Beach — was a two or three-hour session, preferably alone, where he could just do what he loved best, performing on the face of a big wave, over and over again, until he physically hit the wall.

Don was born July 7, 1952, in Escondido. His father was Thomas Eugene Manly and his mother was Anne Findlay-Patton.

The father left when Don was very young. One of four brothers, Don was a loner. His brothers were raised by other families and unfortunately were never part of his life growing up.

Don attended Coronado High School (would have been Class of ’70) but he and his mother moved away during his senior year. He returned the following year, alone.

Although his mother moved away and remarried, Don elected to stay in Coronado. As a young adult, he dropped the surname of Harris for his birth father’s name, Manly.

Don Harris, as he was known in high school, adjusted to short boards in the 1970s and continued to surf the smaller, high-performance boards right up until the month before his death.

While most of his peers preferred longer boards and the laid-back style they afforded, Don preferred the acrobatic functionality a short board offered him on the wave, unless it was small, in which case he would pull out the log. He was one of Coronado’s best and most consistent surfers from that era.

He lived on and off in Coronado most of his life. He loved Coronado.

In high school, Don met and dated Christine “Teenie” Economou-Corbin. In 2000 they reunited, and were together for the next 18 years. 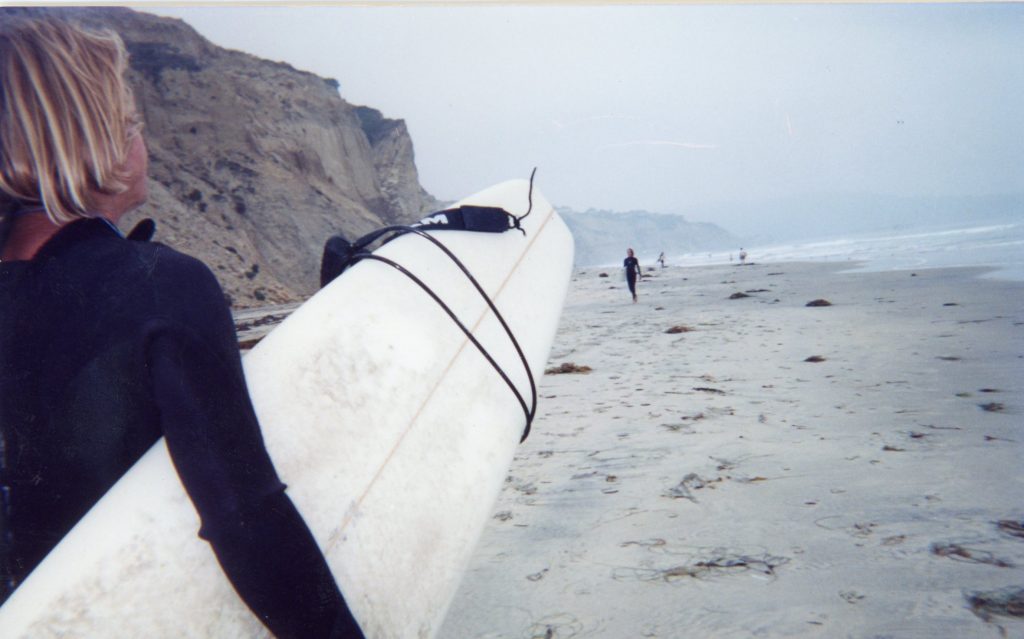 While he never had any children of his own, he became a tremendous family man. He played a major role in the caring of Teenie’s daughters. Liz, the older daughter, moved away early on. Don and Laura quickly became best friends and spent much of their time together. They both loved him dearly.

Don worked as a contractor, specializing in framing. He used to shake his head in amazement while riding around the island with friends. “I don’t think there is a single block in Coronado where I have not worked in building or reconstructing a home,” he would say.

He was a solid professional – someone clients knew they could trust to do a great job. His framing work took him up and down the coast of San Diego, which also gave him a larger playground from which to surf when time allowed. 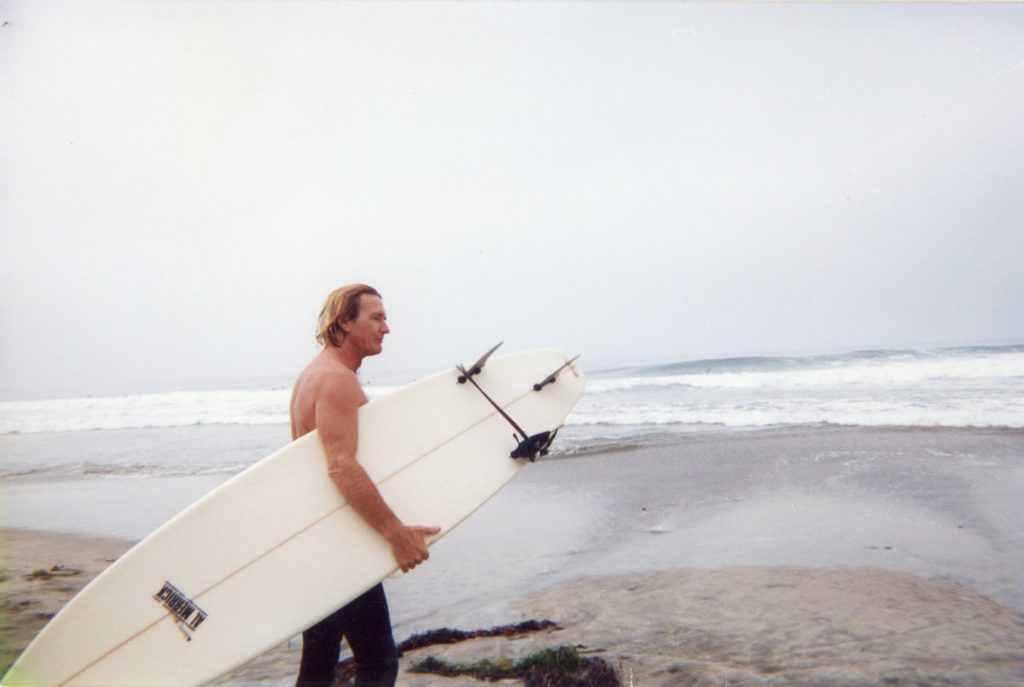 Despite his illness, he had a great tenacity for life, family and work. He really pushed himself there in the end, despite the intense pain his illness gave him.

Prayer became an important part of his life. Towards the end of his life he came to know the Lord, said Teenie.

Don was highly respected by his friends, clients and peers. Two of those friends, Joe Simpson and Chuck Batsch, are organizing a paddle-out for January, exact date to be announced, at which time his ashes will be spread at sea in the Coronado surf.

The family would like to thank Don’s doctors: His GP of many years, Dr. Oen, and his oncologist, Dr. Redfern, for their excellent and compassionate care.

“I would also like to thank the Lord God for the privilege of living and taking care of Don, of sharing his life. He was an excellent person and truly one of a kind,” said Teenie. 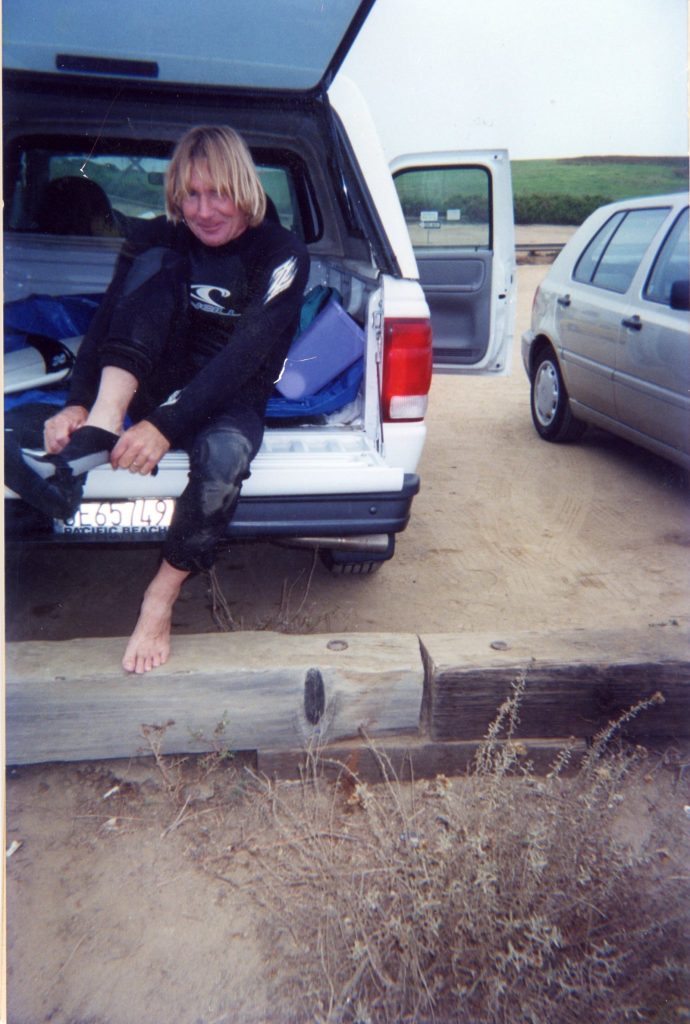 City Manager Blair King had lots of positive community updates to share in his opening report. Dog lovers will be ecstatic to learn that...
Read more
Obituaries

“Donald Dill, Just A Small-Town Doc” Never has one person had such a profound effect on Coronado as the late Dr. Donald Dill. This small-town...
Read more
Community News

Memorial Day in Star Park, May 27

CORONADO -- Memorial Day is a time to remember, a time to honor our soldiers and sailors. This year, services will take place on...
Read more
Advertisement
Advertise Here (Get Rates)