Michael Schmid: “The Journey is the Destination” 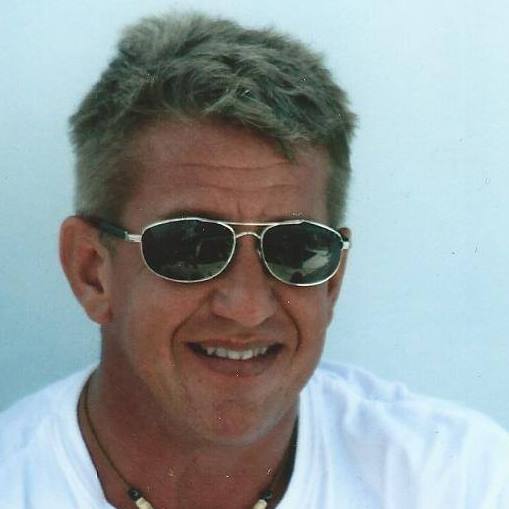 Michael’s story, already familiar to some in Coronado, was made public last month when Michael was featured on ABC10 News in a story entitled: Terminally Ill Man Makes Stand-Up Debut.  As the headline suggests, Michael had long appreciated stand-up comedy. It was only fitting that Schmid was destined to claim his 15 minutes of fame doing what he does best — making people laugh.

“Lisa was strict but kind, and honest without being nasty. She enlisted friends and top comedic writers from as far as LA to help me write and practice and not be a fool. She taught me about timing and to think of the experience as a conversation between myself and the audience.”

Michael has lived with primary lateral sclerosis (PLS), a rare degenerative neuromuscular disease, for more than 30 years. He details the sequence of events that inspired him to take the leap of faith onto the stage:

“It was like the rug had been pulled out from underneath me,” Schmid explains, “I’ve always been independent. I started with one cane, then had two, then a wheelchair, but I was always able to take care of myself, do my laundry, stuff like that. Then one day, one morning, I couldn’t do it. I needed help just to get out of bed.”

Despite the initial shock of his uncooperative body on that day, Michael says he knew it was coming. PLS is a degenerative disease (often confused with Lou Gehrig’s disease) that causes muscle nerve cells to slowly break down and inhibit voluntary movement. It often starts in the lower limbs, as it did with Michael, and moves up the body to the face and neck. Michael says the archive of photos and videos collected over the years chronicled the evolution of the disease and related effects on his body:

“My kids’ graduation photos are so telling. With each passing year, you can see in the photos how my abilities are diminished. My youngest children only remember me being in a wheelchair.”

Michael regarded that moment and the successive prognosis from his doctors as a pivotal call to action. Never one to back down or give up, Michael decided he would live life to the fullest until what he describes as his “check out time,” the terms of which will be decided by him.

“I’m very much in favor of life,” says Michael, “but life is about the journey, and I have had a fantastic journey.”

True to his word, Michael intends to get into as much mischief as possible in his final weeks: “What tremendously stupid thing can I do before I’m gone?” he muses with a conspiratorial wink.

Whatever thing that may be, on stage or otherwise, Michael’s audience is rooting for him.

There will be a community celebration, Celebrate Michael!, for Michael on Sunday, December 23 from 2pm-6pm at McP’s Irish Pub. From the Facebook event:

Join us on the Patio at McPs to Celebrate Michael Schmid! The Stilettos will be playing and we will take the afternoon to honor our friend Michael. Michael has a condition called PLS, similar to ALS, and he is facing his diagnosis with dignity, humor, and courage. Michael only has a few weeks to live so please join us to let Michael know you care and share your memories of his friendship.

A documentary entitled: Don’t Wait: The Michael Schmid Story is currently in progress.