It’s been more than three decades since the classic surf film North Shore was released, yet the main character on whose life the story is based is still catching waves – right here in Coronado. 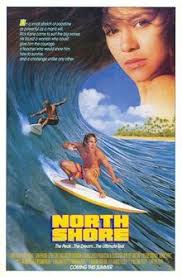 Mike Gillard was the real-life Rick Kane: a kid from Arizona who moved to the North Shore of Hawaii to pursue his love and talent for surfing. Shortly before the release of the film in 1987, Mike made Coronado his permanent home after graduating from college in Hawaii. Mike spent the next thirty years entering and winning surf competitions all over the world, as well as surfing professionally – bringing over 1000 title wins and pride to his hometown of Coronado.

This year, Mike gave Coronado another reason to be proud. In the aftermath of losing beloved surf coach and community member, Stan Searfus – Mike stepped up and volunteered to coach the Coronado Middle School surf team.

Mike and Stan had long worked and surfed together over the years, but when it came to coaching, offering lessons, and running camps – Mike preferred a lower-key approach. Still, Stan was able to enlist Mike’s expertise with the school teams in the best way possible, saying to Mike:

“You know what I’d really like for you to do? Get in the water and surf. I want these kids to see what good surfing looks like.”

And it worked. Thanks to Mike’s celebrity-surfing status, he had immediate credibility with the kids and a rapt audience in learning his finely-honed craft. Mike, too, found an affinity with the team, describing his decision to step into Stan’s flip-flops as a somewhat of a calling:

“I got to spend so much of my life being selfish. Traveling all over the world, doing what I loved and getting paid for it. Now I have a chance to give something back and carry out Stan’s legacy. There has been so much positive feedback and support from the community that it’s made me realize ‘wow’ this really does mean a lot to these kids and parents.”

Mike purposely chose middle school as the age group to coach, in part so he could surf with his son Shane, now in 8th grade. But another reason was that he sees so much potential for development in the middle school years:

“By high school, kids mostly have it figured out. But in the beginning, some of these 6th graders are so green. They are out there dropping in on each other and it’s a mess.” Mike laughs, “after some time and direction, it’s really gratifying seeing them transition through the ranks.”

Competition, says Mike, is the key to successfully progressing in surfing, and also an essential resource for life:

“The competitive side of surfing offers more structure. It’s not necessarily more serious, it’s just more focused and strategic. And it’s a win-win. In a competition, you either win and advance – or you learn. Every competition is different. You have to have different strategies and be able to adapt.”

Mike’s own strategies of adaptation have been tested as Coach in his ‘shuffle’ to contend with the limited number of competition spots for surfing:

“The reality is that surfing is like any other sport. Kids want to compete and parents want to see their kids compete, but just like the 100lb freshman isn’t going to be a starting quarterback, not everyone is going to get into those limited surfing competition spots.”

Thankfully, Mike reports that parents have been understanding and supportive regarding the challenges he is up against. He credits their volunteer efforts as the reason he is able to coach at all.

Today, married with two kids, Mike’s likeness to the characters of the North Shore movie has shifted from resembling the ambitious teenager Rick Kane – to that of Rick’s mentor in the film, the wise and seasoned Chandler. Hollywood fame aside, Mike Gillard consistently demonstrates the qualities that make a true star, and one that Coronado is proud to call their own.

Local nonprofit Stephen J. Wampler Foundation has a far-reaching stretch and is going further than ever this year.From an office space to a viral...
Read more