“Kory takes the time to understand his clients’ financial goals and finds the loan program that best fits their needs,” said Charlie Rogers, SVP of Retail Lending, “he is well-respected in his community. His attention to detail gives his clients confidence that their loan will close smoothly and on time. By providing best in class service Kory has surpassed $120 million in closing volume for the past three years.”

Kory has worked in the mortgage industry since 2003. Throughout his career he has been consistently recognized for his production volume and exceptional service. He was named one of the 40 “Influential Mortgage Professionals to Watch” by National Mortgage Professionals Magazine. He has been voted the “Best Mortgage Pro in Coronado” by Coronado Lifestyle readers every year since 2008. Within CMG Financial, his industry-leading production volume has earned him membership in the President’s Council, Chairman’s Club, and the distinction of the company’s Top Originator in 2015 and 2016.

In his current role as VP of Production for Western Division and Branch Manager at CMG Financial, he oversees production and origination at Coronado. He also manages the Scripps Ranch office located in San Diego, California. His current focus is to expand his Southern California team, increase their market share, and continue to provide outstanding customer service. Learn more about Kory and his team of loan officers at www.nadoloans.com. 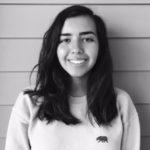 Lucia Martin
Lucia is both a student at Coronado High School and a film student at Coronado School of Arts. She has participated in the production of over 10 short films in her time at CoSA and at film workshops, allowing her to gain experience with cameras, lighting, sound and video editing software.Have news to share? Send tips, story ideas or letters to the editor to: [email protected]