After five years of drought, grass has become an expendable luxury in semi-arid southern California. 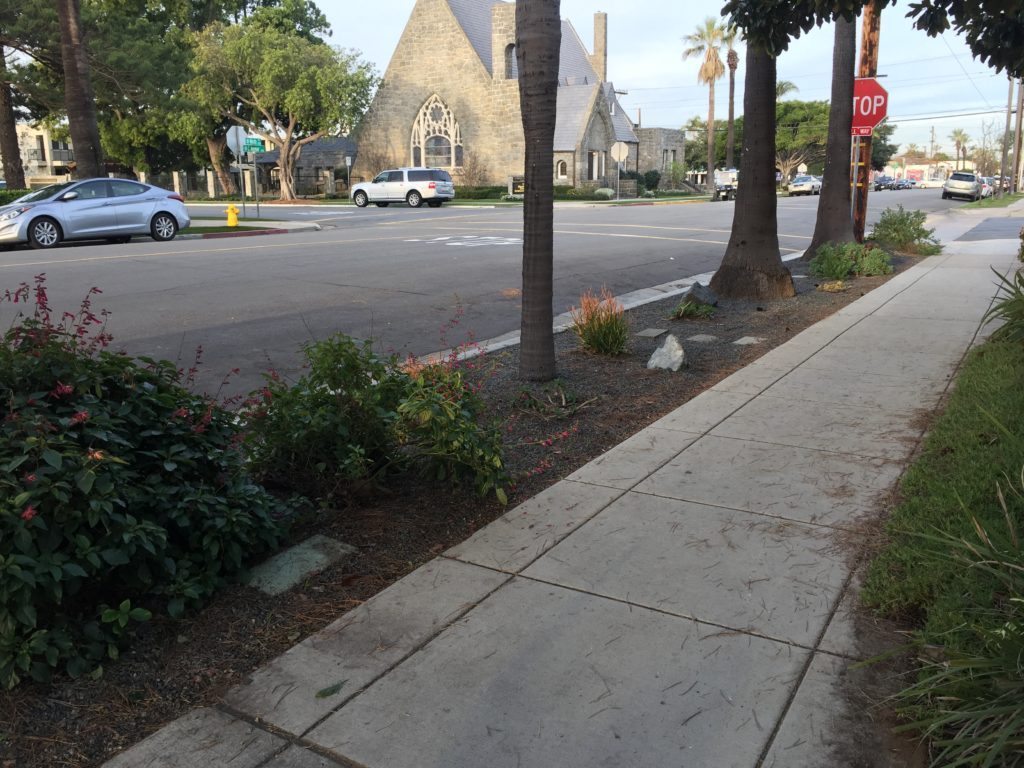 Many simply let their grass die, or replaced it with stones, drought tolerant plants or artificial turf. While these measures saved water, they put parkway* trees at risk.
(*parkway — defined here as the area between the sidewalk and the street)

Residents who stopped watering their parkways were not only endangering the trees living there, they were also breaking the law, Valdivia pointed out. There is a city ordinance that says that homeowners are required to water the trees in their parkways.

You have to water them, even if there’s not a blade of grass in sight.

People with artificial turf in their parkways have to keep watering the trees there. They also have to have the turf installed it in a way that it doesn’t endanger the tree(s). You cannot chop the roots to create a beveled look or push the the backfill material up against the tree. Valdivia has seen examples of both. 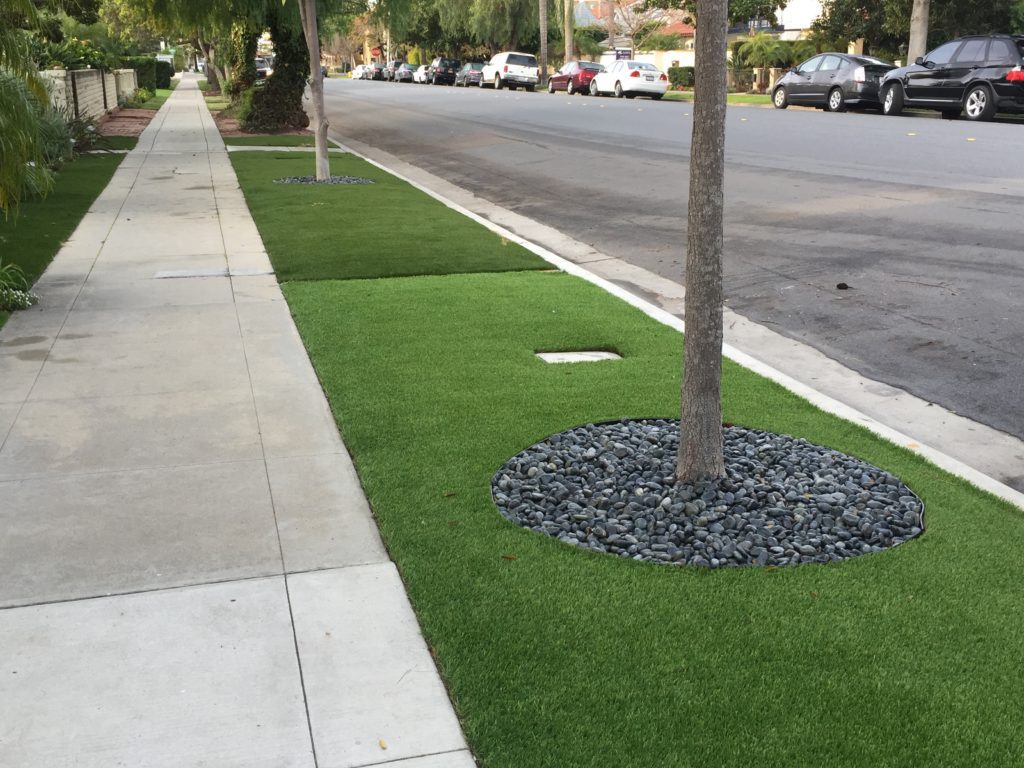 You also have to leave two feet of space around the tree. “Artificial turf is hotter than grass; roots need the extra ventilation to breathe,” said City Engineer Jim Newton.

A dedicated water source is also required. Valdivia recommends a bubbler. These tee off an existing sprinkler system and are easy to install. The parts are about $15. The labor can vary anywhere from $40 to $85.

Bubblers are good idea, even for grassy parkways. With Coronado’s sandy soil, it’s hard for trees to get water from a standard sprinkler system. Water is taken by the grass or percolates down, not much gets to the tree, as the graphs below illustrate. 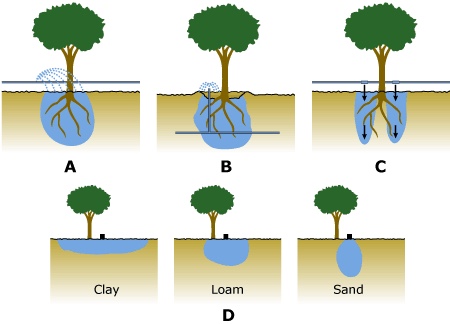 Besides meeting these space and watering requirements, an encroachment permit is also needed. For the past five months, Valdivia and his crew have been documenting artificial turf that was installed without an encroachment permit. He has sent photos to city engineers responsible for code enforcement.

In mid-January Newton sent 60 letters to residents who installed artificial turf in the parkway without an encroachment permit. “We don’t have a problem with artificial turf,” Newton said. “We just want to make sure it is installed properly and that trees are not damaged in the process.”

The letters were intended to educate residents, not to punish them. Unless a tree was seriously damaged, you won’t be fined. You won’t even have to pay for the permit.

Last year the city council voted to waive fees for water conservation projects. Permits are required because people do not own their parkways. “They belong to the community and are there for all of us to enjoy,” said Shannon Player, arborist and Street Tree Committee chair.

Except for replacing grass with grass, you cannot make any parkway improvements without obtaining an encroachment permit. Before making changes to your parkway, Player recommends that you consult the Street Tree Committee’s Master Plan.

Oftentimes the city takes a laisse-faire approach to code enforcement. It doesn’t send inspectors around town looking for violations. It waits for residents, usually neighbors, to report improvements that don’t comply with the city codes.

Trees are different. “The essence of Coronado are its trees,” said Valdivia.

Not only are they a source of civic pride, but they are environmentally essential. They soak up carbon dioxide, slowing climate change. They also help reduce water needs by providing shade and preventing soil erosion.

It doesn’t take much water to keep them alive. An established tree only needs 20 gallons once a month. “That’s two to three toilet flushes,” Player said.

Given the surge in San Diego County cases and hospitalizations due to COVID-19, County health officials are urging San Diegans to keep Thanksgiving and...
Read more
City of Coronado

https://youtu.be/q-pw6Hq4unoCOVID-19 cases are still rising. As Thanksgiving nears, find out what you can do and what San Diego County health officials are doing to...
Read more