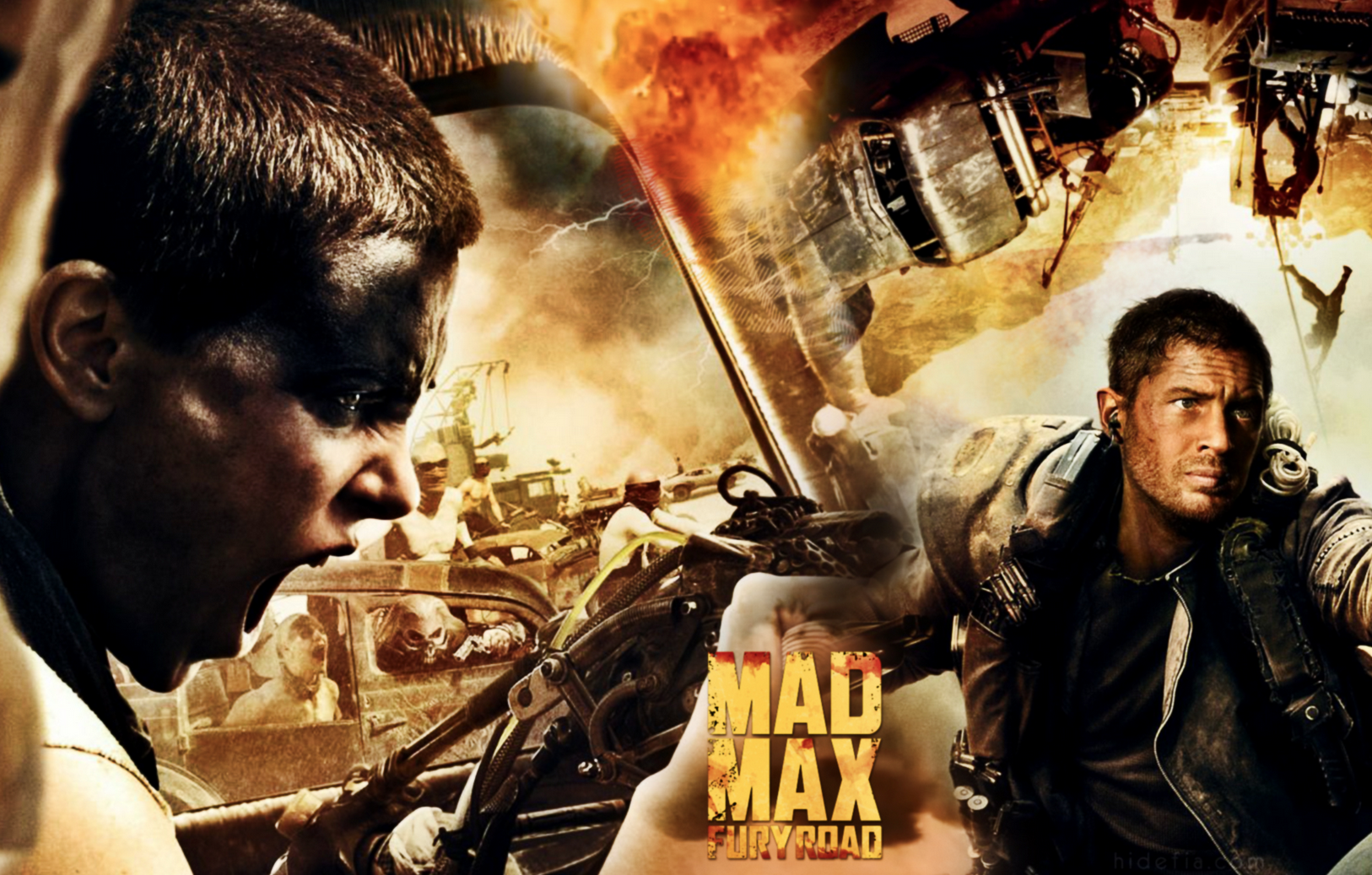 “My name is Max. …As the world fell, each of us in our own was broken. It was hard to know who was more crazy — me… or everyone else. So I exist in this wasteland — a man reduced to a single instinct — SURVIVE!”

Thus begins the chart-topping Mad Max, a cinematographic masterpiece set in a post-apocolyptic future. The movie is the fourth in the Mad Max franchise from the Australian director George Miller, but this is the first installment in 30 years.

Max is a renegade survivor in a desert wasteland until he is captured by the cult leader Immortan Joe. Now captive, Max is designated a universal blood donor and assigned to give blood continually to a War Boy named Nux. Meanwhile, the female leader Furiosa escapes in an armored tanker truck with Joe’s five wives, desperate to escape Joe’s clutches and find the “Green Place” of peace and freedom.

Nux, attached to Max, leaves in hot pursuit with Joe and his other minions. Thus begins a spectacular and lengthy road battle that compromises most of the two-hour film. The movie has been widely praised for its remarkable screenplay, acting, direction, action sequences, and stunts, and holds a 98% “certified fresh” rating from RottenTomatoes.com.

“Even though it’s hard to imagine a future like that,”says moviegoer Elliott, “there are actually a lot of parallels to the
situation in Syria and Iraq right now. Violent warring factions, scarcity of resources, and women and children being captured and held as slaves.”

There is even more to this summer blockbuster than great cinematography.