Spectacular “Woman in Gold” Now Playing at the Village Theatre

Woman in Gold is almost as breathtaking as the portrait “Lady in Gold,” the piece whose future is at the center of this dramatic film. Set in the late 1990s, with exquisite flashbacks, and based on a true story, Helen Mirren plays octogenarian, Maria Altmann, who is determined to recover a portrait of her beloved aunt, “The Lady in Gold.” Ryan Reynolds plays Randol Schoenberg, a young lawyer who forges the legal battle to recover the art. This quest takes both of them to new heights: geographically, and professionally, and personally. 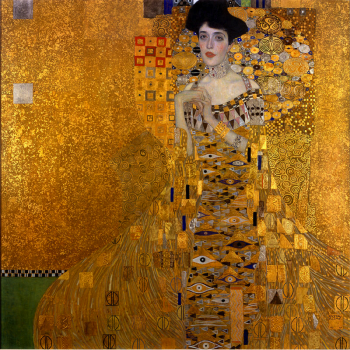 You may remember the 2014 movie, The Monuments Men, which played at the Village Theatre. Woman in Gold is an alternate and much personal account of the impact Nazi art theft had on Western Europe in the late 1930s and 1940s, and the impact it still has on the international art community today. Woman in Gold, however, is much more than a story about recovered art, although that is certainly the central plot thread. This clear, strong plot thread goes on to weave viewers through the personal history of Maria Altmann, her extended family, and their survival of the Holocaust in Nazi Austria.

The historical aspect of this story is fascinating. I was familiar with the painting “The Kiss” by Gustav Klimt. But I was unaware of the featured art of this movie the “Lady in Gold,” nor with Klimt’s other works. While not depicted in the movie, Klimt’s art, rich with Japanese influence and a generous use of gold leaf, featured many female nudes, and thus was considered scandalous at the time. Besides the art history, the history of Nazi rule in Austria is well depicted. There are no concentration camps or mass killings here; it is the pernicious willingness of community members to scapegoat, betray, and remain indifferent to the active anti-Semitism that stuns the viewer.

Movie-goer Melissa Lenz was moved by the tragedy of the families ripped apart by the Holocaust: “I knew the movie was about recovering art, but I wasn’t expecting to experience the impact of the cruelty to the Jews as their families and lives were dismantled in an instant. It really brings home again, how dehumanizing racism and prejudice are to a society.” 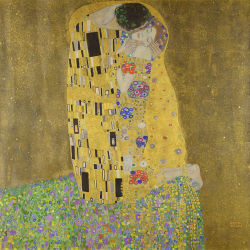 Even after the film explores the history of art stolen by the Nazi’s, and the relevant history of the Anschluss, the film is also a story about the fundamentals of a love, loss, and memory. The movie examines the value of memory and how one family’s story about their past is valuable and vital to the understanding of a larger historical context. It is also story of the ability or inability of objects to restore our losses. It also explores the extent that justice does, or does not, heal wounds of the past.

At times, the relationship between the feisty elderly woman and the handsome young man is a bit formulaic, but it does not detract too much. This is a beautiful movie – rich in history, drama, and comedic relief as well.

Showtimes: At the Village Theater