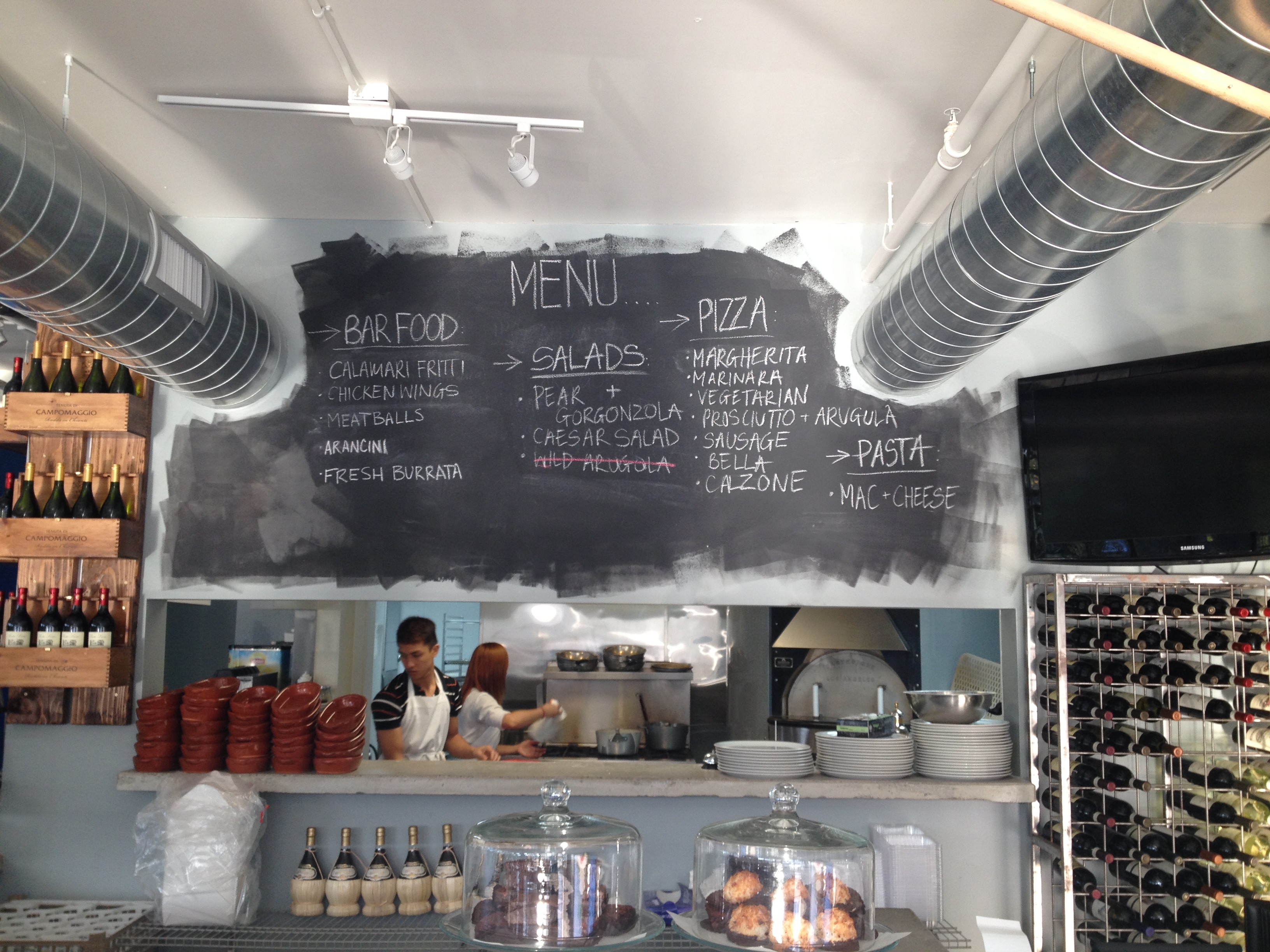 There’s a new pizza joint in town, just over the Coronado bridge, located on Mission Hills’ popular India Street, in the area affectionately known as “Restaurant Row.” Pizza e Birra, owned by Laura and Raffaele Petrazzuolo (who also own Coronado’s Sapori Italian Restaurant), boasts freshly made daily artisan-style pizzas. Within just a few months of opening, Pizza e Birra has proven to be a welcome addition to the competitive neighborhood collection of international culinary delights. 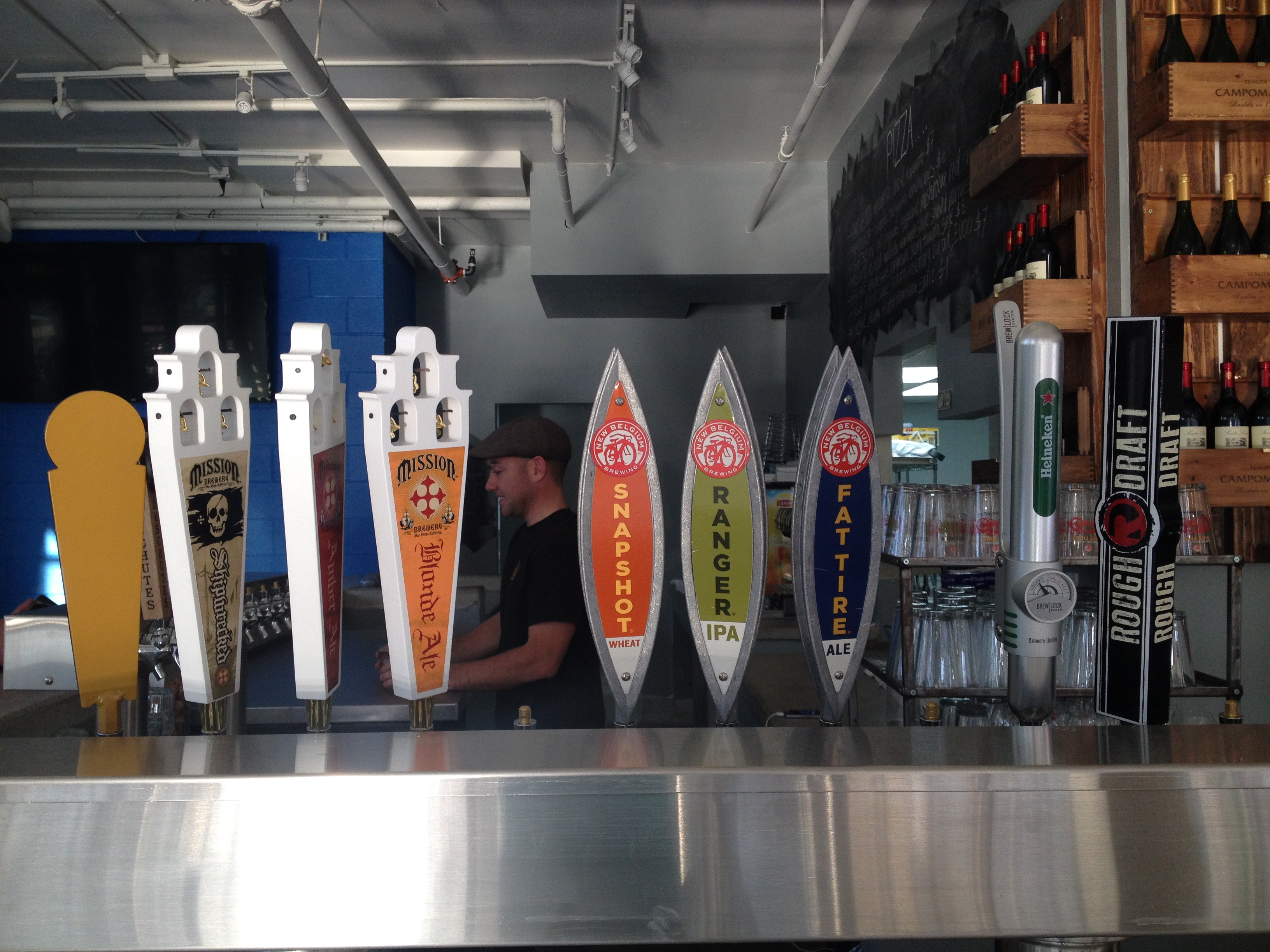 After coming to know and love Sapori, I jumped at the chance to take my family to the newest installment of the Petrazzuolo repertoire, which is just a short drive over the bridge. We were pleased to be met with a selection of antipasti starters, fresh salads, and made from scratch pizzas with crispy crusts and topped with a plethora of delicious ingredients — all for an incredibly affordable price. In addition to the great eats, Pizza e Birra’s menu also includes a great selection of wines and beers on tap (24, to be exact), which was the perfect compliment to our meal.

While Sapori in Coronado provides a more upscale dining experience with traditional Italian fare, Pizza e Birra is a casual, neighborhood-style eatery. The 2,000 square foot restaurant has seating for 120 between the indoor dining area and two outdoor patios. 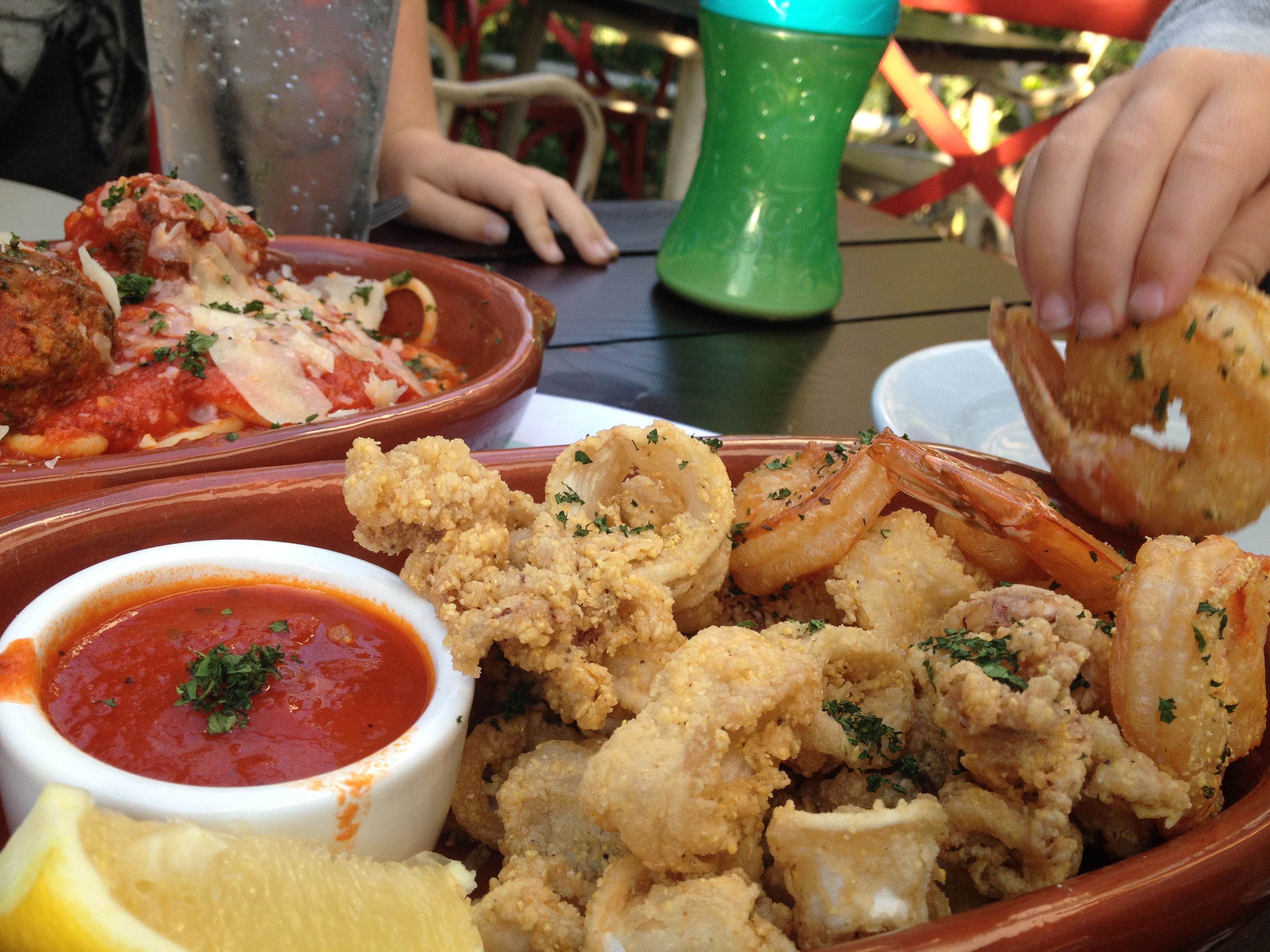 Arriving for an early dinner, to appease the feeding schedule demands of our two boys (ages 7 and 2), we enjoyed a quiet dinner outside in what seemed like our own private little garden before too many other patrons arrived. With two hungry little boys in tow, we started out our meal with a couple of appetizers, selecting the Calamari Fritti ($7) and the Meatballs with homemade marinara ($6). And, since my husband and I happened to be accompanied by two world connoisseurs of all things cheesy and noodle-y, we also opted to try the Mac + Cheese ($7). The calamari was cooked to perfection, containing the right amount of crispiness on the outside and drizzled with lemon juice, served alongside a house made marinara sauce. Our seven year old, whose young palate surprisingly loves all things that hail from the sea, deemed it the “best ever” and quickly gobbled up most of the dish. The meatballs were perfectly tender and seasoned to perfection, not even needing the pasta that was included. The Mac + Cheese was warm and gooey, its cheesy goodness filling every bite with much delight. What’s even more, the pasta was topped with crispy bacon, which is always a winner in my book, and the cheese sauce contained a slight hot pepper taste, similar to jalapeño, which added just the right amount of kick without being too spicy for our young diners. 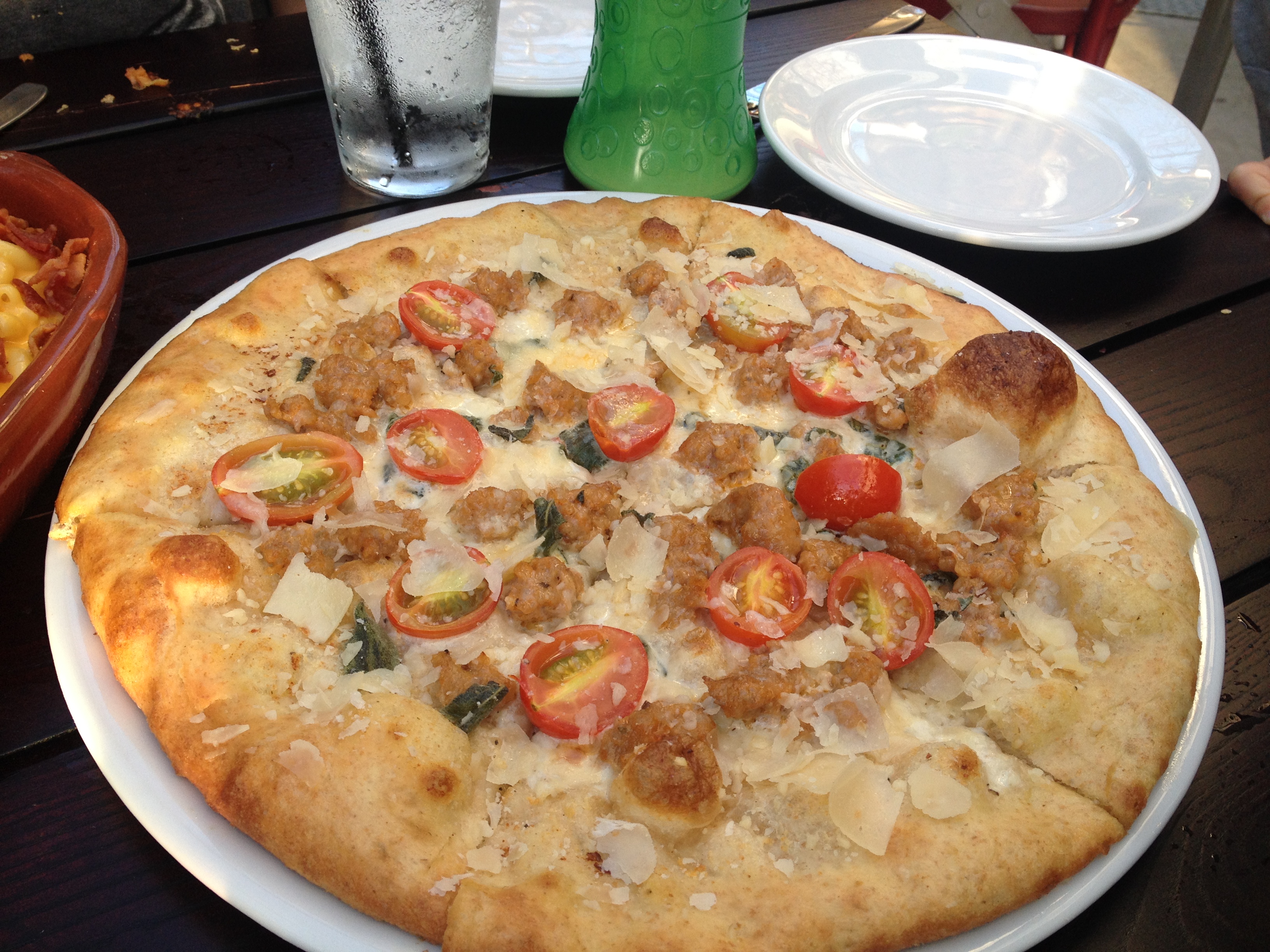 For our pizza, we opted for the sausage pizza ($8), which was topped with plenty of savory sausage, fresh tomatoes, sage and a light alfredo sauce, a nice change from a traditional marinara. In our household, thin crust pizza is a favorite, so the crispy Neopolitan-style crust was a huge hit with all of us.

We learned that all of their pizzas, which are sized to be personal style, are cooked in their pizza oven that looks like something straight out of Pompei. Utilizing both wood and gas, the oven, which is shaped like an igloo, heats to a sizzling 800-900 degrees, churning out pizzas within minutes.

When I asked owner Raffaele about what sets his menu apart, he was quick to point out that their pizza dough is very special. It’s a secret recipe that has been handed down by his family from generation to generation, ultimately being shared with him by his dad. He hails from a family of breadmakers, who for centuries have been crafting homemade breads and dough.

Pizza e Birra joined the likes of Saffron, Blue Water Seafood Market and Grill, El Indio and the Regal Beagle Ale House and Sausage Grill on Restaurant Row in December, although an issue with the sprinkler system triggered by the pizza oven forced them in a brief hiatus. Now back up and running, Pizza e Birra has received a warm welcome from both those who have already frequented the India Street dining scene and from Sapori’s loyal followers, who have made the trek across the bridge to enjoy a the lighter, more casual, fare.

“Pizza e Birra is a place where we want our customers to be comfortable and enjoy something a little different,” said Raffaele Petrazzuolo. “Bar food with pizza, antipasti, and cold meats. Casual options.” 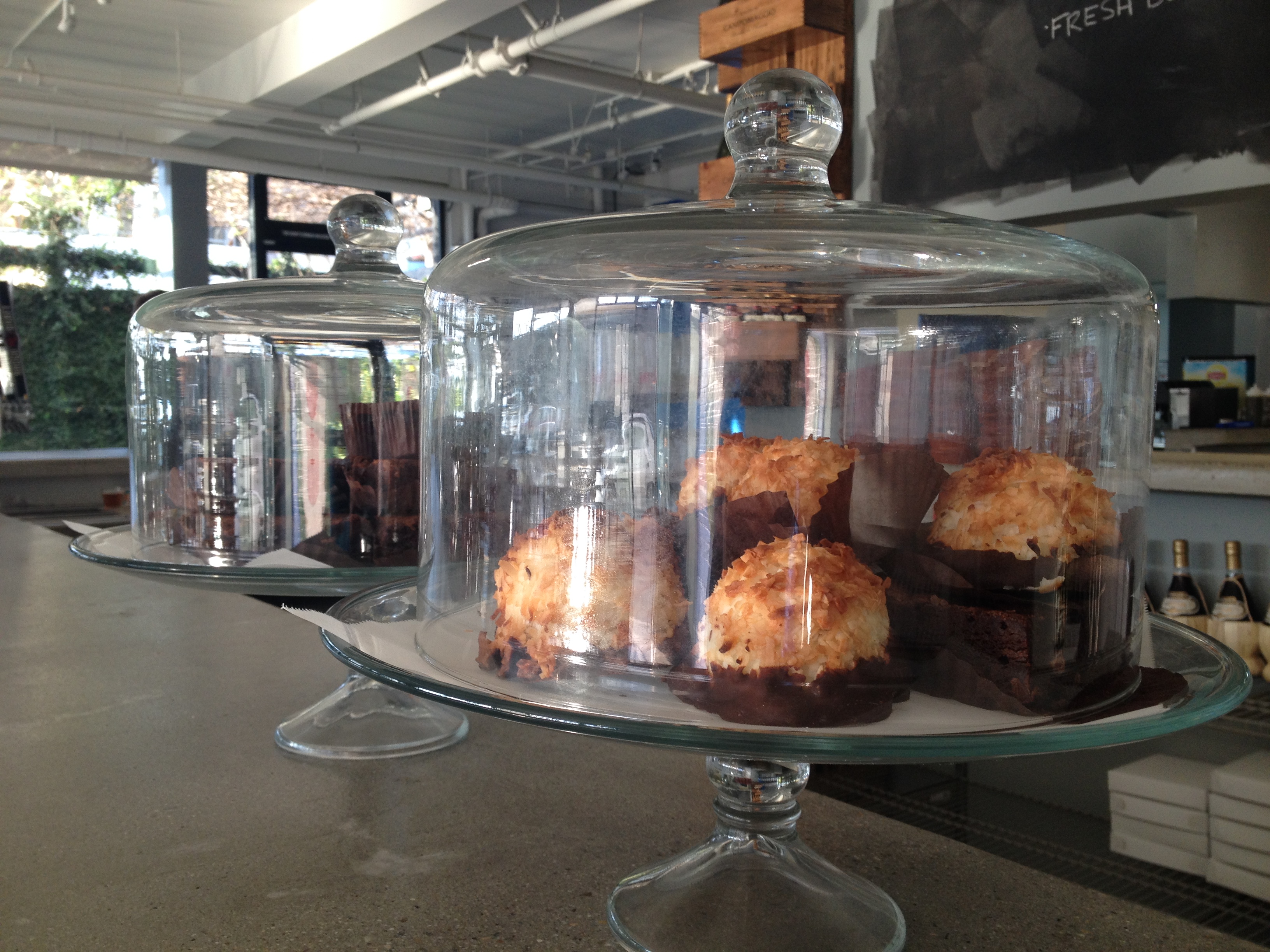 Of course, no good meal would be complete without a nod to the sweet tooth, so it’s important to mention that Sapori’s decadent desserts made the journey to the new place as well. Owner Laura bakes fresh desserts regularly for Pizza e Birra  her warm chocolaty brownies, flaky pastries and other baked goods put a delicious and sweet finishing touch on a great meal.

Other menu options include Chipotle BBQ chicken wings ($7), Arancini (fresh rice balls filled with Bolognese and mozzarella $6), Caesar salad ($7) and Pear and gorgonzola salad ($7). Pizza offerings include classic margherita with fresh marinara, basil and mozzarella ($6), vegetarian topped with bell peppers, eggplant, mushrooms, red onion and mozzarella ($7) and prosciutto arugola ($9). Raffaele explains that the menu will expand over the next several months as they continue to grow, and shares that they will also be opening for lunch.

Pizza e Birra definitely makes the cut for bridgeworthy status in my book, and I look forward to my next encounter with their crispy crust. 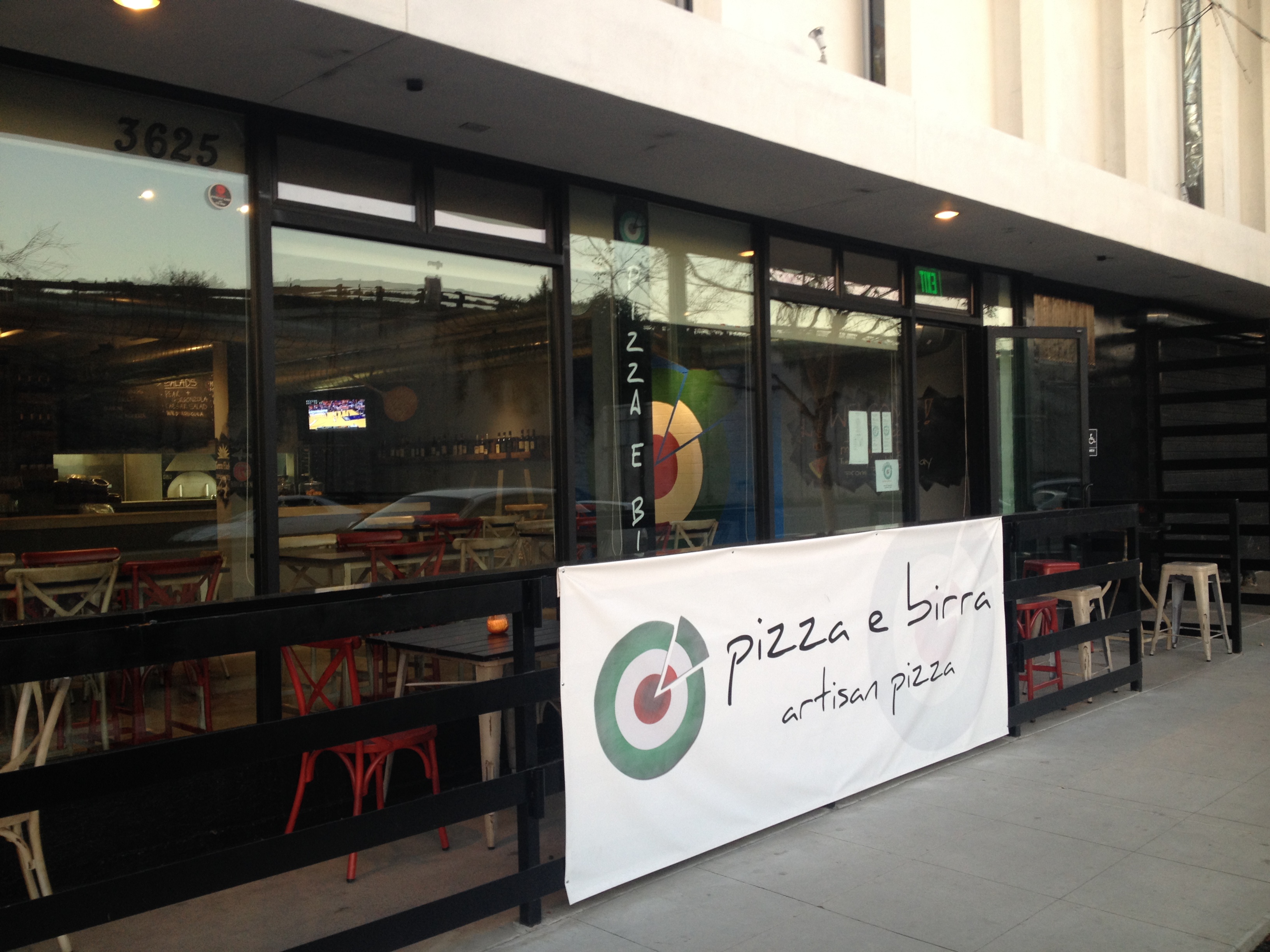 The County of San Diego sent out dozens of cease and desist orders to San Diego businesses that are not in compliance with county...
Read more
Dining

Give thanks this year among unmatched SoCal coastal views. Pairing a Thanksgiving feast with an upscale, sustainable, sea-to-table culinary experience, Serẽa is offering a...
Read more
Dining

The Henry is running a gift card promotion now through the end of the year -- for every $100 in gift cards purchased, you...
Read more
Dining

Seasonal Specials Spice Up or Sweeten Your Cup of Joe

The recent chilly weather (for SoCal) gets people thinking about the holidays and the associated flavors that pop up at favorite coffee spots. In...
Read more
Business