Food Network Hostess & Coronado SAFE get “Kids in the Kitchen” 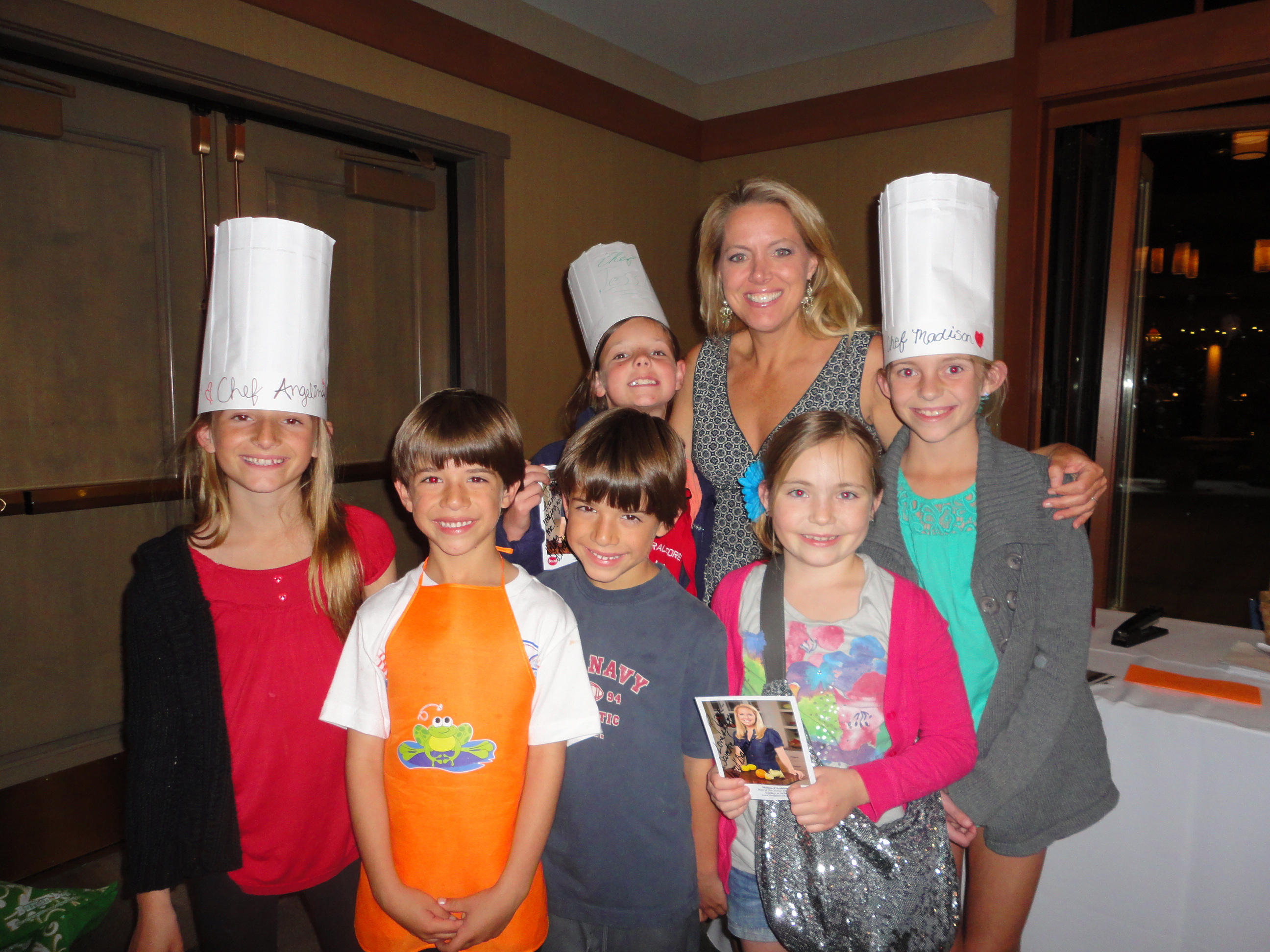 Local Coronado resident and Food Network host of “Ten Dollar Dinners” , Melissa D’Arabian, joined forces with Coronado Safe to raise funds while getting “Kids in the Kitchen”. This one time class served as a wonderful food experience for our children while also raising funds for SAFE’s programs. 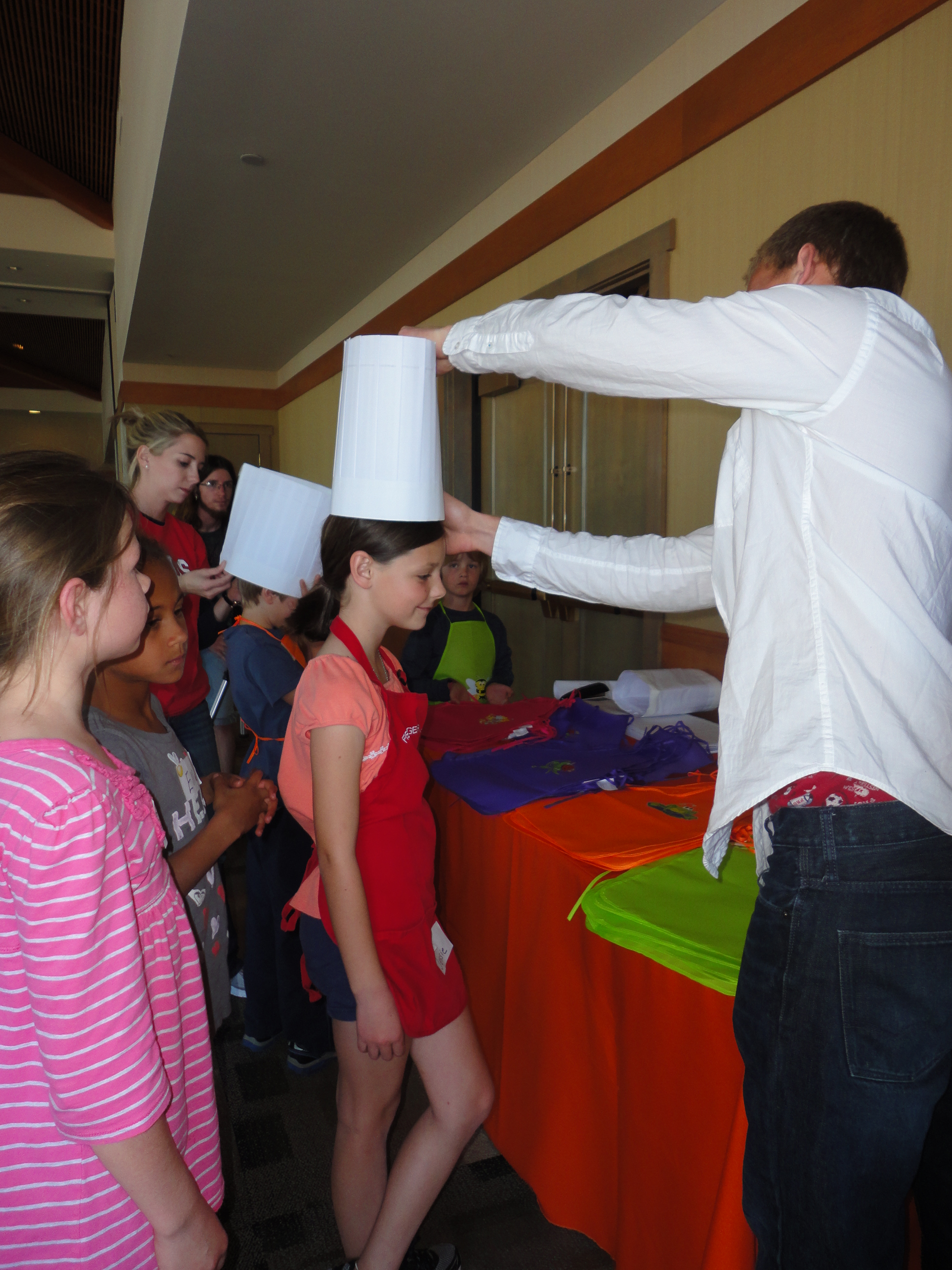 A participant is fitted with her chef hat 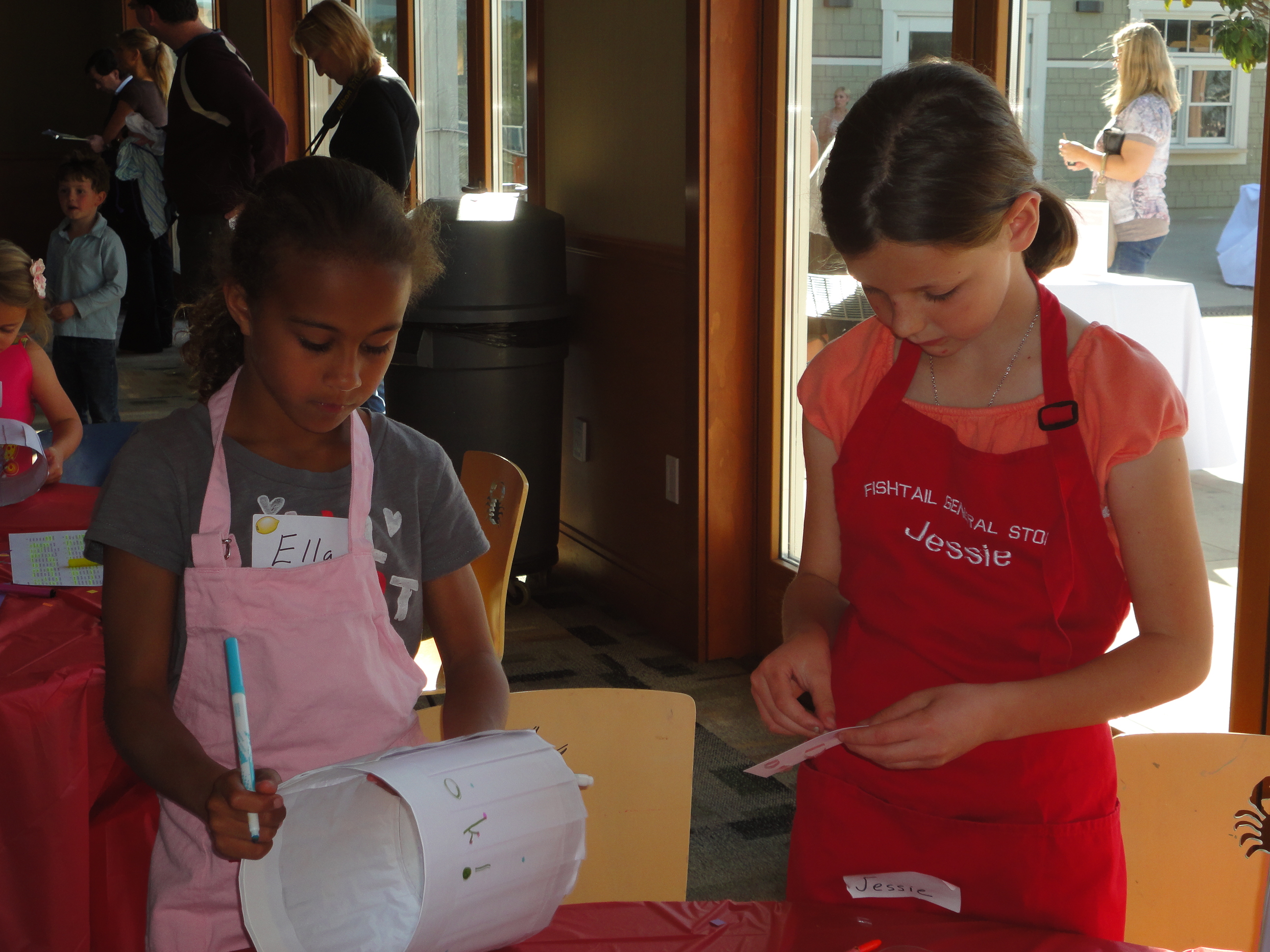 The program required pre-registration and was open to elementary school aged children. Each participant was given a name tag upon arrival with an apple, avocado or lemon on it. This helped divide the children into three different groups. Each child was offered a colorful apron (some children brought and opted to use their own) and given a tall, white chef hat. The first order of business was personalizing their chef hat with markers and stickers. 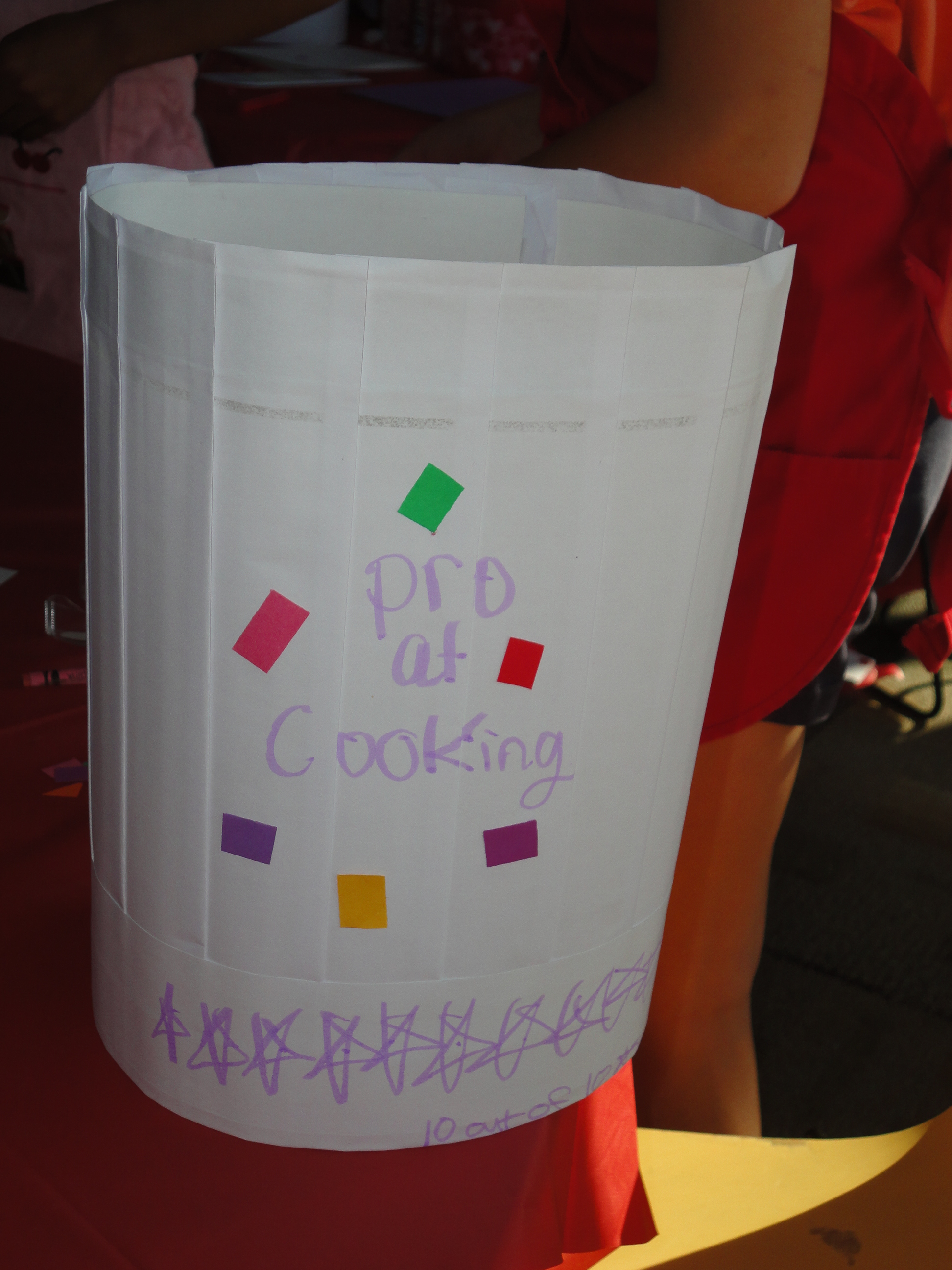 The groups were involved with three different stations over the course of the two hour class. At the kitchen station they participated in the prep and cooking of dinner. Younger chefs were involved with making the bread and the butter while those a bit older made salad dressing and the salad and the oldest chefs made the pasta and brownies.
The nutrition station offered an opportunity to learn about fruits and vegetables and the importance of eating a “rainbow” of these produce items each day. The children used fresh fruits and vegetables to make playful and colorful centerpieces for each table. 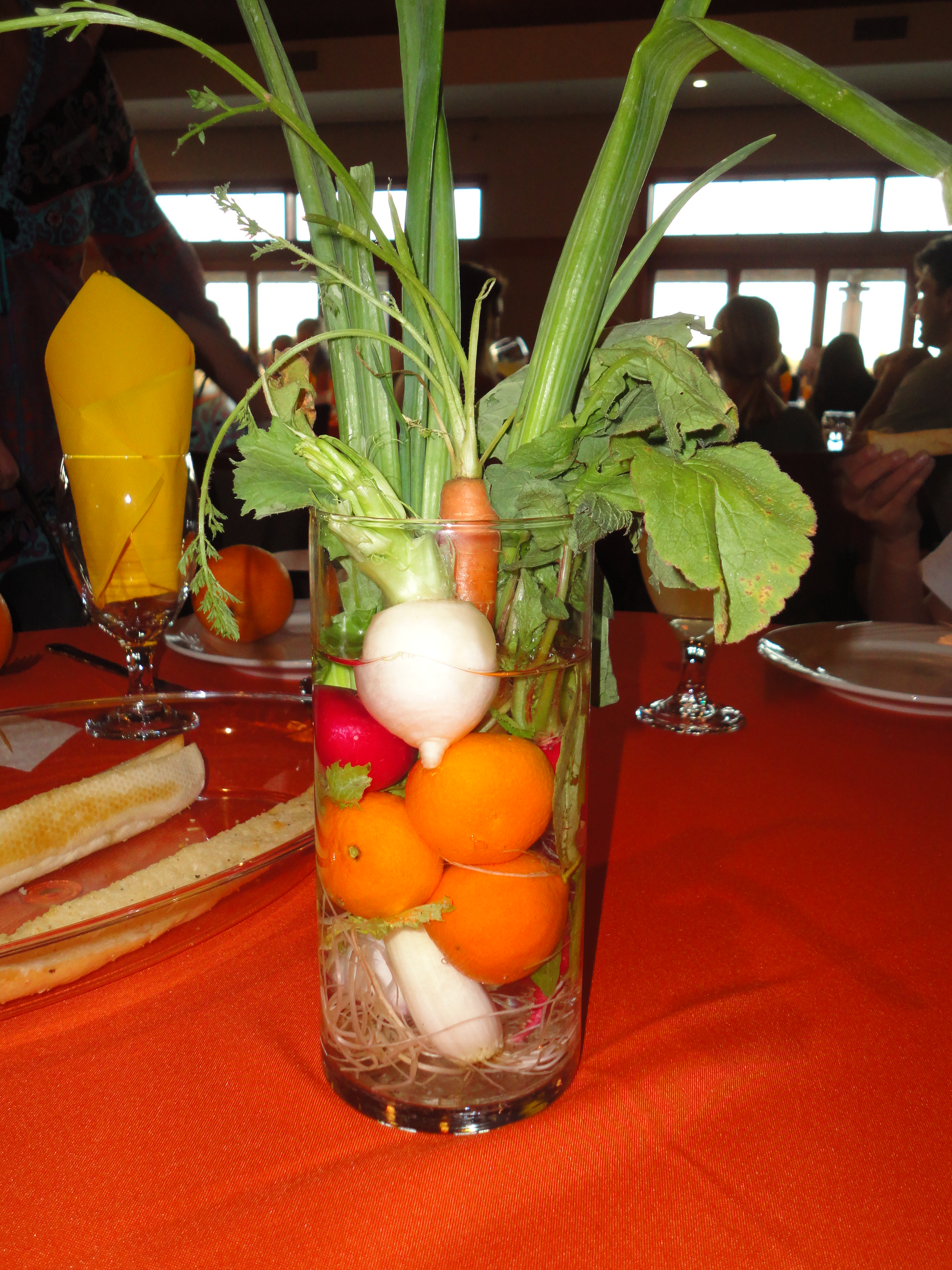 An edible and colorful centerpiece

The hospitality station involved making a place card for each member of the family who would be attending the dinner. This was a chance to use more markers, stickers and fresh fruit. The children also found their family’s table and placed the cards on assigned spots at each table. 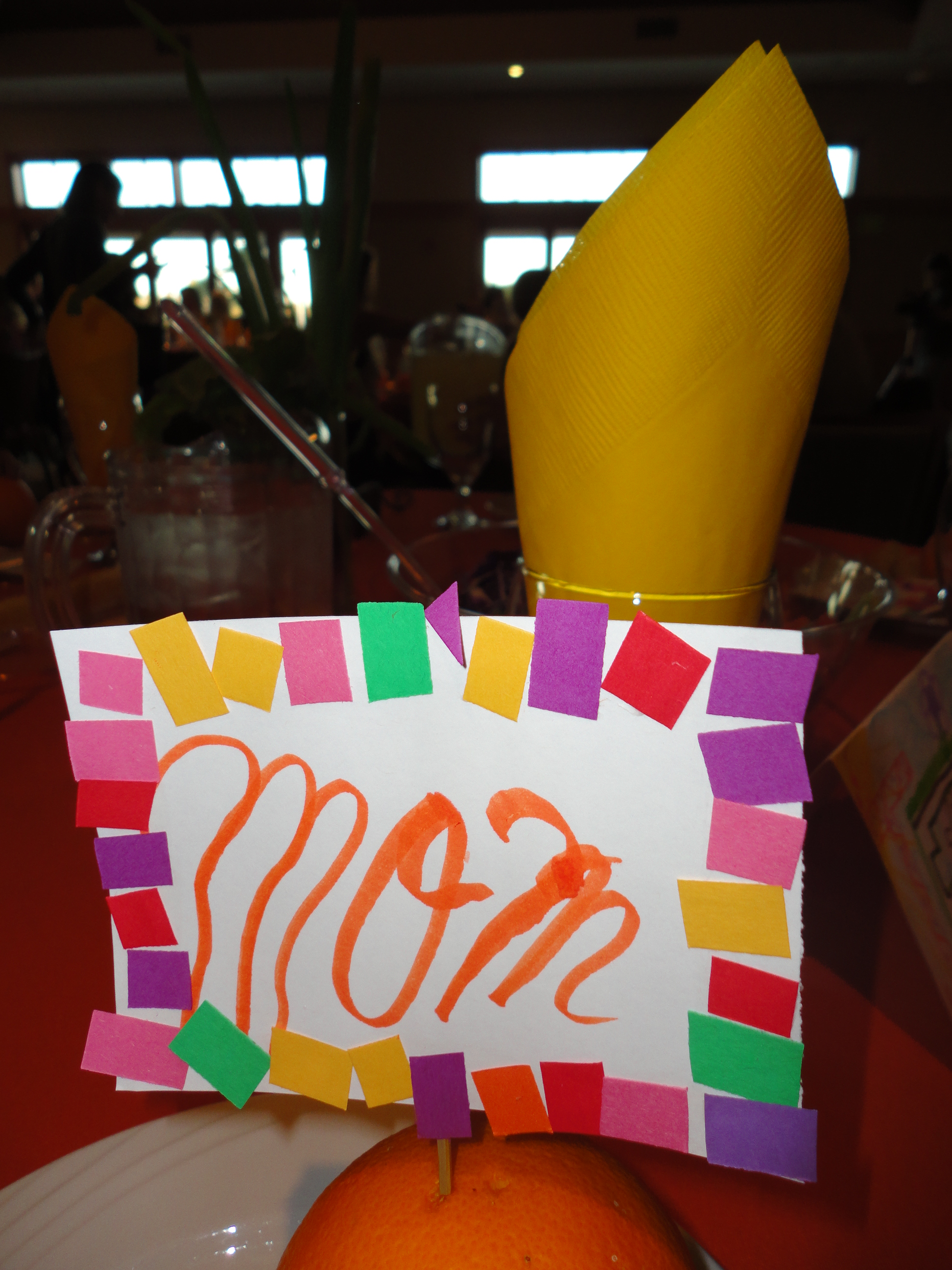 The last and best part for the families was arriving to taste the delicious fare our chefs had prepared. We were greeted by all the children already seated at their tables. Each table of eight was adorned with a pitcher of water, a pitcher of lemonade and some very large and yummy breadsticks. After the bread we were treated to a mouth -watering salad. We learned that to make your salad ahead of time and keep it from wilting, put the dressing on the bottom of the bowl followed by the greens and other ingredients. At our table, we let the two participating chefs toss the salad before it was served. 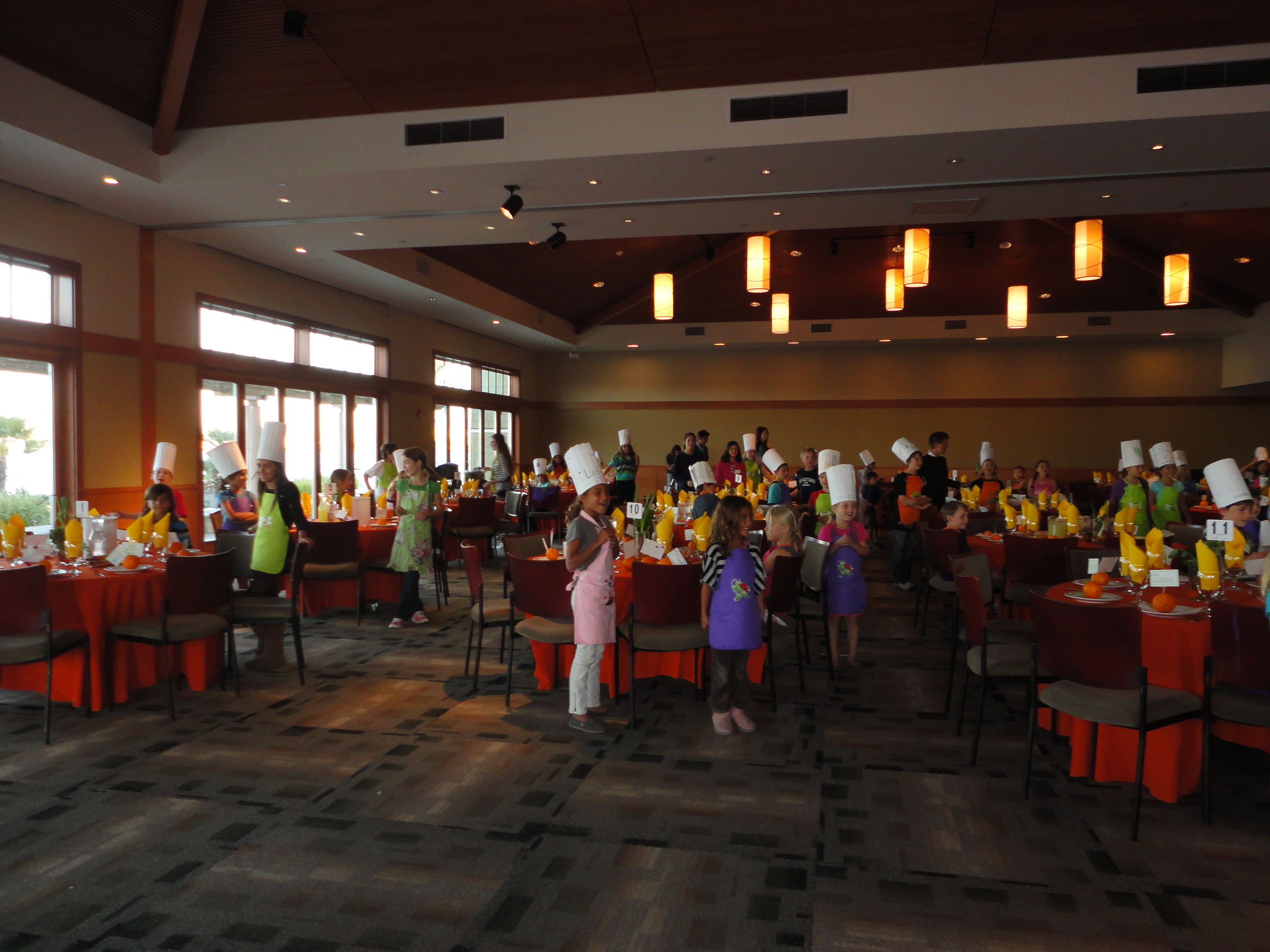 Participants greet their families as they arrive for dinner 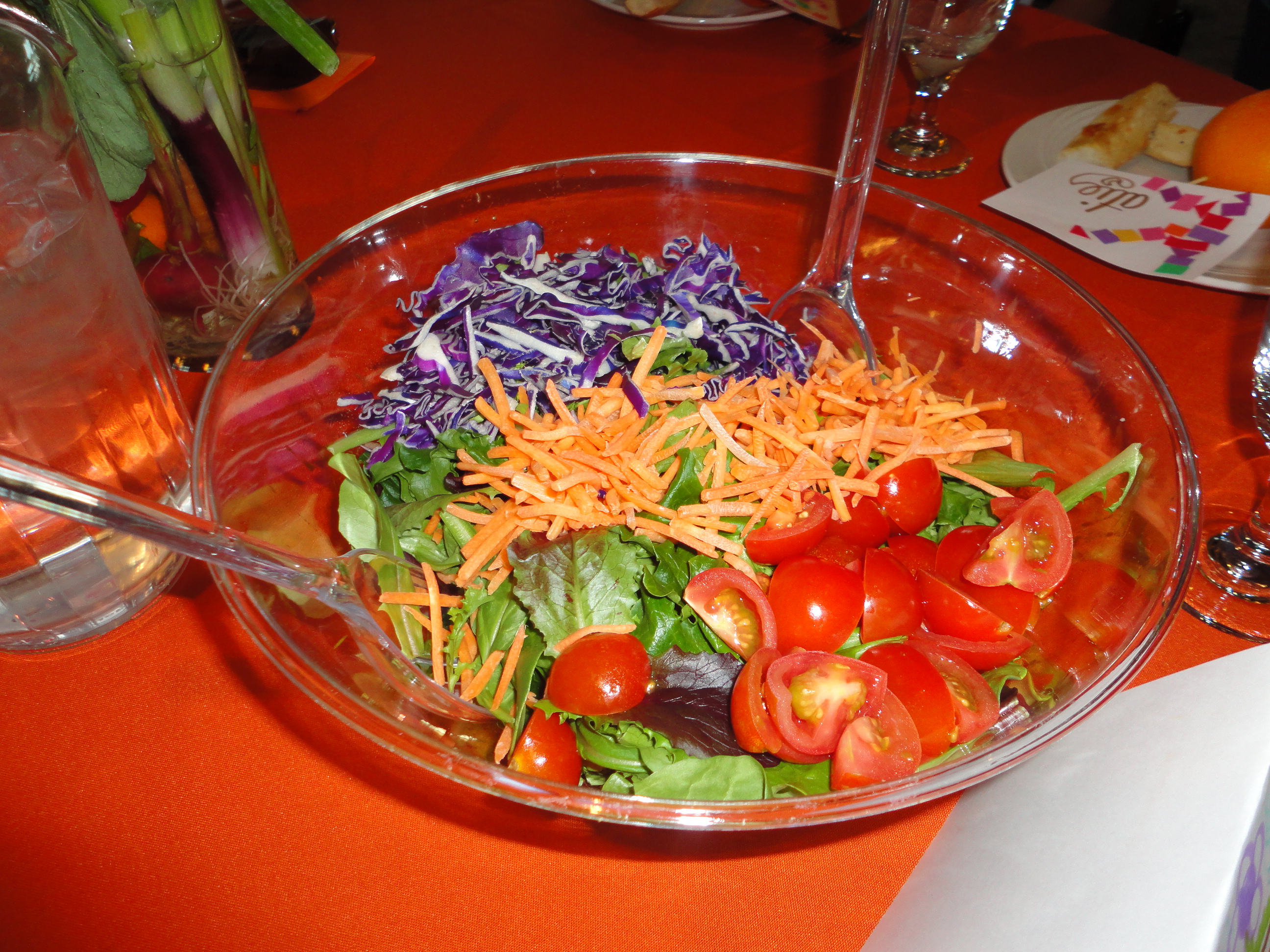 The main course was penne pasta with sausage and roasted veggies. It was so delicious that the bowl at our table was emptied completely! The much awaited black bean brownies (YES! You read that correctly.) were finally served for dessert and they were delicious. It was explained to the crowd that the addition of the fiber and protein in the brownies helps control the sugar affects. The brownies were presented sprinkled with powdered sugar. Melissa D’Arabian noted, “A little powdered sugar cannot be underestimated as a handy tool for busy parents…I put a little powdered sugar on a bran muffin and to my kids, it’s suddenly a cupcake.”

During the hour long dinner portion there was a raffle with three prizes donated by Kia Robertson of “Today I Ate a Rainbow”, a program encouraging children to eat at least five fruits and vegetables a day and take responsibility for making healthy choices. (http://www.todayiatearainbow.com/) There were silent auction baskets on display for bidding, as well. All money earned will go directly back to the community through Coronado SAFE’s enrichment, education and support programs.

Melissa D’Arabian was warm and friendly and very giving of her time. She took pictures with participants who requested a photo and signed autographs for all who asked. You can catch Melissa and her show “Ten Dollar Dinners” on Food Network Monday-Friday at 1:30pm and Sundays at 10am. You can also follow her as host of “Drop 5 Pounds” on the Cooking Channel, Saturdays at 8am. 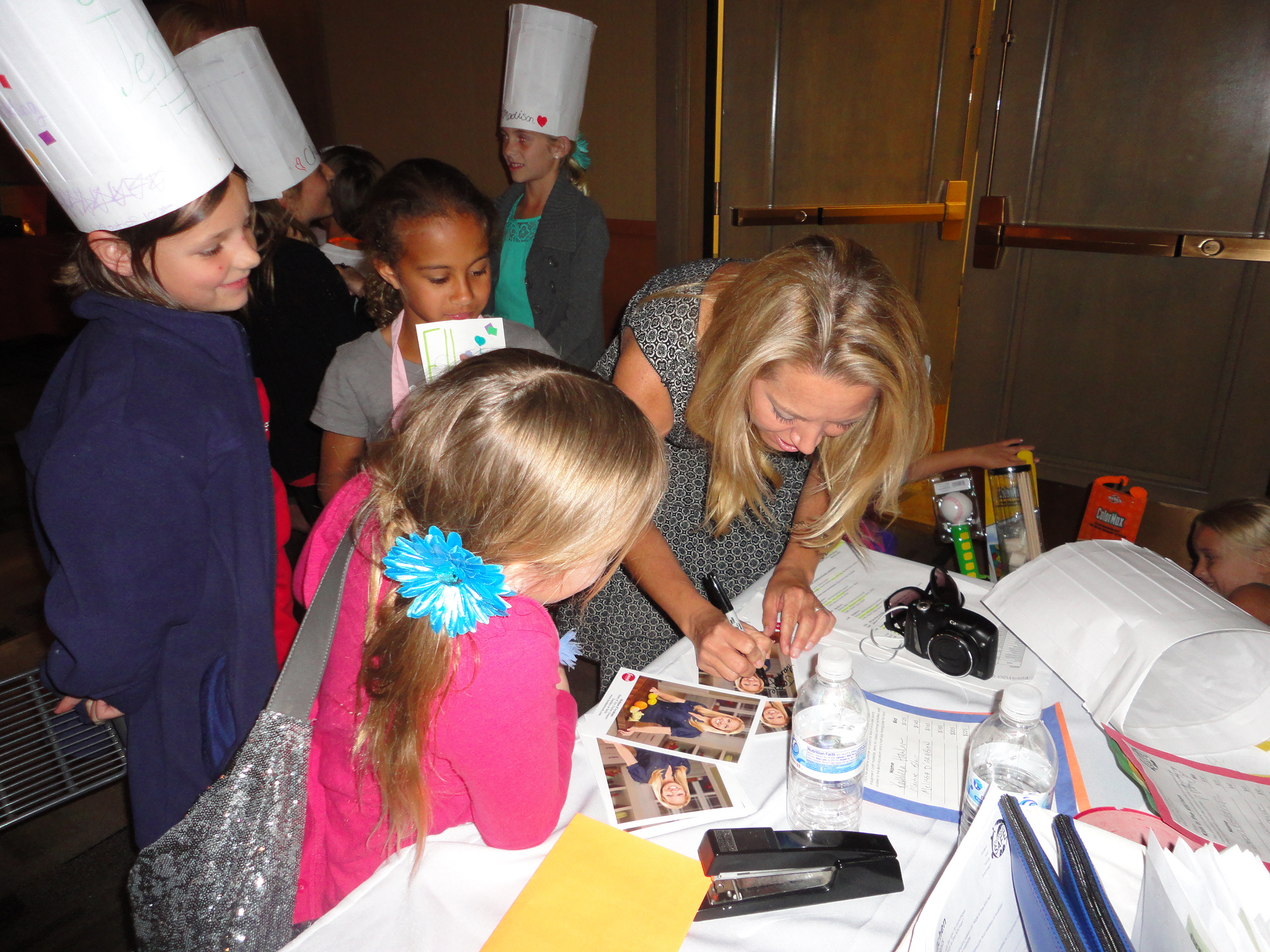 The success of the “Kids in the Kitchen” program is reflective of the giving community in which we live. There is a large group of giving individuals who made the entire program possible. A huge thank you goes out to Allen Christensen of Crescent Moon Catering who, according to SAFE’s Madison Webb, “donated his time and service and poured countless, countless hours into preparing for this event. He was extraordinary with the kids and literally prepared food for 160 people with only one assistant. AMAZING!”

The next thing on the calendar for Coronado SAFE is a FREE FAMILY EVENT Sunday, March 18 at the Coronado Community Center from 2-4pm. The theme is St. Patrick’s Day and you can pre-register your family by contacting Carol Tessicini 619-522-6884.

If you have something you would love to read about, please contact me at calikellee@gmail.com