She was just three years old, leaning so far forward in her father’s lap that she nearly tumbled out, her eyes fixed on the Sugar Plum Fairy. Miranda Giles had found her calling.

Now, 22 years later, she’ll dance the same role, as well as the role of Snow Queen in The Nutcracker with the Golden State Ballet and the San Diego Symphony.

“When you love something so much, the passion and fire inside of you is too powerful to explain,” the Coronadan said. “Being able to share my soul, my heart, and my dancing with the people who come to see the show is what really makes it all worth it for me.”

Since that monumental winter night watching the famous ballet as a toddler, she’s been in dance lessons constantly. She even spent her final year of high school learning remotely while dancing with the Joffrey Ballet in Chicago. She was all in, and still is. Today, she spends six hours, six days a week rehearsing. After that, she teaches dance or works on her ballet-inspired fashion brand, Miranda Rose.

“I dedicated my whole life to the ballet studio,” Giles said. “Everything was always ballet for me; that was how I wanted to spend my free time. There was nothing else I wanted to do.”

Giles speaks in the measured, intentional gait you’d expect of a dancer. She weighs her words and speaks with calm purpose, like the soothing tick of a metronome.

“When I show up to dance every day, I’m at my most honest,” she said. “I can dance how I’m feeling. You can’t fake dancing.”

This is Giles’ second time dancing this role after being promoted to soloist with the company. She said she’s eager to approach the role in a new way this year. That’s part of the magic: Each time she watches the ballet, she finds something new to appreciate. Why should it be different for its performers?

Still, it’s no small feat to dance the role that inspired an entire life trajectory.

“When you’re given the opportunity to step into these soloist and principal roles, you want to bring such grace and elegance to them,” Giles said. “It demands so much from you, and when it’s one of your first big roles, you can get into your head and get nervous. This year, I’m looking forward to coming back to the stage with everything I’ve learned.”

Giles credited her success to her parents, not only for supporting her drive to dance (they did), but also for ensuring her pursuit of dance remained sincere. A challenge in deciding your career at three years old is the potential to feel trapped in that choice, simply because it’s what you’ve always done. Add that to the grueling rehearsal schedule professional dance demands, and dance is a career that requires true love.

“My parents have had my back with everything I’ve chosen to do in my life,” Giles said. “I was young, so they would check in: ‘Are you sure you want to be a dancer? Are you sure you don’t want to go to college? Are you sure this is what you really want to do?’ They never wanted me to feel pressured to keep doing anything.”

Even now, Giles said she’s still stunned to receive a paycheck for something that she doesn’t just love, but that she would be doing regardless of pay.

The Nutcracker opens Dec. 16 and runs through Dec. 23 at the San Diego Civic Theater. It’s a family-friendly production, though children must be four or older to attend (save for performances on Dec. 17 and 18 that admit three-year-old children). For tickets and more information, see the Golden State Ballet’s website. 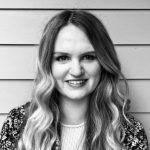