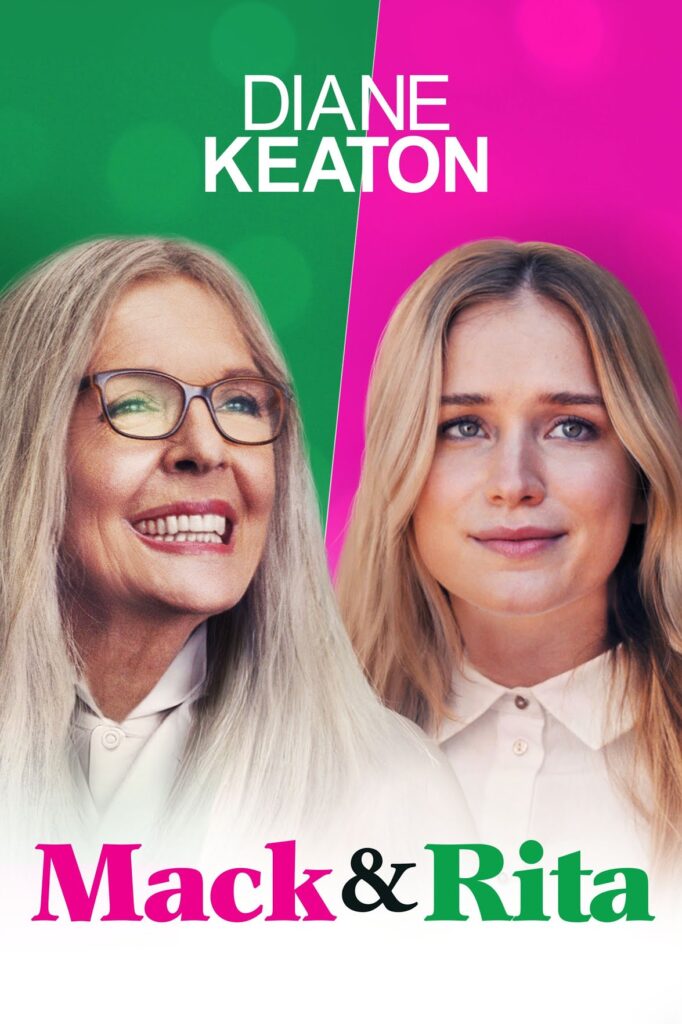 What would happen if we stopped acting our age, and started acting in a way that honors our true, authentic selves, no matter how quirky? That’s the question posed in the newest comedy starring the dazzling Diane Keaton as Rita, the endearing Elizabeth Lail as Mack, and the fierce Taylour Paige as Carla. In this comedic caper, reminiscent of the 1988 film Big (with a dash of 13 Going on 30) Mack, an old-at-heart 30-year-old social media influencer wanders into a “past life regression” tent and emerges her 70-year-old self, a dewy and effervescent Rita. Chaos ensues, and it’s charming and fun, until it isn’t.

The film opens with a snappy energy, following a plucky, grade school-age Mack riding a bike around her neighborhood with friends. But she ditches her girlfriends and pulls off into her Grandma’s driveway, the “coolest old gal” she knew. She says that her friends always like to ride too fast, and she likes to take it slow. Although the now 30-year-old Mack is a published author with influencer status, she doesn’t embrace her life: says she wants to lay down whenever she wants, say what she wants, take what she wants, and never use a filter. “I’m an old woman trapped in the body of a little girl,” Mack explains, on more than one occasion.

When her fashionable and partly flippant friends accompany Mack and her bestie Carla to Palm Springs for a bachelorette getaway, the storyline takes a turn. Mack undergoes her transformation, and, if it’s possible, becomes a brighter, more fabulous version of herself…albeit much, much older.

And here’s the thing: Diane Keaton makes 70 look pretty darn fly. To be sure, the film capitalizes on the “coastal grandma” vibe with some pretty fantastic wardrobe ensembles, Keaton really crushes this role with her spunk and charm. And she unwittingly gives every woman alive hope that they, too, can look sensational at 70 — engaging and beautiful and relevant.

Other memorable performances include Paige as Carla, who stands by her bestie no matter what form she’s in, Loretta Devine as Sharon, Carla’s mom, and Patti Harrison as Mack’s fiery, phone-throwing publicist.

There are a couple of funny and engaging scenes where Rita tries to explain the art of social media “likes” to the grandma’s wine club, and Simon Rex as Luca is pretty entertaining as the past life regression guy. But once you get past the spot-on fashion choices, smart dialogue and stand-out performances, the film starts to wobble like a grandma in 6 inch heels. The scenes seem to drag on with no apparent reason and some just fizzle out.

And then there’s the awkward moment where the glammed-up grandma Rita kisses Jack, Mack’s would-be love interest, who is 30 years younger. But at closer inspection, this moment actually challenges our misogynistic notions, because hello…how many times have we seen men date women 30 years their junior? (Don’t believe me? Check out this link of celebs here.)

I did appreciate the themes in this film, most of all that getting older is something to look forward to, not dread. The movie gives you license to be yourself, asserting that there is a deep power and yes, a luminescent beauty in knowing who you are. The film also takes on the idea of the “spectacle” of social media with a refreshing verve that’s hard to argue with.

But the problem is that Mack & Rita tries to serve up a chamomile tea in place of a bubbly mimosa, and to make matters worse, it’s luke warm. Do I recommend this film? It depends on how much time you have to kill. 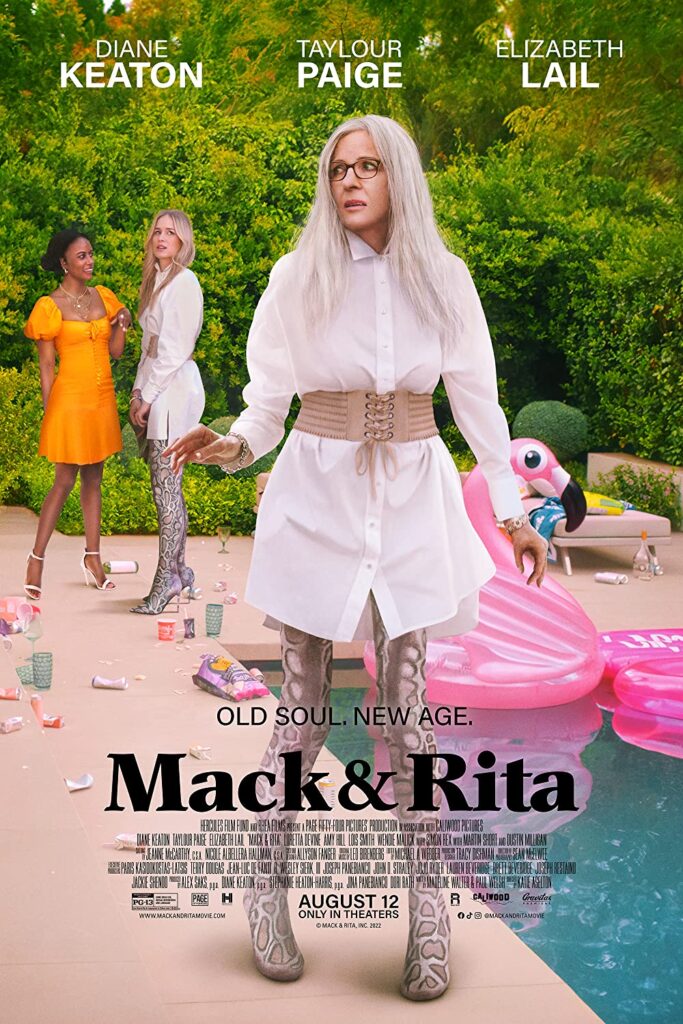