Tears come to Alaa Elsadek’s eyes when he talks about his 20-year run at Bistro d’Asia (1301 Orange Ave) that has now come to an end. “I always felt that our customers were like guests in my house, and we treated them with special care,” he says, and emphasizes that as difficult as the pandemic was, a bright spot was the special connections he developed with customers when they picked up take-out food.

The only one in his family of five siblings to leave Egypt, he always wanted to travel, but cooking was not on his radar until college, when he would spend summers in England and work in restaurants to earn extra cash and get free meals. His background is in accounting and economics, but he says that even though he considered master’s and doctorate degrees, he ultimately decided that he would rather be in action on his feet than behind a desk.

A standout soccer player, he looked at playing for the Chelsea soccer team, but they didn’t accept foreign players at the time. After moving to Cleveland, he was three days from signing with the Cleveland Cobras but severely tore his hamstring. Another sports opportunity came when he was invited to try out for the Dallas F.C. team, but again sustained an injury. He considered joining the outdoor San Diego soccer team, but in the early 1980s the $1200 monthly salary was less than he made washing dishes, so the restaurant industry got his full attention.

Starting as a dishwasher, then busboy, waiter, and working his way up through many restaurants in the U.S. and Europe, he taught himself skills along the way, like filleting fish and a myriad of cooking techniques. “I learned to make myself valuable, so it would be hard to get rid of me. I did whatever they asked me to do, whether it was in my job description or not,” he laughs.

Alaa worked in corporate management for The Rusty Scupper Restaurant Group and then had part ownership in Harbor Grill in Dana Point for 10 years. He later opened the Grill at La Jolla, which was bought out by Brigantine. For several years he also worked for Wolfgang Puck restaurants, and then helped open the first Bistro d’Asia in downtown San Diego. Coronado was the second location, opened in July 2001. Back then, the original rent was $9,000 a month and the landlords, who became his friends, only increased his rent for cost of living, about 2 ½ to 3 percent yearly. In April 2019, under new ownership by the Shah family, the rent was $18,500; with insurance costs, it brought his expenses to nearly $21,000 monthly. The first months of the pandemic were beyond tough, but Elsadek says he continued paying full rent.

Just as many are hopeful we’re starting to come out of the pandemic, with June and July this year as Bistro’s best revenue months ever, Alaa got notice from his landlord that they were looking for another tenant, but would let him stay temporarily until one was found. He decided it was time to close the doors, but didn’t put the word out in advance because it was too emotionally draining for him.

Always quick to answer that his favorite part about the restaurant was his guests, he shared that many of them became friends, and remarked that 98 percent of them were nice. “I love this place so much and was here every day, unless I was out of town, and worked 80 hours a week during the pandemic, to try and survive,” he comments. It’s evident in conversation with him that he poured his heart and soul into everything, and also treated his employees well. He saw himself as the captain of the team with staff (many of them whose parents he knew before they were born), who worked with him, not for him. His mantra was the golden rule to treat others as you would want to be treated. Currently he is helping his former employees find new jobs.

Customers have been posting their love of the restaurant and sadness at its closing on social media and want Elsadek to know he will be missed. When asked what the most popular dishes were he noted the Bangkok Beef, Orange Chicken, Firecracker Shrimp, and the variety of fresh sushi as favorites.

As for what the future holds, Alaa will first be having surgery on his foot, and then keeping his options open, but will possibly end up as a restaurant consultant, because he knows the industry from every angle. 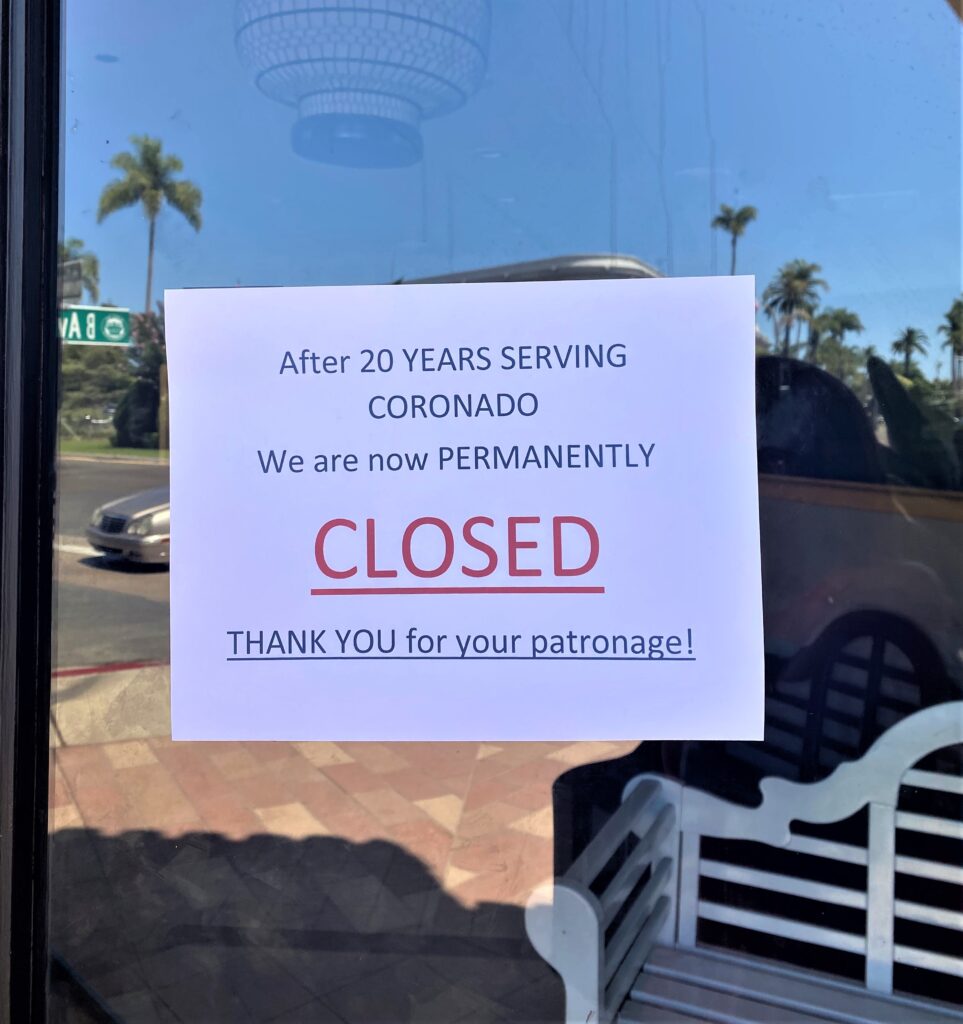 Change on the Horizon for La Avenida Inn and Business Plaza