A college student. A struggling Hollywood actor. An out-of-work attorney. A mother of four. They’ve all passed through the gates of the Transitional Storage Center, a facility in downtown San Diego where homeless people can safely store their personal belongings.

“We get lots of people here, all types,” says Danny McCray, facilities supervisor for Think Dignity, a non-profit dedicated to helping the homeless, just a five-minute drive over the San Diego-Coronado Bridge in downtown San Diego. “You can’t stereotype homelessness. It’s not just the people you see on the streets.”

Homeless people aren’t allowed to take all their belongings with them to job interviews, healthcare appointments or on public transportation, according to Mitchelle Woodson, executive director of Think Dignity. If the person has to go somewhere, they can hide their belongings, or ask someone to watch their stuff for them. Often, it gets stolen, she says. Usually, it’s everything they own.

“The importance of storage is underestimated,” says Woodson, who also works as an attorney after graduating Thomas Jefferson Law School in 2015. “What if you had to carry all your belongings with you everywhere you went?”

Serving about 400 people a day, the Transitional Storage Center, located at 252 16th Street, offers 434 lockers and storage bins, all secured with combination locks, according to Woodson.

“Thank God for Think Dignity,” says Debra Eschaves, a 62-year-old who has been homeless for eight years. “I wouldn’t own a single thing without them.”

It’s 8 am and the clients are trickling in. They enter through the gate, check in with McCray, and sign a log-in sheet. Wearing a black beanie that says “Security,” and squinting into the morning sunlight, McCray says he’s experienced homelessness himself, “drugs and everything.”

Just then, Karissa Freeman, the intake specialist, approaches. She’s carrying a stack of flyers with “R.I.P.” printed across the top. One of their clients has died.

“Do not hang those up,” McCray says emphatically. “We honored her when she was alive.

We loved her. We counseled her. We did our thing. There’s nothing we can do for her now.”

McCray quietly explains to Freeman that the flyers could make the other clients feel guilty, and justify bad choices like drug use.

Freeman nods her head sadly. They agree to save a flyer for the woman’s friend, another client named Luke. The rest will go in the dumpster.

Up the street, there’s a Goodwill and a tire shop. Further down to the south, the sidewalks are crowded with tents and tarps, some taped together, barely an inch between them. Shopping carts and rolling suitcases are tucked behind the tents, jammed up in front of the metal grated walls, splashed with colorful graffiti.

Just beyond the tents, facing north, the glossy high-rise condo complexes tower high above, giving way to the buzz and flash of the trendy East Village neighborhood. The people in the tents can smell the hops from the brewery a few streets over, near the juice bar, a Starbucks, some art studios and City Dog Grooming. There’s even a posh steakhouse known for its Wagyu.

According to Woodson, the center was born in 2012 after the City of San Diego conducted a series of illegal homeless “sweeps,” whereby law enforcement officers and city employees destroyed all the homeless people’s belongings. Litigation ensued, and as part of the settlement, the city created the storage facility.

Since its inception, more than 100 people have been able to gain employment, obtain housing, and move off the streets, according to Woodson. Others find something else: hope.

“Danny is my spiritual guide,” says Eschaves. “When I need reassurance, I go to him and ask him for a prayer, and everything turns out okay.”

Woodson says many families have accessed the facility, even children and college students.

“One young man was going to UCSD, and storing his laptop and textbooks in his locker,” says McCray. “He graduated and drove here in a new car. It’s incredible.” He smiles and laughs.

Other clients include out-of-work professionals: teachers, attorneys, accountants and the like. McCray says that even an unnamed Hollywood actor, down his luck, once used the storage center.

“Homelessness is an issue that affects everyone,” says Woodson. “It’s easy to remember one bad encounter. But you don’t see all the diversity and variety that we see.”

Think Dignity, a 501 (c) (3), which runs in part on private donations, offers many opportunities to get involved on the organization’s website. The organization invites monetary donations, volunteer help with their Fresh Shower program, and opportunities for law students and legal professionals to volunteer with legal advocacy and referral clinics. They also have an in-kind “donation wish list” for toiletries and personal care products and invite everyone to follow the organization on Facebook, Twitter and Instagram.

Longtime Coronado resident Amanda Russell, the organizer of the town’s yearly “Christmas Giving” opportunity which raised more than $45,000 last winter to help give families in need a merry Christmas, was able to help make an impact. After being alerted that, just over the bridge, a grandmother raising her three grandchildren was in desperate need of help, Russell stepped in to assist. The family had suddenly lost their apartment when authorities discovered it was infested with mold, asbestos and lead. They had to move out on a moment’s notice, losing all of their furniture and had to live out of their car.

Thanks to Russell’s fundraising and help from 34 Coronado families that donated, the family was able to move into a new apartment, and the grandmother shared her excitement at having a stove-top burner to feed her grandchildren a hot meal for the first time in months.

According to McCray from Think Dignity, it’s important to have resources for the homeless. But what really matters is empathy.

“You have to have a heart for it,” says McCray. “If you’re going to help the homeless, you can’t generalize. You have to know each of them individually.”

Just then, a clean-shaven young man exits the facility wearing pants and a tucked-in shirt, looking like he has somewhere to go. McCray follows him with his eyes.

“I can understand, as a person, what it means to have your dignity restored,” says McCray. 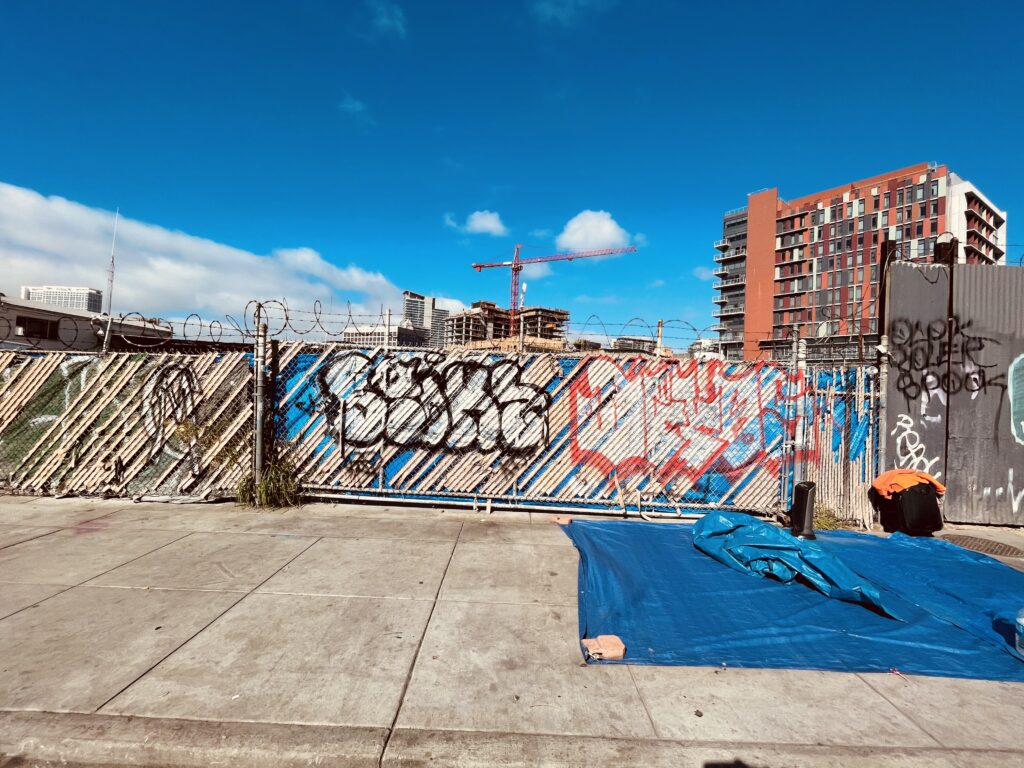 Perhaps the most underrated physically demanding sport in the world is rugby. The amount of pure grit, athleticism, and toughness to play at a...
Read more

Luke Serna, a 40-year-old resident of Coronado, has lived on the island since he was six months old. He graduated from Coronado High School...
Read more
Community News

The Coronado School Board met on Thursday, June 3 at 4pm at District Offices, located at 201 Sixth Street, for a scheduled board meeting....
Read more
Advertisement
Sponsored Partner Links