One of the Coronado Little League baseball teams is on a winning streak. The Sandlot Sluggers, ages 7 to 10, won their championship this past week after an undefeated season. They are moving on to the Tournament of Champions on June 4 and Coach Greg West says this season is one to remember, for many reasons.

“It was such an amazing season, but not just because we were undefeated and won the championship,” West said. “Our group of boys are such great kids and made coaching so enjoyable.”

“At first I wasn’t very excited about all the different COVID protocols, but I understood why we had them,” West said. “As the season went on they became second nature and I hardly noticed them.”

West says the season helped the kids, coaches and parents find a bit of normalcy during uncertain times. In 2020, the Coronado Little League was not able to play due to the pandemic.

“It was such a bummer last year being stuck inside not being able to watch the kids play and be out there with all of their friends,” West said.

One of Coach West’s highlights from the season was in the playoffs.

“One of the other coaches intentionally walked one of our players twice to pitch to the kid after him instead,” West said. “Both times the kid batting after him got hits to score runs and I was so happy for him to come through in that situation.”

Aside from practices and tournaments, the team also organized a few outings together, including a wiffle ball game with pizza after. At the end of the day, West says the time together is what mattered most.

“Winning is fun, but even more than that, they really enjoyed being around each other.”
The Sandlot Sluggers will now advance to the Tournament of Champions to play against the Clairemont Hilltoppers Little League at 5pm on Friday.

“This season was really a dream season for a coach,” West said. “I have coached baseball at different levels, and this team really was one of my favorites ever.” 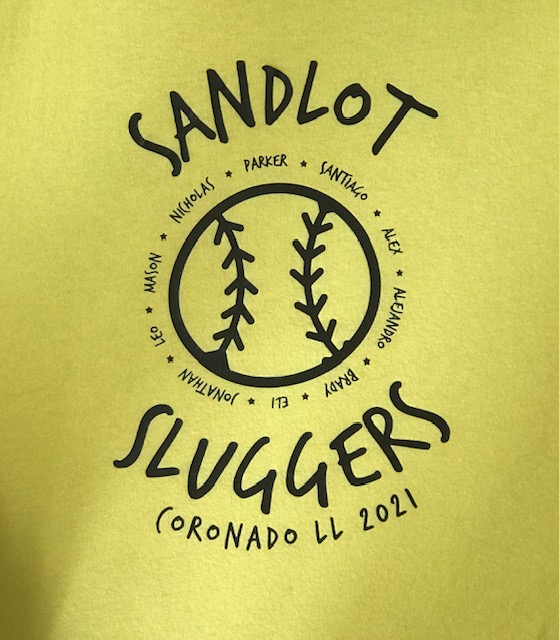 A San Diego CIF Championship was a massive feat for this historic Coronado boys' basketball team. But it appears that these trail-blazing Islanders aren’t...
Read more
Sports

Girls Golf Last week, the Islanders competed in the 2021 CIF Championship Tournament for the San Diego section. The top six players of the team...
Read more

If you’re looking for a way to celebrate Valentine’s Day, look no further than The Coronado Flower Lady’s stand. It has been a part...
Read more
Business

Tune In: Ad to Air During Super Bowl Connected to Coronado Local

Located steps away from the historic Hotel del Coronado, Earth, Wind & Sea has been a Coronado staple for over 20 years. This last...
Read more
Advertisement
Sponsored Partner Links