If you see a couple of figures, crouched down low on the sidewalk in the early morning hours, don’t call the police — they aren’t prowlers. And they aren’t gang members either, tagging the sidewalks and marking their turf. They are members of the Coronado Soroptimist Club, and they’re creating chalk art to brighten the days of locals around the island, celebrating birthdays, anniversaries, or “just because.”

“We’ve made people cry, we’ve made people laugh,” says Genevieve Rohan, who’s lived in Coronado for about 12 years, and been member of the Soroptimist Club for almost just as long. “It was funny, because we are grown adults and we are acting like kids, and I thought, maybe they won’t like it. But people love it. We’ve had people come outside and cry, and say it made their birthday so special.”

Rohan, who currently works as a senior executive recruiter, and her partner-in-art, Carol Lambert, a public health nurse and fellow Soroptimist Club member, say they’ve surprised at least ten people around the island with art and joyful messages, and plan to carry out many more operations.

But that doesn’t mean there haven’t been any mishaps.

“The first time we did it, the neighbors saw us and called [the person we were trying to surprise] and said that there were people outside trying to tag their house,” says Rohan. “So, she came out, thinking she was going to catch some young taggers, and it was just us there with my dog, drawing.”

Another time, Rohan was caught up in a tree, hanging streamers and a disco ball. More recently, a woman expressed concern to see Rohan and Lambert on their knees on the sidewalk.

“This lady came by and saw us on our hands and our knees, and she was worried that we had fallen,” laughs Lambert.

“It’s very important to know when the sprinklers will go off, and where they will spray,” says Lambert.

Lambert says she first thought of the idea after the George Floyd murder, when Black Lives Matter chalk art and messaging started appearing on Coronado sidewalks. Rohan says she’s always looking for new ways to celebrate almost any occasion imaginable. It wasn’t long before the pair set off on early-morning walks, chalk in hand, to wish friends and fellow club members well.

Often, curious neighborhood kids get in on the action when Rohan or Lambert give them a piece of chalk.

“That’s the serendipity,” says Lambert. “You have a plan, you have a general plan, and you go and you get started, then these things happen around you.”

The ladies say one of the most memorable experiences was decorating the sidewalk in front of the home of a Soroptimist member who was placed on hospice. The longtime club fundraiser was so delighted by the chalk art, that she got up, got dressed, and greeted her friends.

“We thought she would just look out of her window, but she actually got up, and walked herself outside,” says Rohan. “We had such a good time. Sadly, she passed on Christmas day, but it was a happy memory for us all.”

“It’s a way for me to explore the community in a way I’ve never done before,” says Lambert. “We walk to all the different places where we do chalk art, so it takes me through neighborhoods that I generally wouldn’t travel through. Now there’s a reason.”

Then, there’s the childish delight that comes, when, chalk in hand, the women bond with neighbors.

“It doesn’t matter what we’re drawing, what matters is that someone else joins in, passing the vibration and the wisdom of having a good time in a pandemic,” says Lambert.

Rohan loves the connection she feels when they bump into other locals, involved in different non-profits, who are out picking up trash, and doing other special things to help the community. Both women credit the Soroptimist Club for their special friendships, and acknowledge that the organization gives them a powerful and rewarding way to give back.

“We aren’t just ‘ladies who lunch,’” says Rohan. “We show up to meetings and talk about things that are important to us. We all have passion projects and things we get fired up about. And we let people do the things that they love.”

The Coronado Soroptimist Club currently has 36 members. Those interested in improving the lives of women and girls are encouraged to learn more about the club, and join here: http://coronadosoroptimist.org/ 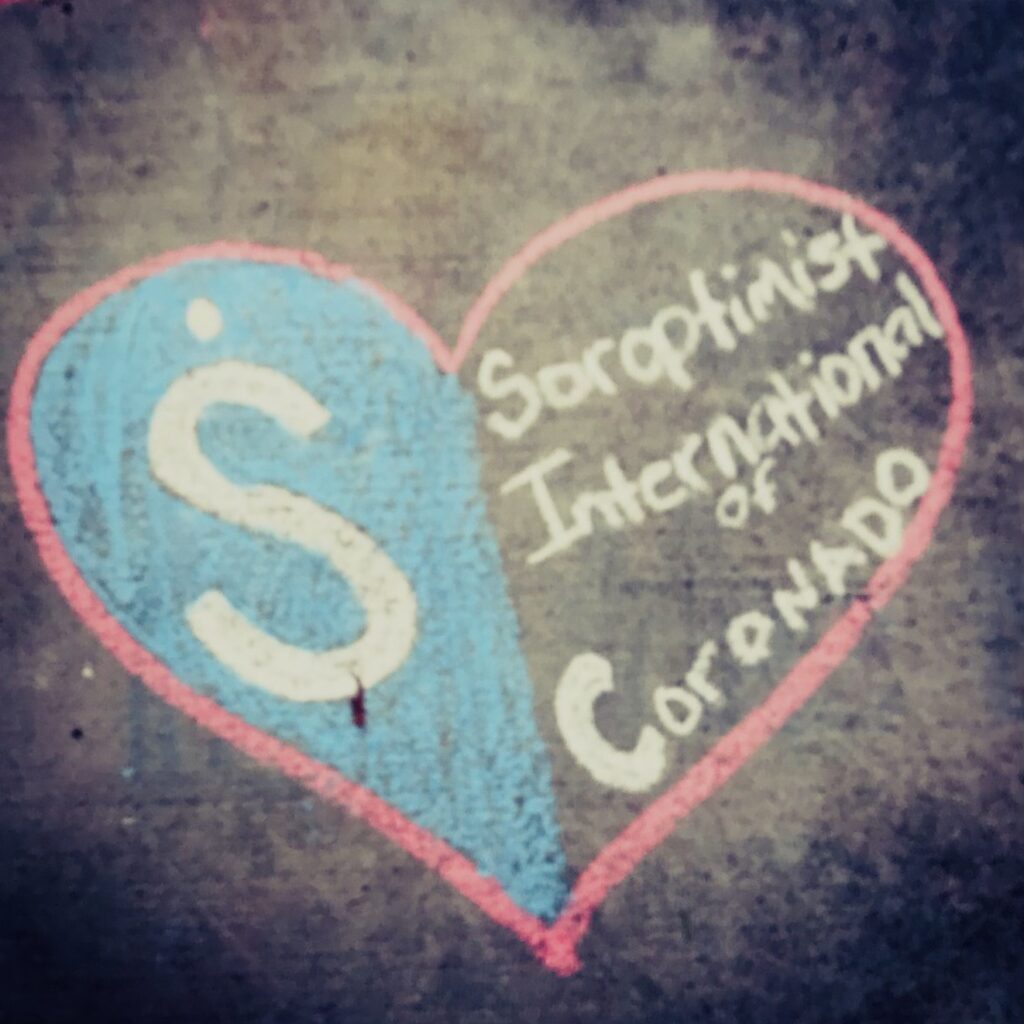 The Coronado Historical Association is dedicated to preserving our community’s special heritage and celebrating our past, present, and future.In that spirit, every year since...
Read more
People

Etienne Terlinden is both a warrior and a winemaker. With 30 years in the Navy, he trained Naval Special Warfare and deployed three times...
Read more

It's a Tuesday afternoon. It's quiet, a bit too quiet for Dollie Catlin, General Manager and Buyer for Blue Jeans and Bikinis, a high-end...
Read more
Education

The Governing Board of the Coronado Unified School District met via Zoom on Thursday, January 21, for their first official meeting of 2021. The...
Read more
Education

The Governing Board of Coronado Unified School District met on Zoom on Thursday, December 17, marking the last meeting of the year. New board...
Read more
Advertisement
Sponsored Partner Links