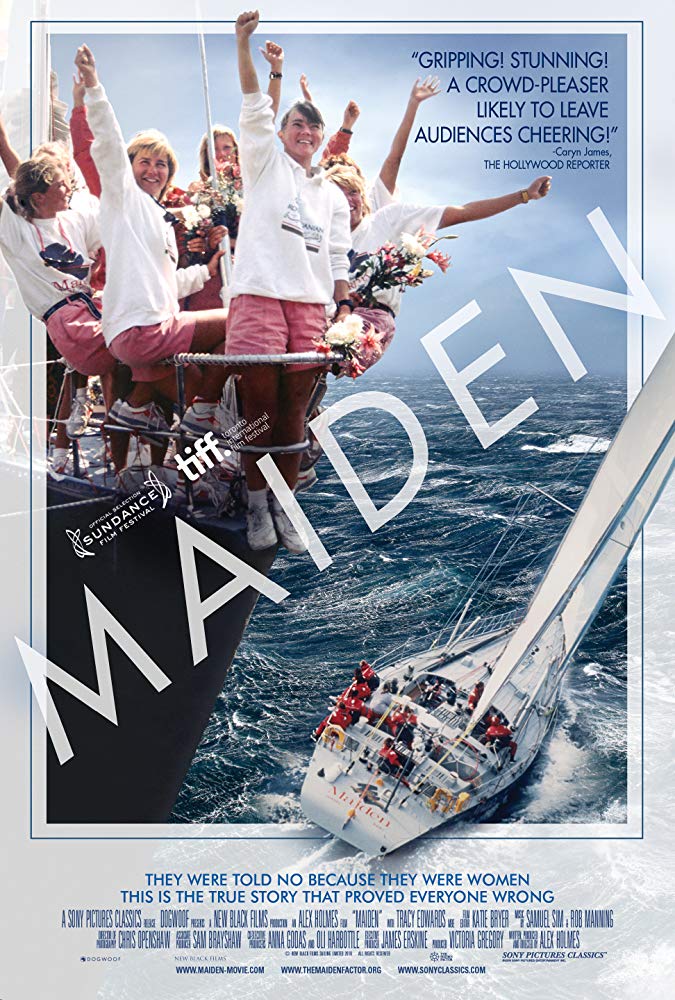 Maiden takes the audience through the sea of the first women-only crew racing in the famous Whitbread Round the World Race in 1989. A documentary with original audio and picture can sometimes lead much to be desired (see Apollo 11). However, the footage from the ’80s really makes the film. Certainly impressive is the amount of film the producers work with. While there are many present day interviews that help understand what the crew and media at the time were thinking, there is a plethora of footage from the race and the years leading up to it, thanks to Tracey Edwards.

Tracey makes waves in the sailing community before embracing her role as the skipper in the 1989 race. When she learns of the race, she fights and pleads to be part of the race any way she can which lands her a kitchen job. It is not the unglamorous kitchen job that pushes her, but the way she is treated. Sailing was very much a man’s world, and they took opportunities to remind her so. At the time, she is the only woman on a British ship which led to one of her first interview opportunities. While unremarkable then, these small interviews began to build up to the legacy she created.

The crew spends three years scrambling to secure the million pounds that are required to join the race, while being pelted with sexist interview questions and unflattering cartoons. Some examples (caught on camera!) focus on questions about waterproof mascara while the men crews receive sensible sporting questions. Tracey shares, “the further we got into the race, the nastier they got.” Movie goer Greg believes, “the movie was inspiring, but I can’t believe this was only thirty years ago!” The scenes on the boat are very real, and little things like facial expressions and interactions bring the women to life. Even without sailing knowledge, this is a powerful movie to see.

Fun Fact: In 2014 Tracy Edwards learned that her boat, Maiden, was rotting on the rocks in the Seychelles, a small group of islands in the Indian Ocean off East Africa, where it had been abandoned by its owner two years before. She crowdfunded the money to repurchase the wreck in 2016, and took another year to restore it at Southampton, where she and her crew had rebuilt it the first time in 1989. As of 2019, it is on a three-year world tour to raise money and awareness for girls’ access to education in poorer nations. Her project is called “The Maiden Factor.”