“Blinded By The Light” – Inspiring and Uplifting 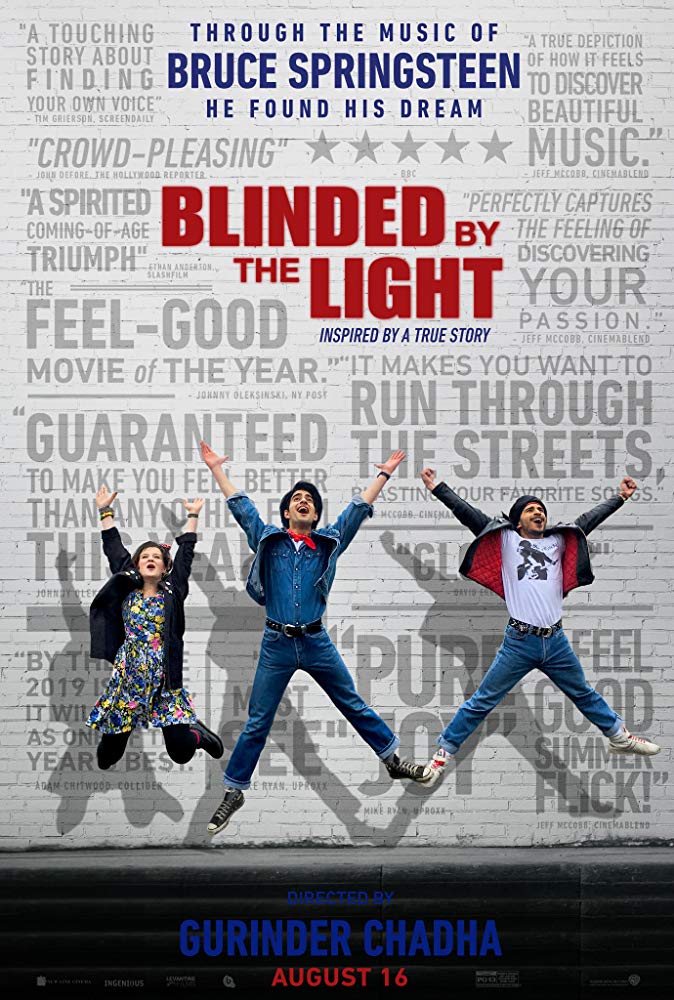 Blinded by the Light is a journey through self-discovery. Javed, played by Viveik Kalra, is Pakistani, Muslim, and English, balancing those different aspects of his life as well as friendship, romance, and family expectations. When Javed discovers Bruce Springsteen, he has a newfound confidence. He no longer feels like a victim and begins to feel empowered and in control of his own life.

This movie has it all, and does it all well. It expertly and tactfully addresses the blatant racism of the time period without watering down the issues nor altering the tone of the film. Toggling between family culture and his true self, Javed knows what he wants, but struggles to get there. The film shows the growing pains of adolescence and the music of Bruce Springsteen is woven in the story. At times the music enhanced the message and the teen angst, but at others it felt repetitive. While Yesterday, released earlier this Summer, is also a film based on famous music (The Beatles), Blinded by the Light used the music to tell a story versus having the music be the story.

The film is a reminder to follow your inspiration, and I certainly left inspired. The humor is organic and the film as a whole is uplifting. Greg shares his thoughts, “I love the whole story. I enjoy the tension between trying to fit in to a different culture. I like that it was based off a real story and I found the movie so funny. However, it was obvious that they only got the rights to a few Bruce Springsteen songs.”

Rating: Rated PG-13 for thematic material and language including some ethnic slurs.