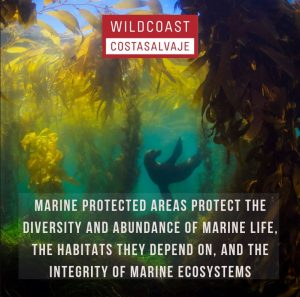 The Baja Bash took place last weekend to raise funds for Wildcoast’s continued efforts to conserve the most threatened coastal habitats and wildlife in the Californias, Southern Mexico and Cuba.

Fay Crevoshay, Communications & Policy Director, shared that the event began initially because, “we really needed a way to showcase what had been happening with the environment in Baja and to continue building community support for our organization. We wanted people to know things were really changing for the good due to many of programs we had put into motion for wildlife and ecosystem conservation. We also needed a more personal way to communicate what still desperately needed to be accomplished. We thought, what better way to do that than to throw an amazing party. We invited people in the local community who really care about environmental issues and take an interest in preserving not only marine ecosystems throughout the state of California but also all the way down the coast of Baja California.”

Those ideas led to the Baja Bash fundraiser that was introduced in 2012 at the Port Pavilion at the Broadway Pier on the San Diego harbor. The fundraiser has come a long way since then. “It started out very small, and over the years has continued to grow exponentially. Now, it is Wildcoast’s primary gala and largest fundraising event of the year. This year there were over 350 attendees and dozens of sponsors from all over Southern California and Baja.”

Early on, organizers realized how much potential the fundraiser had. Fay explains, “Year three we decided that we needed the assistance of an event planner. We began working with Derry Cowley, who is still our event planner to this day. She was the one behind choosing the Coronado Cays Yacht Club as our venue, which is an absolutely ideal location for an event such as this for many reasons, especially for its location near the ocean.”

CCYC proved to be the right location once again. Saturday’s event brought in a comfortable crowd of supporters. The location both showcased the beautiful water while reminding donors of the focus of the event. Attendees were relaxed, some taking the opportunity to dress up while others enjoyed the relaxed vibes. All seemed inspired by the well thought out event. Every detail was considered while illuminating an under water theme. Each room flowed well into the next, allowing guests to take it in while not causing a traffic jam.

An array of bites were offered. The majority of the dishes were seafood, but Dija Mara went above and beyond to create a special vegan dish as well. A tried and true option was the nacho bar. While not the most glamorous, it was certainly one of the more popular.

Along with the decor and the bites, Wildcoast donors generously provided items to bid on. With something for everyone (kids, sports lovers, would-be photographers, adventurers, and more), every item drew in multiple bids.

While the Baja Bash was a great time, the focus remained on the cause. Fay shares, “For me and for many of us here at Wildcoast, the event is a testament that accurately reflects what we have accomplished with the amazing help of so many members of our community. Without them and their support, it wouldn’t be possible to have evolved into this amazing bi-national organization creating significant positive change in the world.” Through the combined efforts of all donors, Wildcoast is proud to say that they raised over $87,000 at this year’s Baja Bash.

Find the full list of chefs, brews, and sponsors here.

On June 1, Mayor Richard Bailey shared: Reflecting upon the events of this past week, I am struck by the depth of injustice that took...
Read more
Community News

Our team at The Coronado Times is so very thankful for our readers, supporters, partners and advertisers. We couldn't make this publication happen without...
Read more
People

City Manager Blair King had lots of positive community updates to share in his opening report. Dog lovers will be ecstatic to learn that...
Read more