A Whole New World, the Oscar-winning theme song made famous in the 1992 Disney animated version of Aladdin not only features in the newest live-action Aladdin movie – but is also an apt overall theme for the re-imagined fairy tale that is as contemporarily relevant as it is entertaining. Thanks to the creative vision of Guy Ritchie (Lock, Stock, and Two Smoking Barrels, Snatch), who co-wrote and directed the film, Aladdin (2019) delivers a stunning edge-of-your-seat experience that is rich with girl power and spectacular with visuals that would rival even the most elaborate live stage production. A fitting artistic remake from someone who was once married to Madonna. 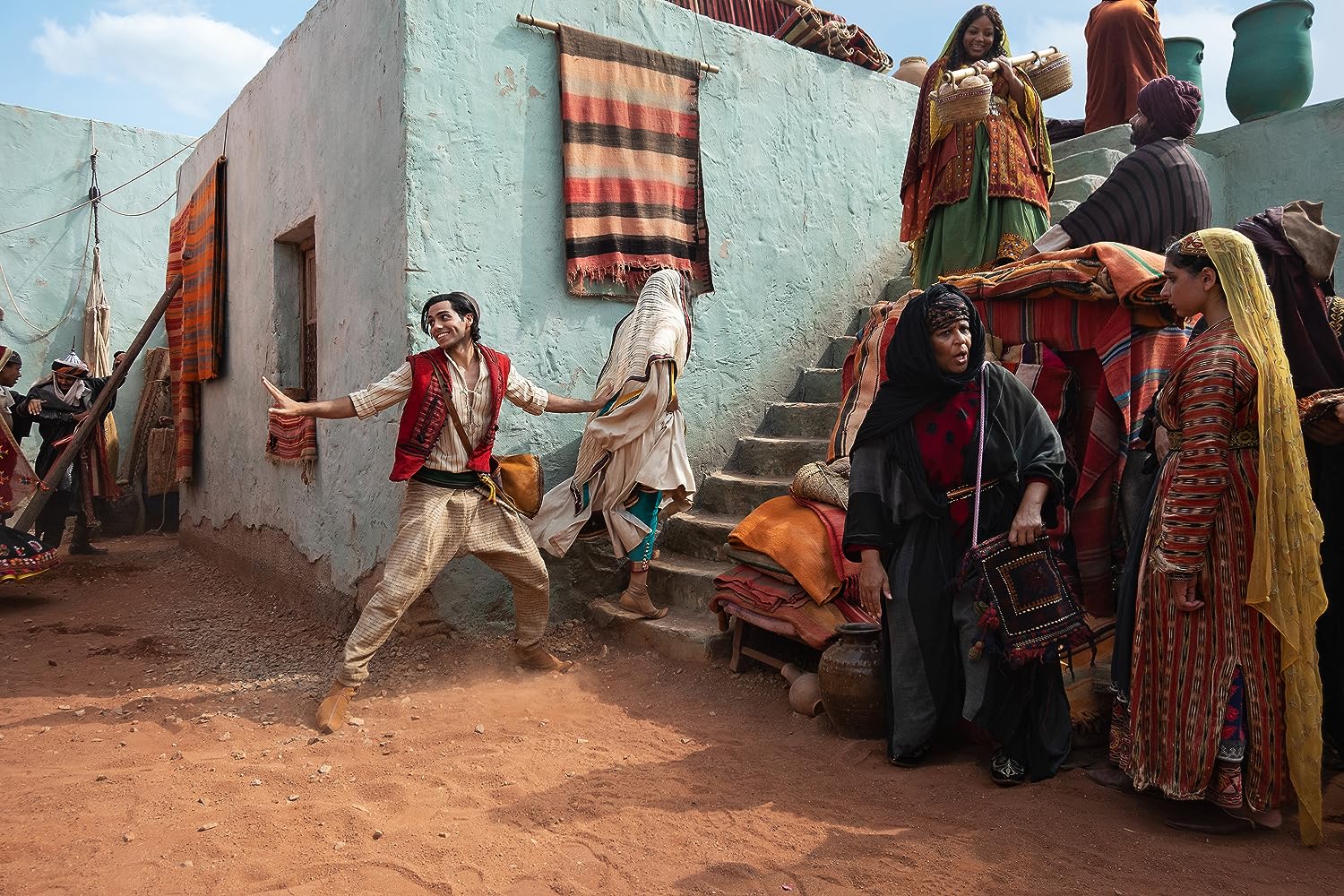 The storyline follows the traditional tale set in the Middle East, that is: commoner ‘street rat’ Aladdin (Mena Massoud) comes into possession of a magic lamp and with it – three wishes courtesy of his own personal genie (Will Smith). Aladdin covets fame and fortune, believing them to be the key to winning the favor of leading-lady Princess Jasmine (Naomi Scott). Ultimately, the dilemma Aladdin faces is whether the riches and royalty are worth the weight of deceit. Supporting characters include Jasmine’s father, the Sultan of Agrabah (Navid Negahban) and his untrustworthy trusted-advisor Jafar (Marwan Kenzari), Abu, Aladdin’s lovable sidekick monkey, and the magic carpet. The latter two characters have no lines to speak of, but like so much of the film – the charm and heart are in the subtleties.

Make no mistake, Aladdin is anything but subtle. The music and dancing and frivolity in many of the scenes could be likened to the Main Street Electric Light Parade at Disneyland (in a good way). One of the most powerful scenes of the film was Jasmine performing the song “Speechless” whilst facing the prospect of being enslaved in marriage by the evil Jafar.  Lyrics like “I won’t be silenced/you can’t keep me quiet/I cannot be broken” belted with a passion akin to Lady Gaga or Beyoncé invited rapt attention from the audience and likely more than a few goosebumps. And yes, Princess Jasmine, aka actress Naomi Scott really sang it. You go, girl.

No review of Aladdin would be complete without mention of the actor who didn’t appear in this year’s film. The late Robin Williams, whose voice and unscripted humor brought the Genie to life in 1992 was a tough act to follow, or rather a tough lamp to refill, but Will Smith and his equally big personality managed to bring the magic nonetheless. Re-featured songs “Friend Like Me” and “Prince Ali” were familiar – but with a touch of “Fresh Prince of Bel Air” thrown in for good measure. 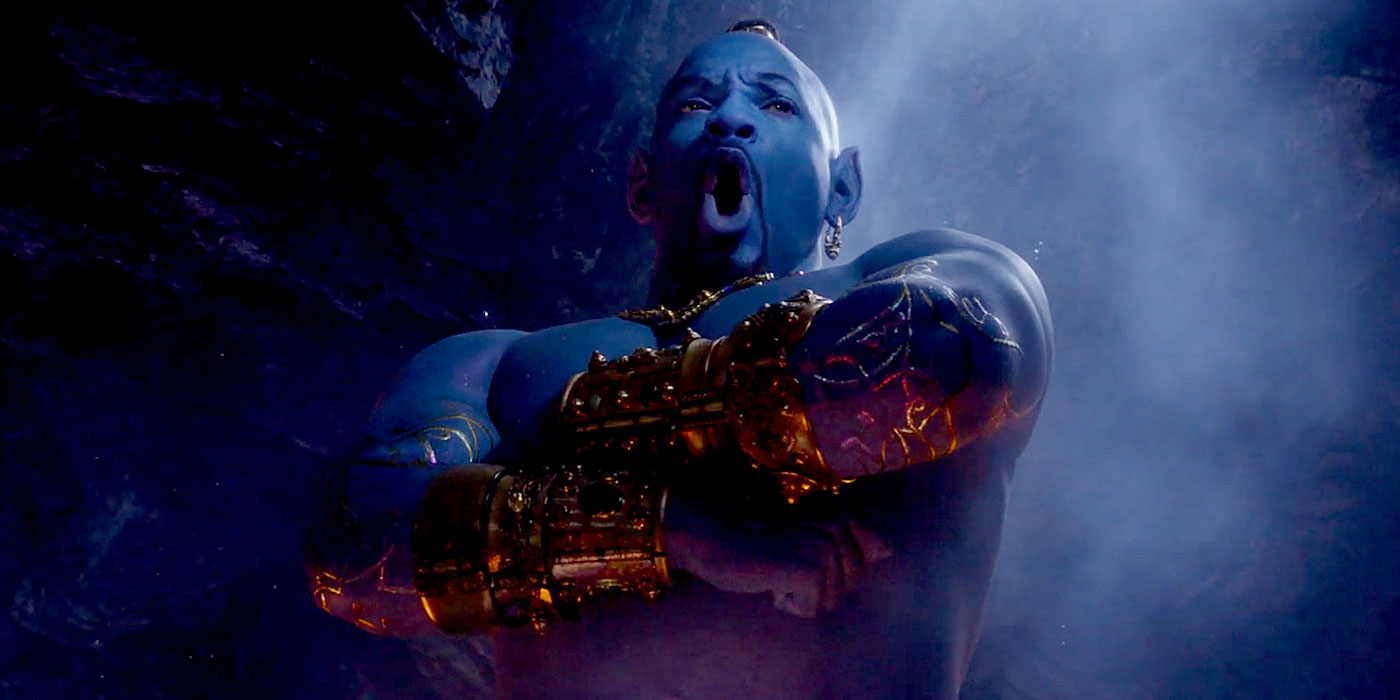 One of the most remarkable features of the film was its length. Remarkable because despite the film exceeding the two-hour mark with a total running time of 128 minutes, it did not feel long at all. The toughest critic, my six-year-old co-reviewer, remained mesmerized throughout and followed the closing credits with enthusiastic chatter about the parts she most liked (Jasmine singing). This one will definitely be added to the home DVD library for free babysitting family entertainment.

Aladdin is a cinematic treasure fashioned from Guy Richie’s very own Cave of Wonders. The stellar performances and production skillfully breathe new life into a story that is centuries old. True to the words of its theme song – this film will: take you wonder by wonder, over sideways and under, on a magic carpet ride…

Rating: PG for some action/peril