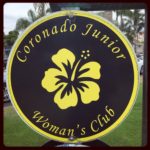 Students submitted their most creative Halloween drawings to the Coronado Junior Woman’s Club (CJWC) in advance. This year 62 entries were turned in, and the fine women of the CJWC then decided which entries would be painted on which windows throughout the downtown business district.  The artists received letters in the mail to congratulate them that their drawings had been selected, which made the fun event even more special for the kids.

This year 34 merchants participated, and those with multiple storefront windows had different artists decorating each window.  Some budding Picassos opted to paint solo while others painted with a partner or a group of friends. No matter what the size of each group, each window truly was transformed into a Halloween masterpiece. 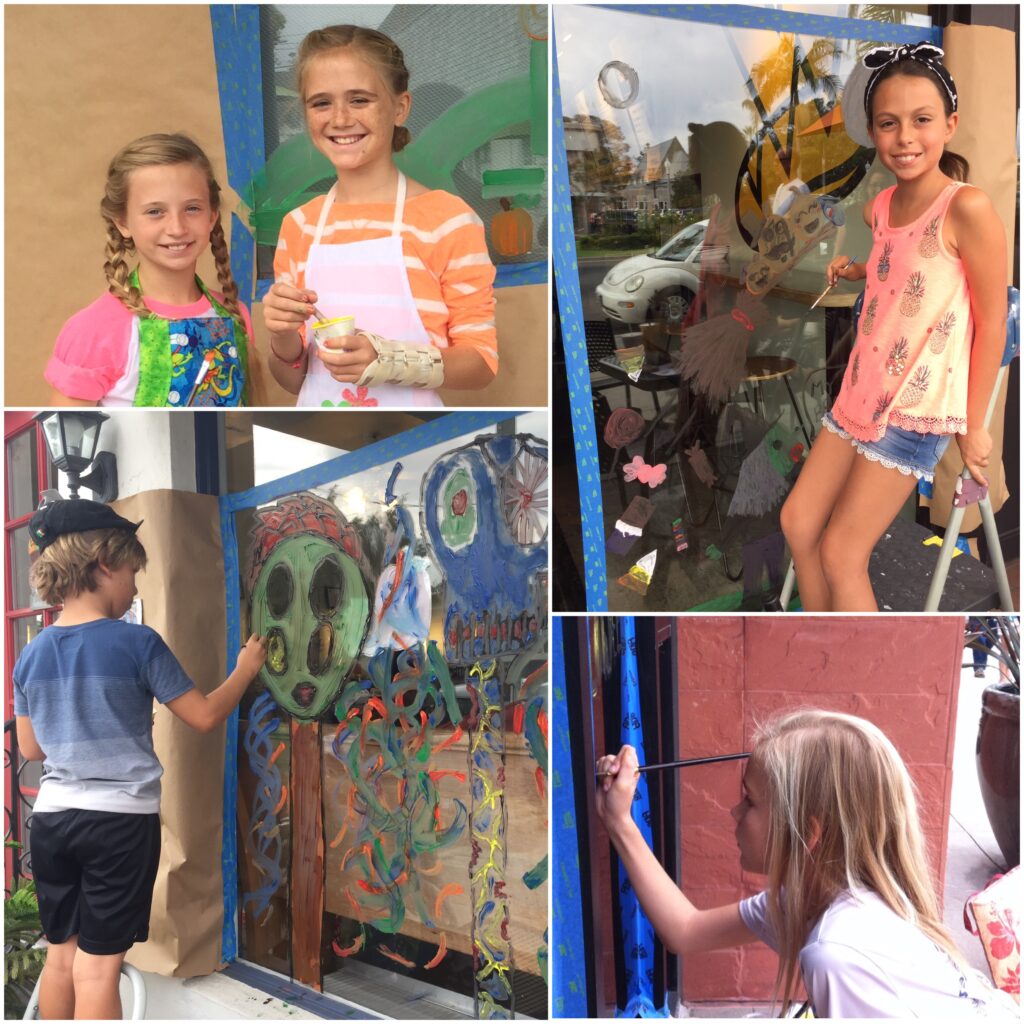 Parents and their young artists reported to Chase Bank at the times indicated on the letters they received, and were greeted by some members of the CJWC, who gave out window assignments as well as distributed paint.  Looking at their original drawings, kids were allowed to decide by themselves which colors they needed.  In the meanwhile other members of the CJWC were busy putting painters tape up on windows as well as covering the ground and surrounding walls with brown paper so the budding artists wouldn’t make messes as they displayed their creativity.  It was definitely a team effort on the part of the CJWC, and their efforts were genuinely appreciated by one and all.  As if painting wasn’t already entertaining enough, the CJWC also gave each group Halloween treats to nosh on while making the town ready for the spookiest night of the year! 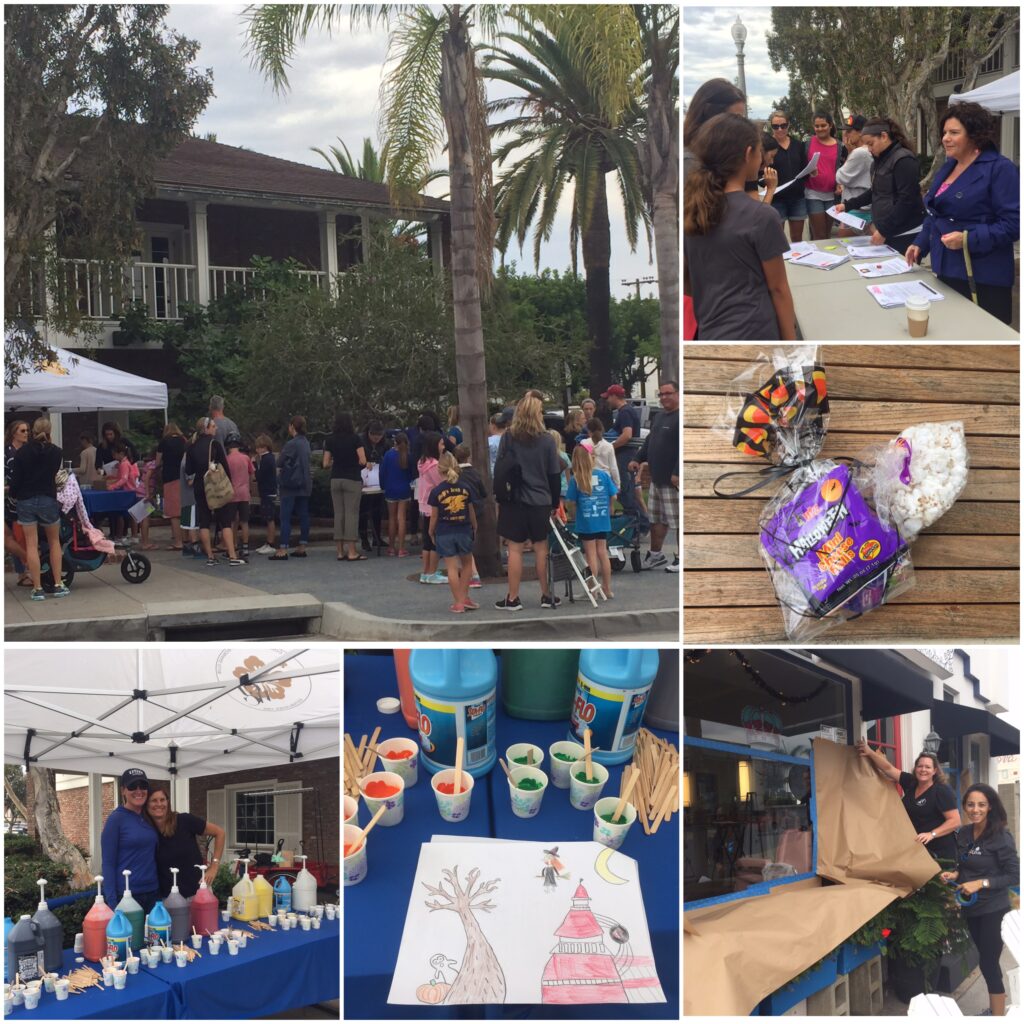 As artists set up camp at their assigned windows, the fun really began!  First the kids hung up their original drawings so they could replicate them on the glass by using washable markers to create sketches.  It was adorable to see how many children had to stand on step stools in order to reach their window canvases, but once they got started, nothing, including being a little vertically challenged, could stop their creative spirits!  Once their sketches were complete, the messy thrill of painting began, and it was precious watching the children try their best not to paint themselves or accidentally paint their friends, who stood alongside them.

Once each masterpiece was complete, it was the responsibility of the artists to remove the brown paper and painters tape, and dispose of them in the trash bags they were required to bring with them.  Many of the artists delighted in enjoying some treats sold by the businesses whose storefronts they painted.  The fourth grade girls who painted one of the windows at Nado Gelato Cafe were thrilled to admire their finished painting as they devoured their favorite flavors of the delicious gelato.  Even though their original drawing didn’t have the Coronado Bridge in it, once they started painting, they made the decision to add it, and as they enjoyed their gelato, they reflected that they were happy they made the decision to incorporate that iconic pop of blue into their artwork. 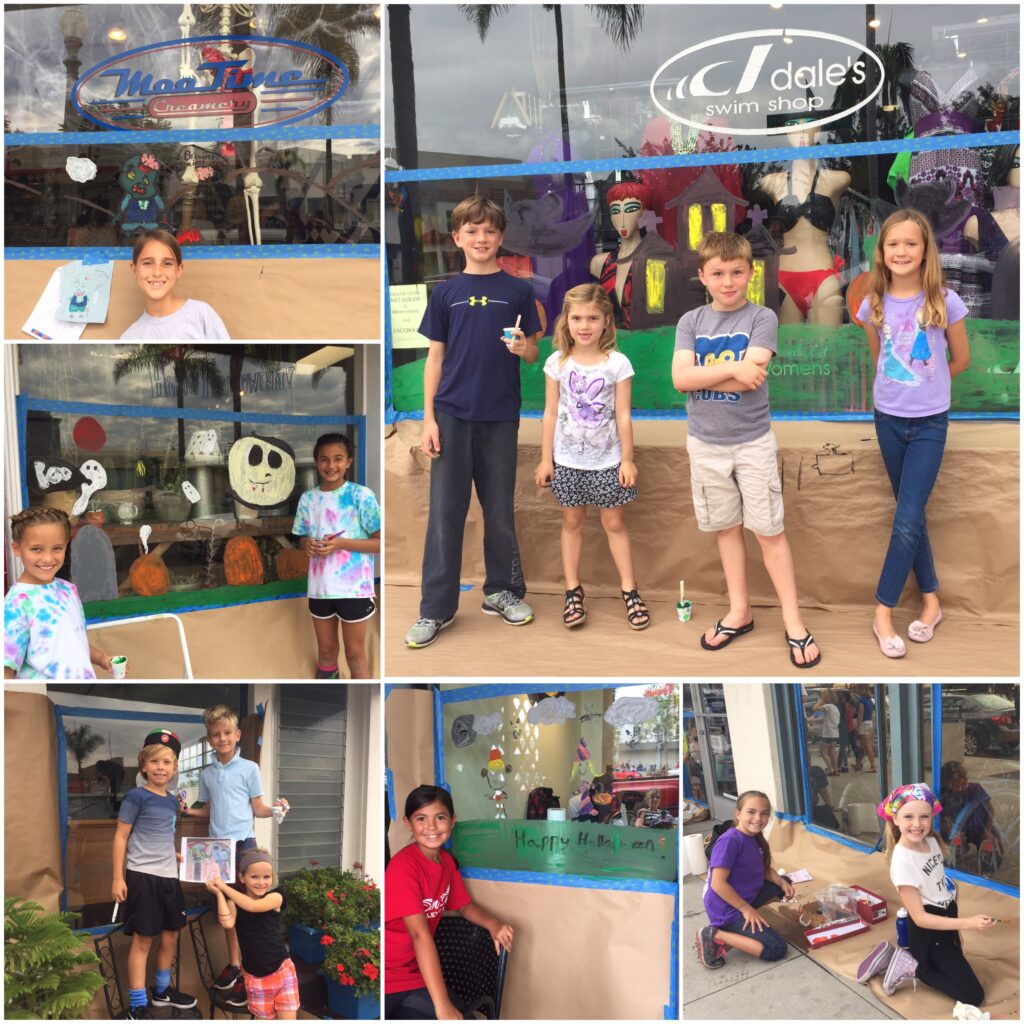 This was definitely one of those events that really brought people together.  As kids painted, they waved to their friends who were painting across the street.  Groups of parents sat on the benches along Orange Avenue, enjoying the opportunity to catch up with one another as they monitored the artists at work.  It was sweet to watch how patient older siblings were with their younger siblings who wanted to help paint too.  Several tourists stopped as they admired the beauty of downtown, intrigued to learn more about our community that encourages such creativity and free spirited attitudes. 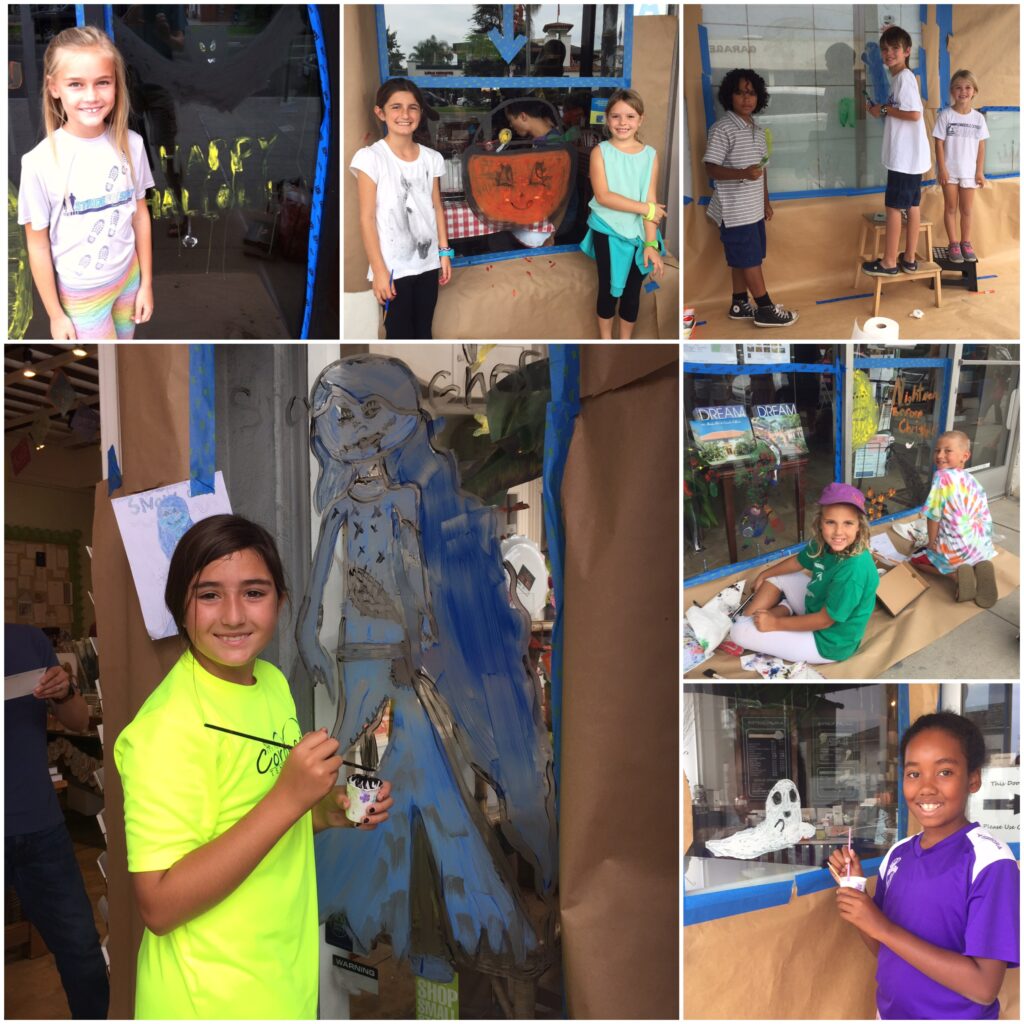 What did some local business owners and store managers think of the children’s artwork?   Don Grueser of Fuzziwig’s Candy Factory was elated as he shared, “It’s great to have the kids and the families come here and be able to do that!”  Alex Florez of Nado Gelato echoed Grueser’s sentiments, proudly saying, “We always enjoy participating.  We’ve been here for quite a while, and we’ve done it every year!” 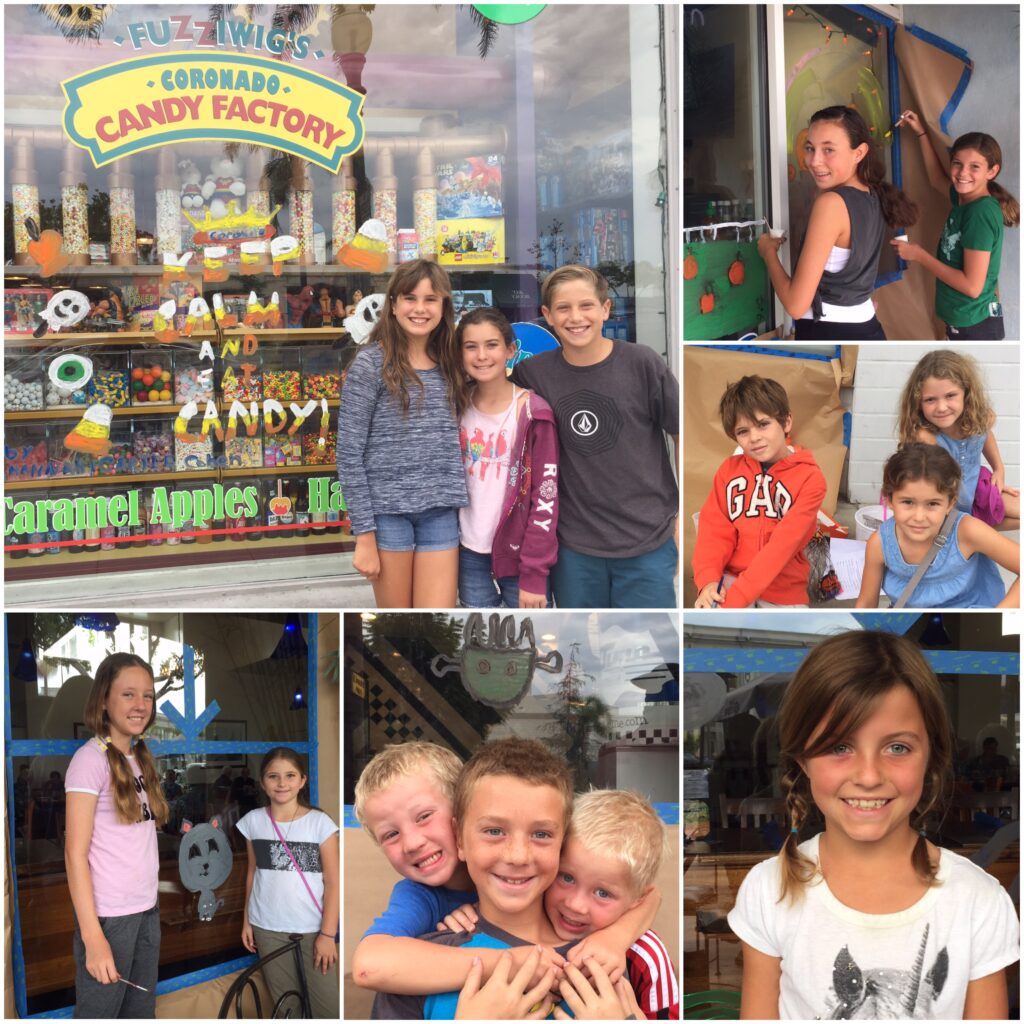 Members of the CJWC were equally vocal about how much they love this yearly event their organization is gracious enough to sponsor.  “I enjoy seeing all of the kids’ paintings at the end, and then seeing all of the community, elderly and young, admiring them through the week.  It’s fun!  I grew up doing this myself,” said CJWC member Jessica Cunningham. When asked what’s her favorite part of organizing this event, CJWC member Gloria Rodriguez answered, “The kids!  I love watching the kids enjoy painting each year!” 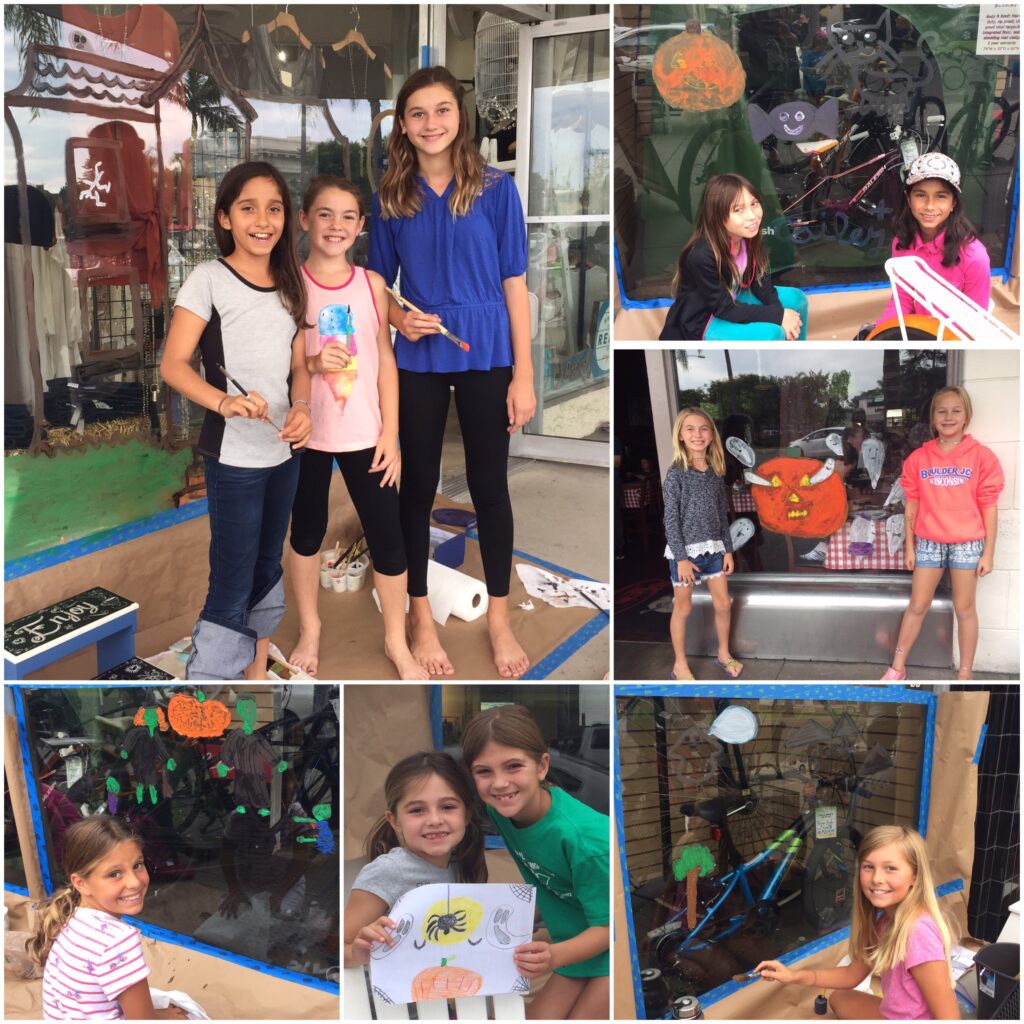 With Halloween right around the corner, make sure you take the time to venture downtown to admire the “boo-tiful” works of art the youngest members of our community have painted for our enjoyment!  Their ghosts, pumpkins, spiders, witches, bats and cats are sure to be a treat for everyone!  Thank you to the Coronado Junior Woman’s Club for providing this incredible experience for our children, and a big shout out to all of the merchants who graciously hosted our talented artists!  (*See photographs of finished works of art below.) 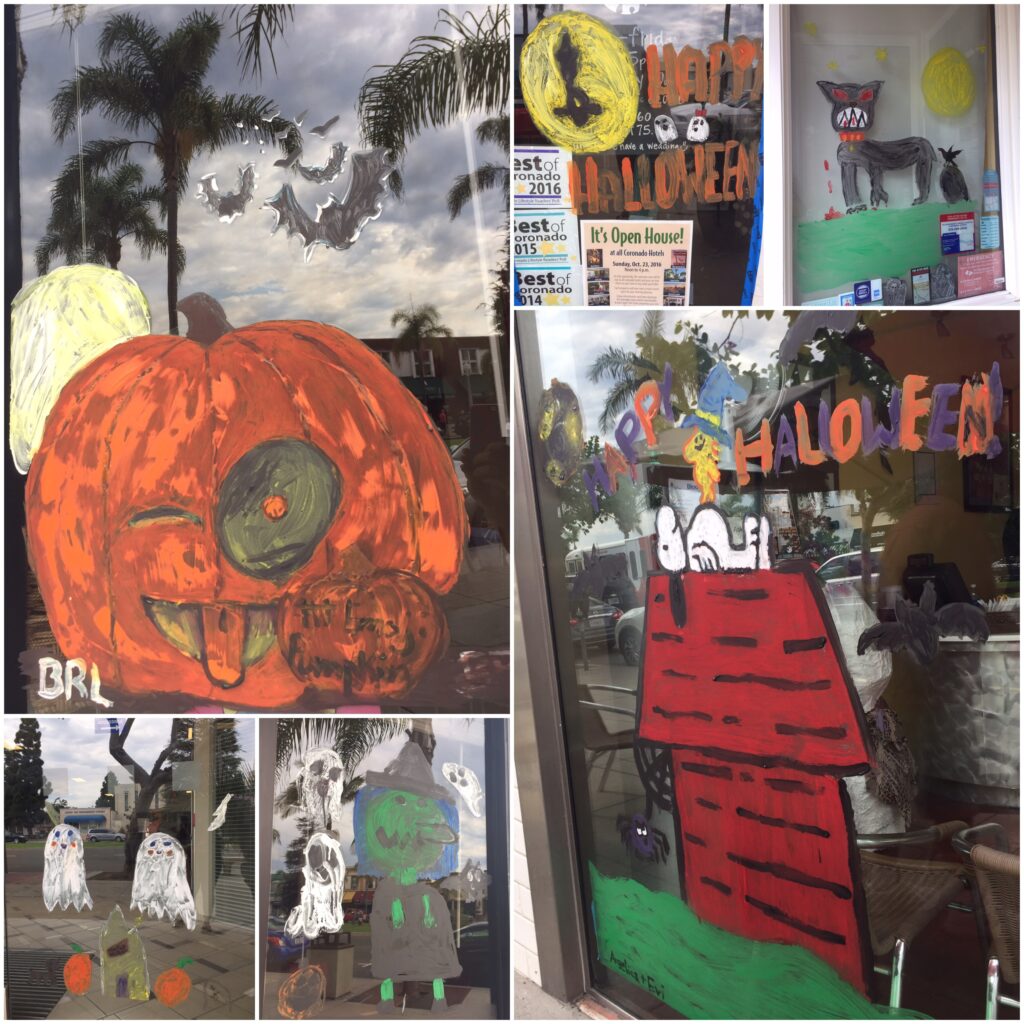 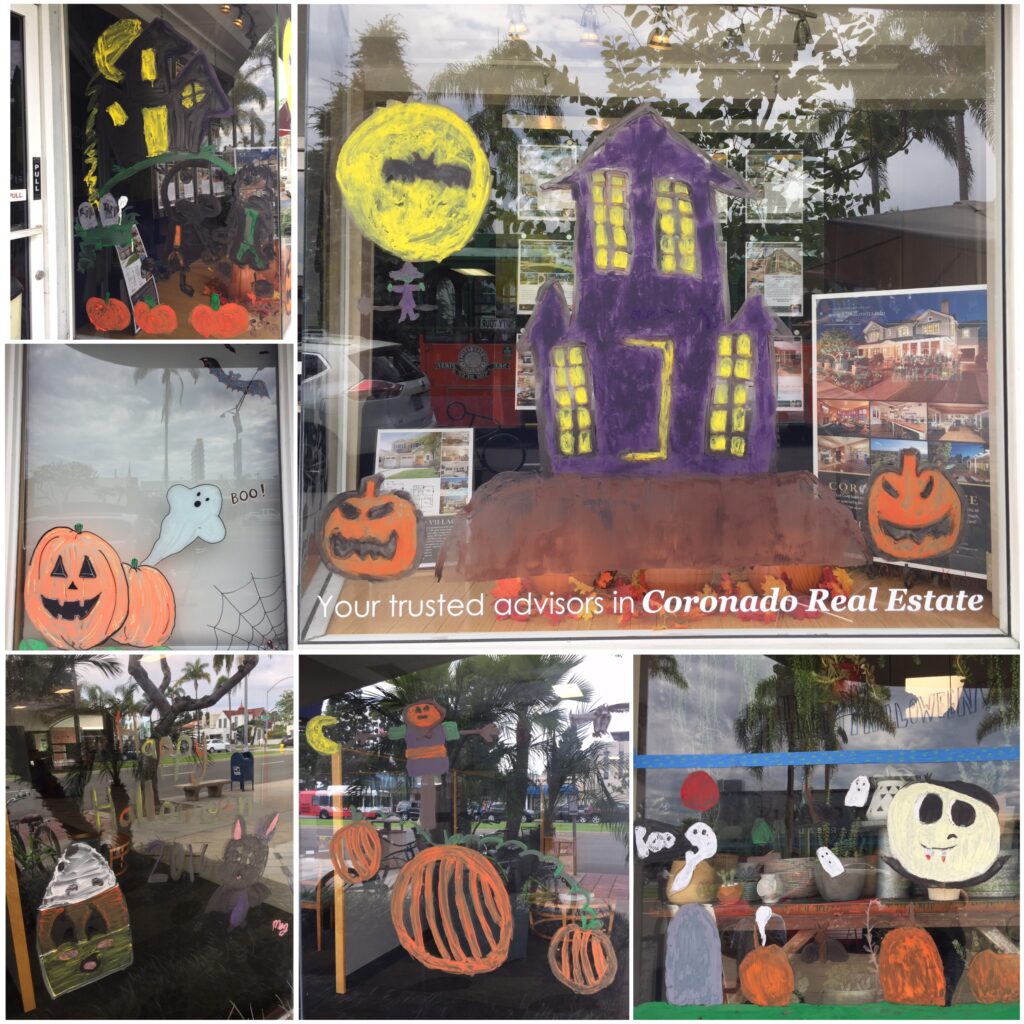 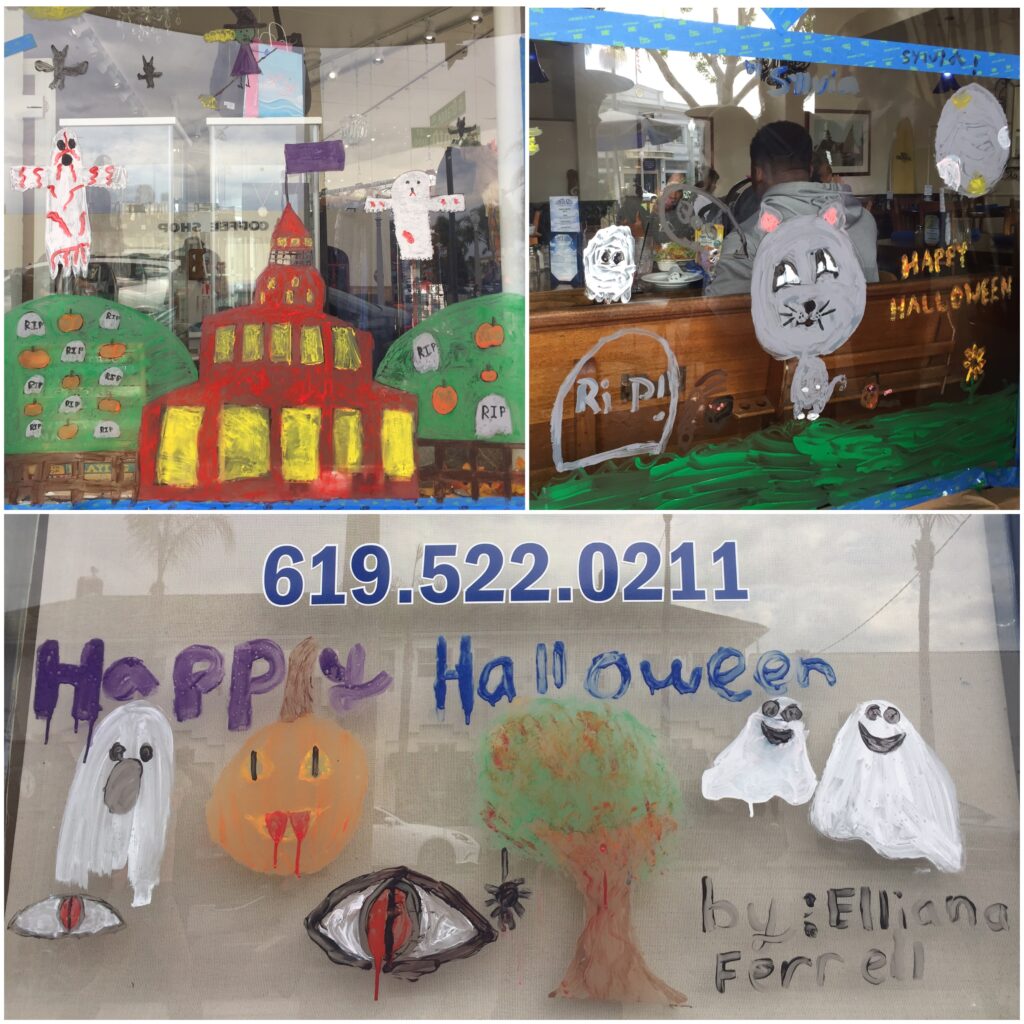 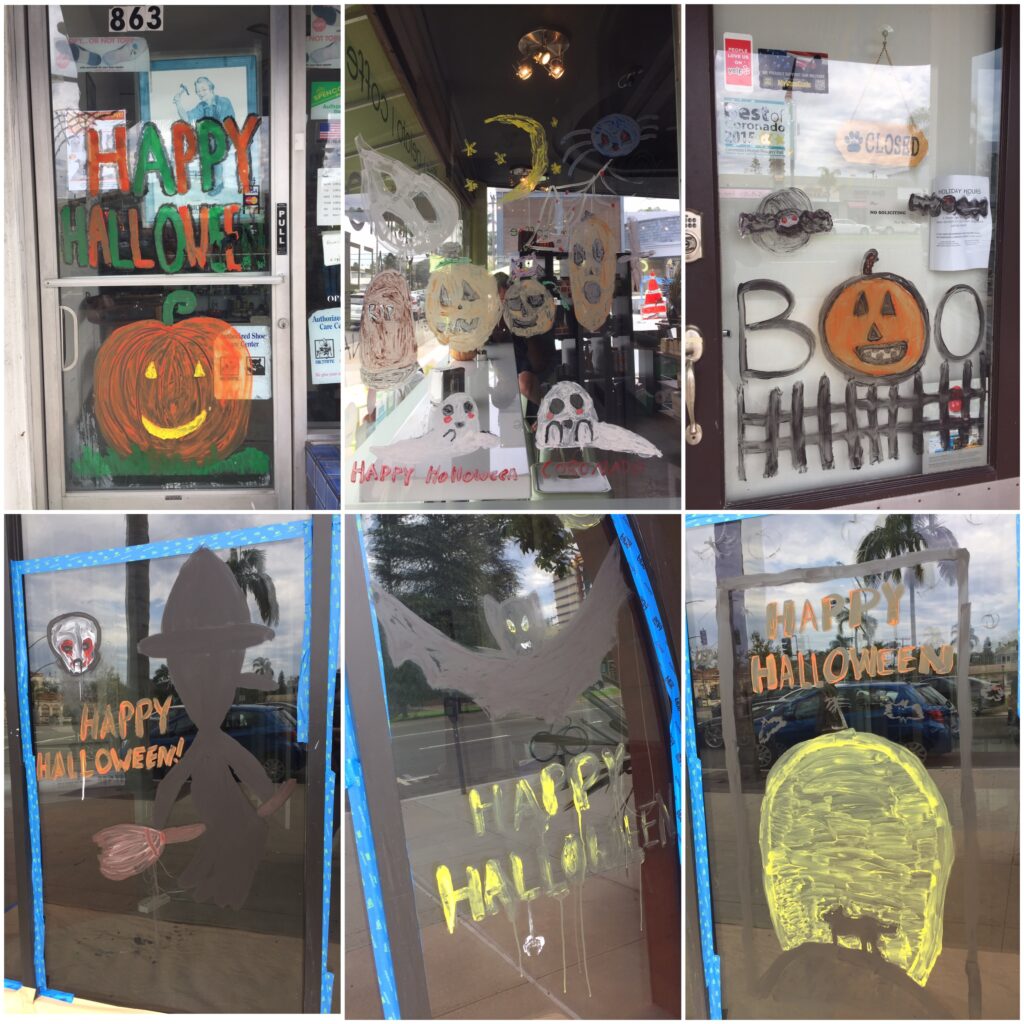 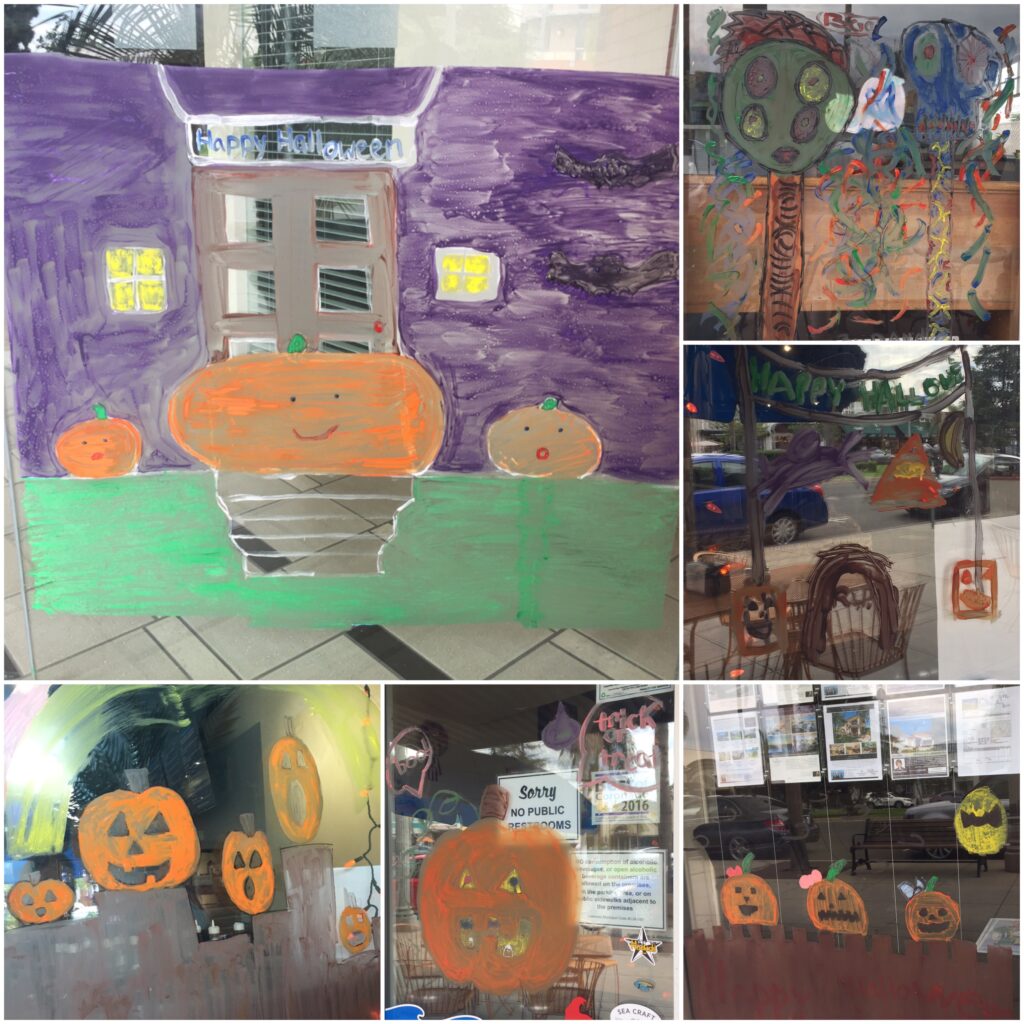 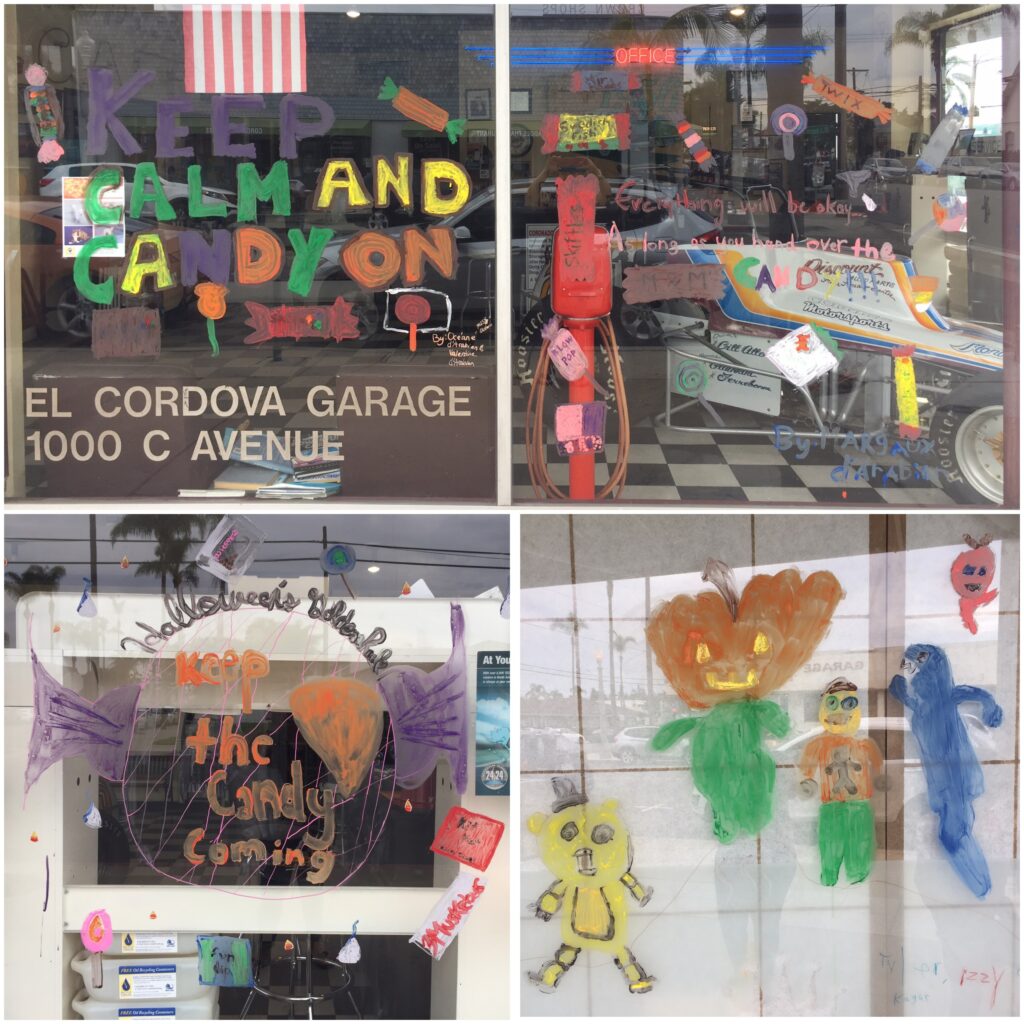 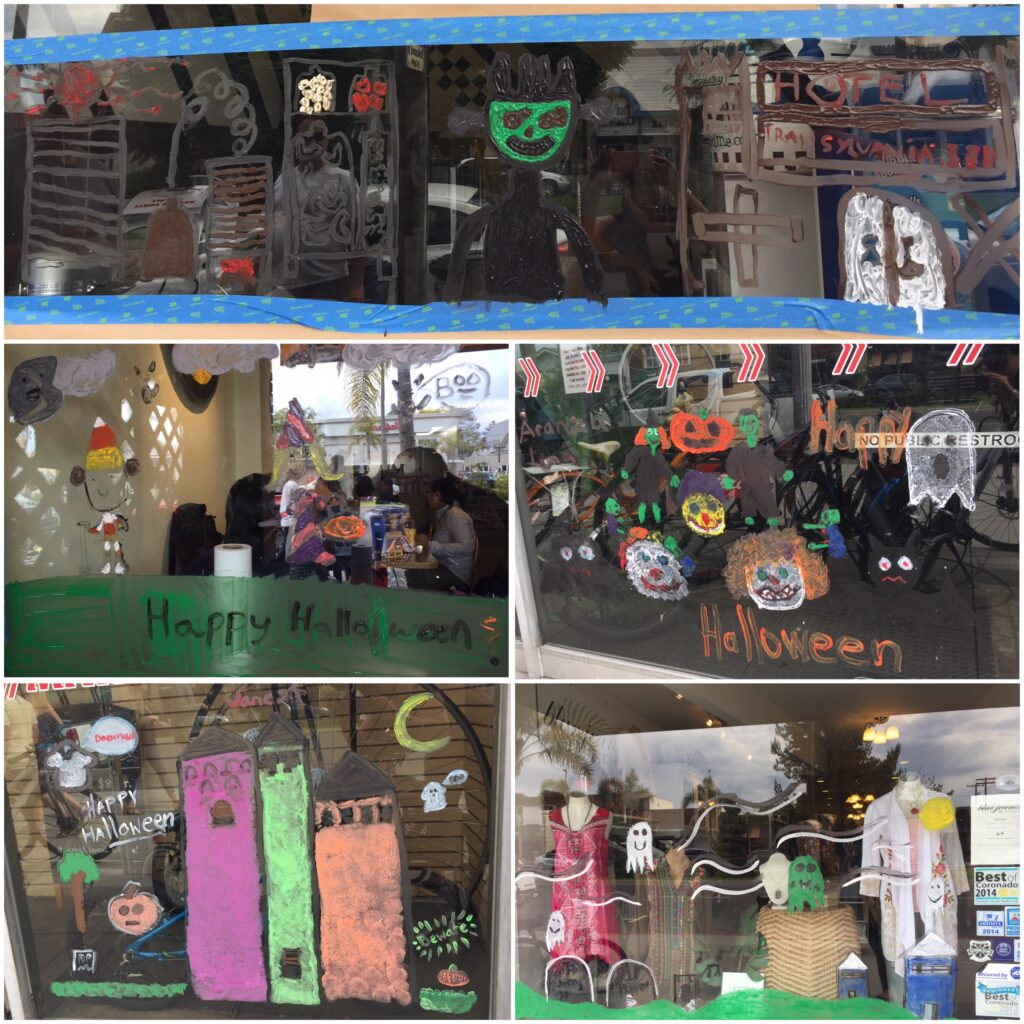 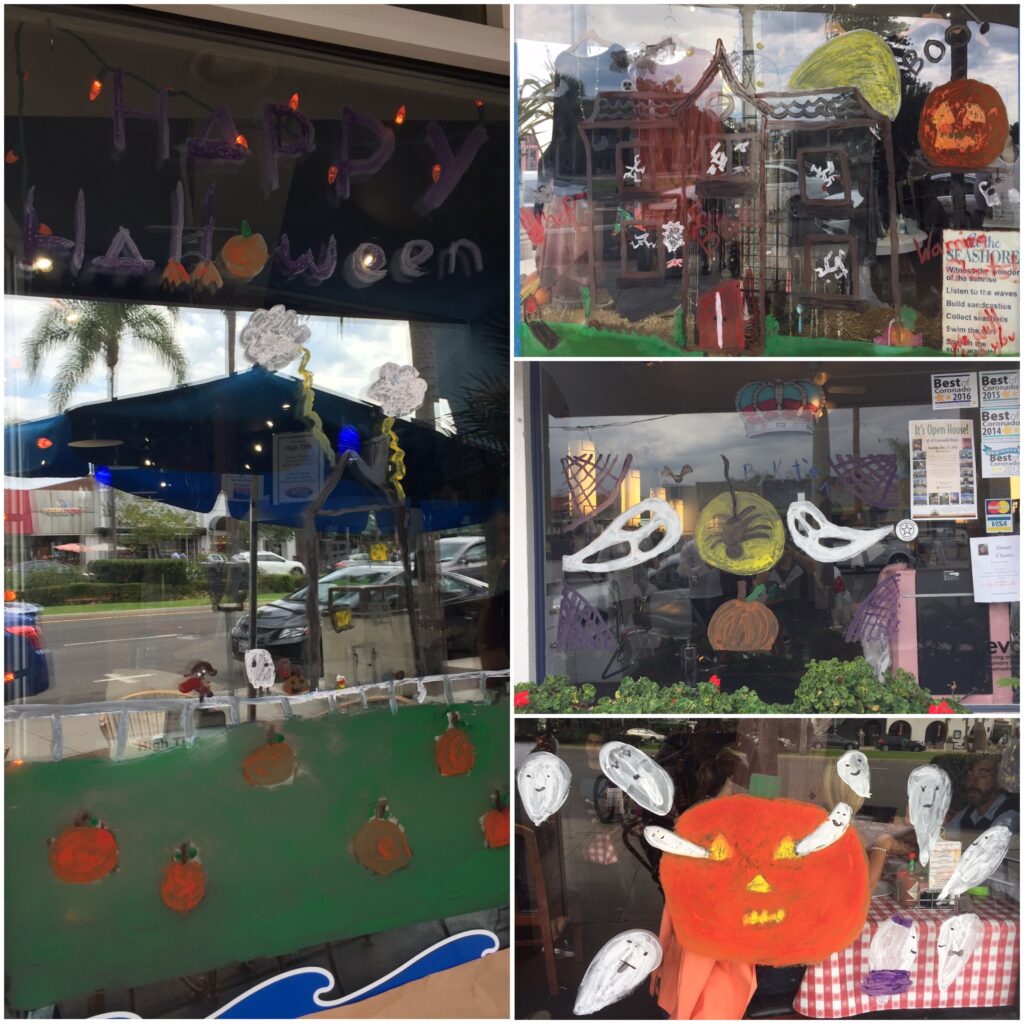 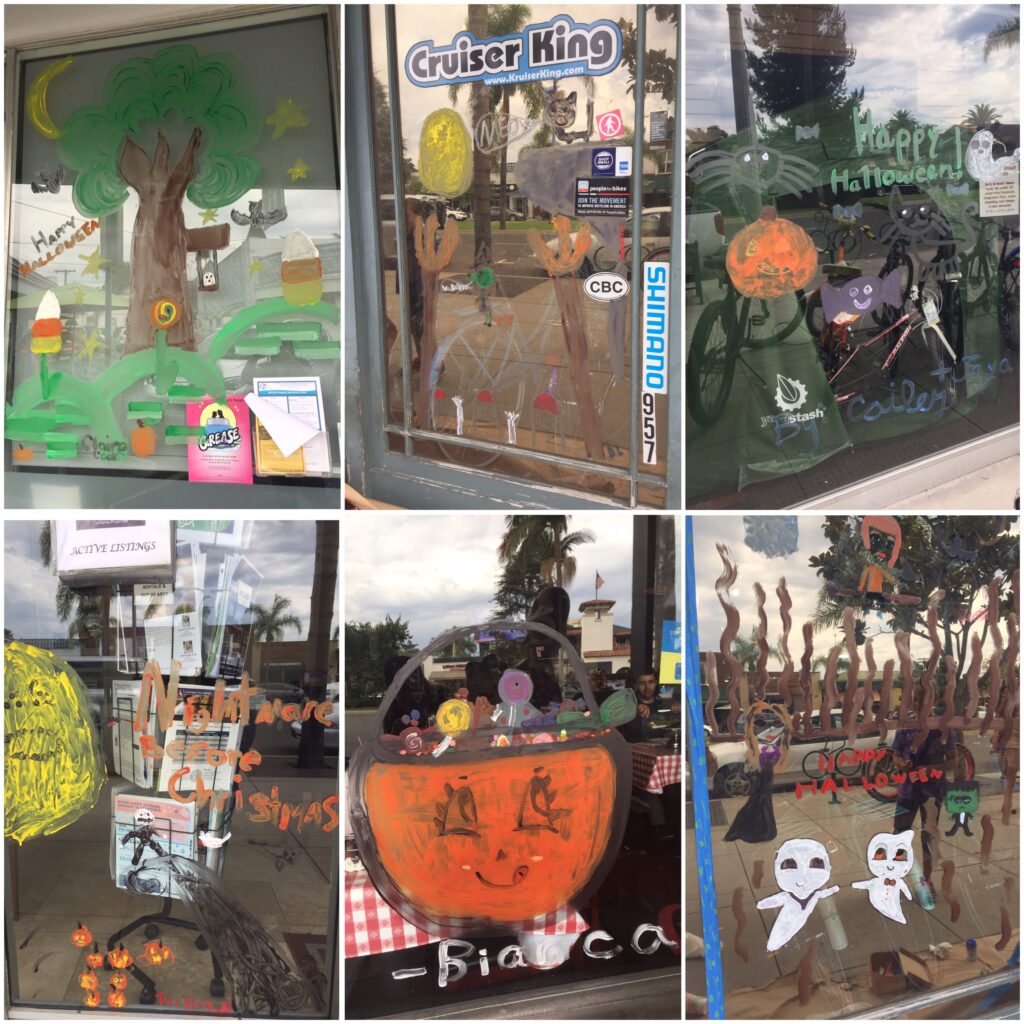 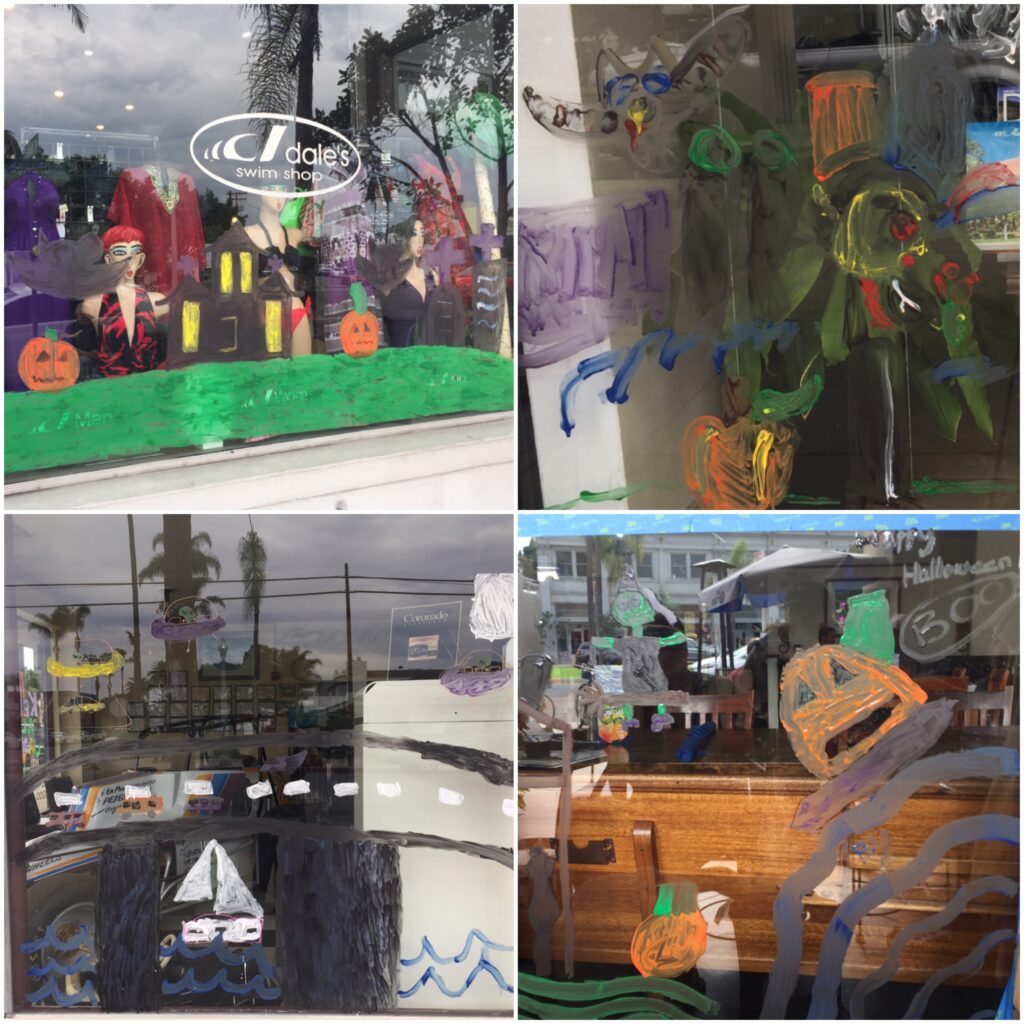 I am Conflicted About How and When to Reopen Public Schools

Submitted by Casey TanakaI am conflicted about how and when to reopen public schools. I cannot help but notice that stores like Vons and...
Read more