“Finding Dory”: A Sweet Adventure for the Whole Family 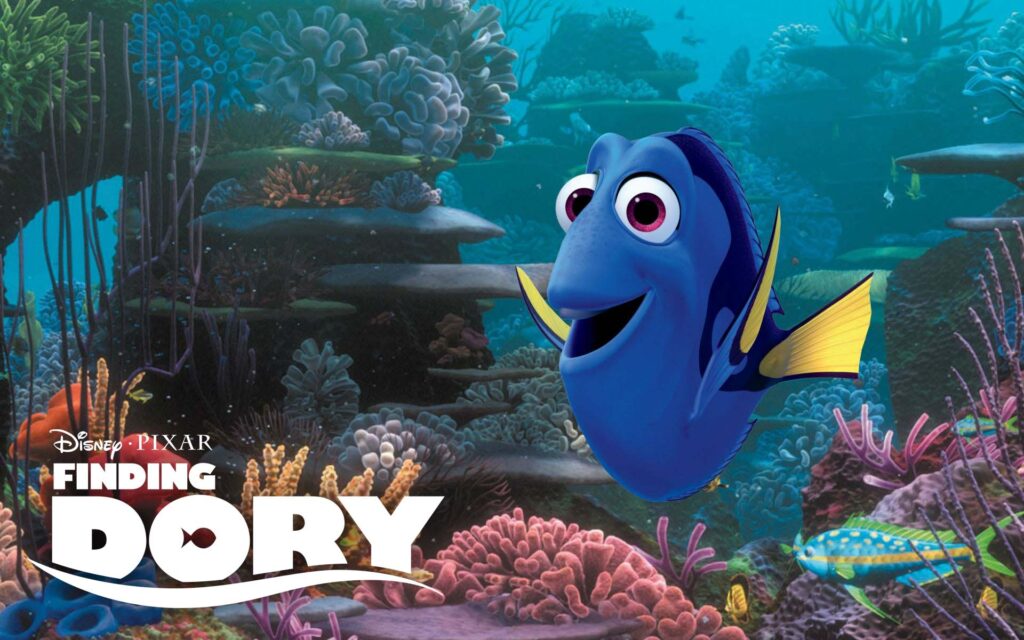 At last, it’s here: the long-anticipated summer flick from Disney and Pixar. My husband and I took our two little kids (ages five and three) to see the movie this weekend, and we joined a theater packed with excited children, teens, and adults.

So far the hype that I’d heard had all been positive, but I was a little anxious about bringing such small children to see a movie I hadn’t seen. I needn’t have worried. Finding Dory is wonderful in the same way that Finding Nemo was wonderful back in 2003. “It wasn’t as scary as Finding Nemo, though,” said my five-year-old. “Not as scary as the sharks!” My husband agreed with her and added, “The exciting parts were adventurous, but not frightening.”

And there was plenty of adventure! The story starts off with Dory as a baby fish being coached by her doting parents to say, “I suffer from short-term memory loss.” Dory is unfortunately separated from her parents, and she begins to wander the ocean asking for help but never making friends. Then one fine day she meets Marlin, Nemo’s dad, who is distraught and looking for the missing Nemo. Dory offers to help, and thus the famous story of Finding Nemo begins.

Now, at the start of Finding Dory, Dory has a flashback to her childhood and remembers that she was once separated from her parents. She becomes determined to find them again, and she implores Marlin and Nemo to help her. Dory briefly recalls that she used to live at the Marine Life Institute (aka the Monterey Bay Aquarium) in California, and so the infamous trio begins their adventure across the ocean.

Once they arrive in the waters outside the aquarium, however, Dory is captured by researchers and is separated from Marlin and Nemo. Inside the Quarantine building of the aquarium, Dory meets a crotchety octopus named Hank. He agrees to help her find her parents. Along the way we learn how Dory learned to “speak whale,” who has the strongest pair of glasses in the world, and how Dory originally became lost.

Meanwhile, out in the open ocean, Marlin and Nemo meet two very chill sea lions who help the pair get into the aquarium to find Dory. Along the way, everyone’s weaknesses are challenged, and the characters learn to overcome their shortcomings (Dory’s memory, Marlin’s anxiety, Nemo’s smaller fin) and find strength in what makes them unique. In this way, Finding Dory is just as heart-warming as Finding Nemo, and it might even be sweeter and gentler than its predecessor.

All in all, Finding Dory will be loved by the whole family, old and young, and it’s one that you can take even young children to enjoy without any concerns for content. I would wager that this story from Disney and Pixar is sure to become a perennial favorite.

P.S. Don’t miss the amazing short — “Piper” — before the film begins, and be sure to stay until the very end to see more of the story after the credits!

Lights sparkled on the bay from Bluewater Boathouse when my husband and I walked up at sunset Tuesday night. There is no more picturesque...
Read more
Movie Reviews

Our little Village Theatre in Coronado doesn't get many foreign films, perhaps because few have caused such a sensation in recent years as The...
Read more
Advertisement
Advertise Here (Get Rates)