"I just thought, only Coronado would have this many people come out and honor somebody. It’s just amazing," said Gail Conrad. 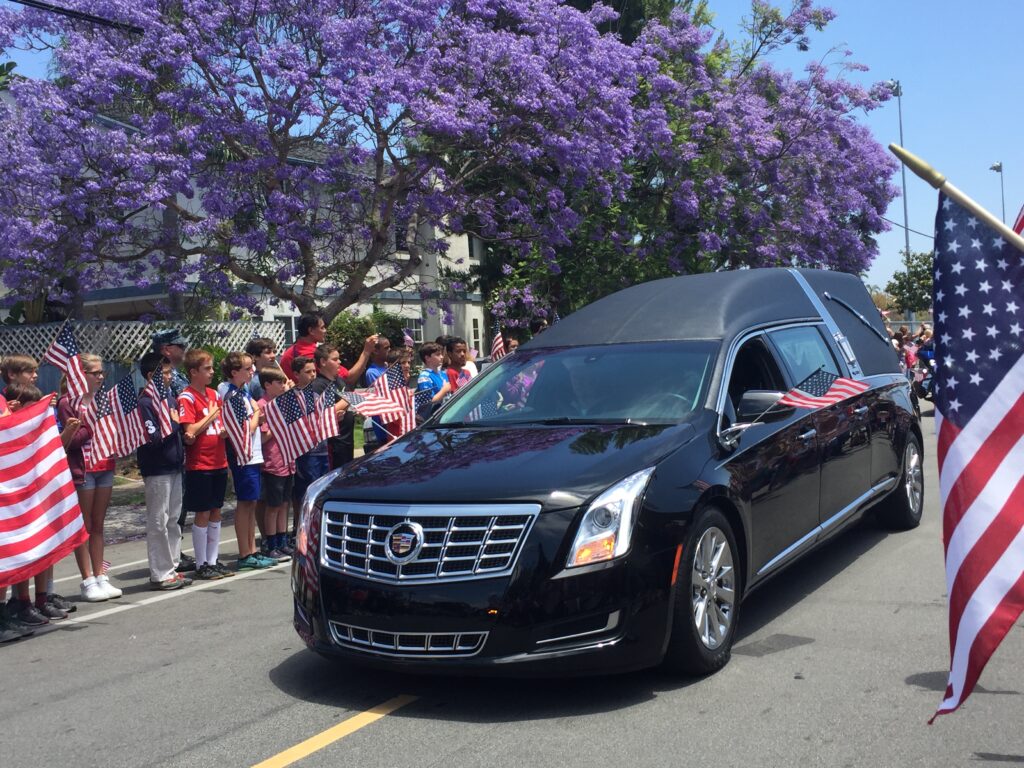 Red for valor, white symbolizing purity and innocence, and blue signifying vigilance, perseverance & justice. Some say it’s the least they can do to pay respect to one of their own – a neighbor, a friend, a hero… who will never be forgotten.

Doug Weisbarth, Flag Committee Chairman for Rotary Club of Coronado passed out flags to members on the community. He says he feels fortunate to play a role in Keating’s procession. “Coronado is the Navy SEAL capitol of the world. And, whenever you have a fallen SEAL, we always have some connection. He’s either from Coronado, or lived in Coronado, so, the community really gets out and shows their appreciation and respect. And, so, one of the things we do with the flags, since we have them, is we usually become part of the ceremony, in one way or another.” 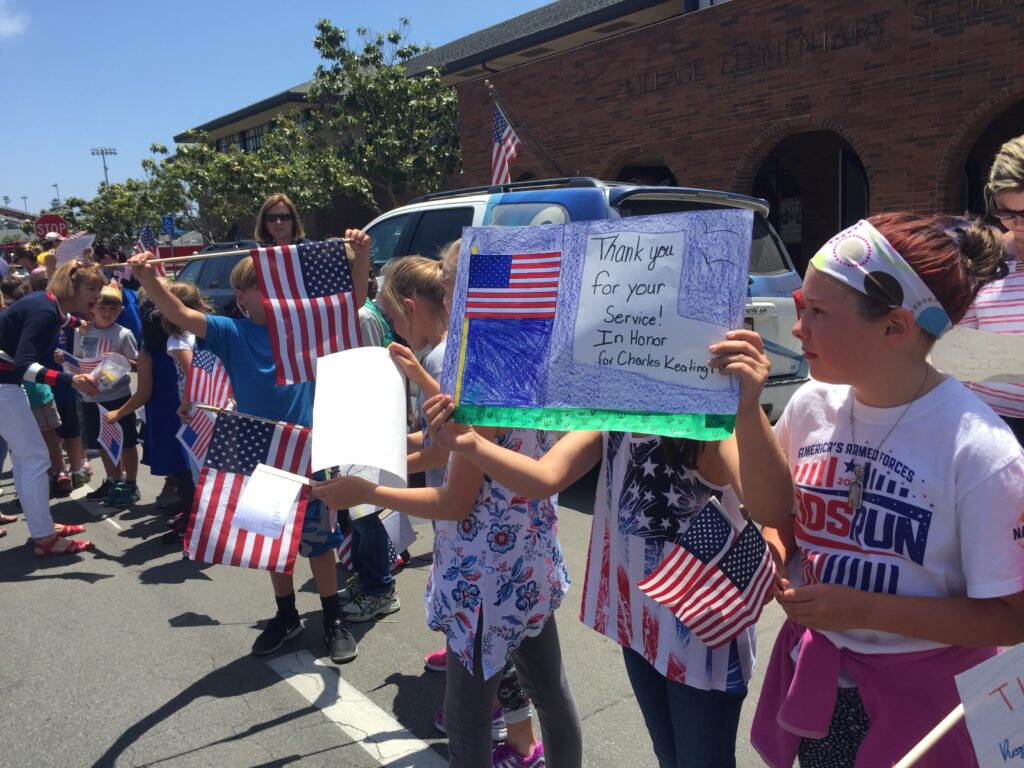 Thousands of people flood the sidewalks of Alameda, 4th, and 6th streets with tears streaming down their faces and hundreds of flags in hand waving a final farewell to the fallen Navy SEAL.

Local businesses and schools closed their doors during an emotional procession, to encourage people of all ages to show their support for Keating’s family and our armed forces, and pay tribute to a life that was taken from this world way too soon.

Coronado resident, Gail Conrad, was in attendance for the procession and believes the community’s support system is unlike any other. “What an amazing guy he was and he had just gotten married. I just thought, only Coronado would have this many people come out and honor somebody. It’s just amazing.”

Keating was killed in action in northern Iraq. His death a reality for so many members of this town. As most would agree…the military is the heartbeat of Coronado.

A small town with a big heart that’s left grieving.

Ruth Klamper
A graduate of Florida Southern College, Ruth has worked for ABC, CBS, and FOX affiliates, as well as the Home Shopping Network. She has traveled the world on mission trips and looks forward to planning her next adventure abroad.Have news to share? Send tips, story ideas or letters to the editor to: manager@coronadotimes.com

On Wednesday, May 9, 2018, Blue Bridge Hospitality will hold a special community charity event in support of The Leukemia & Lymphoma Society (LLS) at...
Read more
People

The Navy has its first female applicants for its most elite special warfare roles. Two women have enlisted in the Special Warfare Combatant-Crewman (SWCC)...
Read more
Advertisement
Sponsored Partner Links