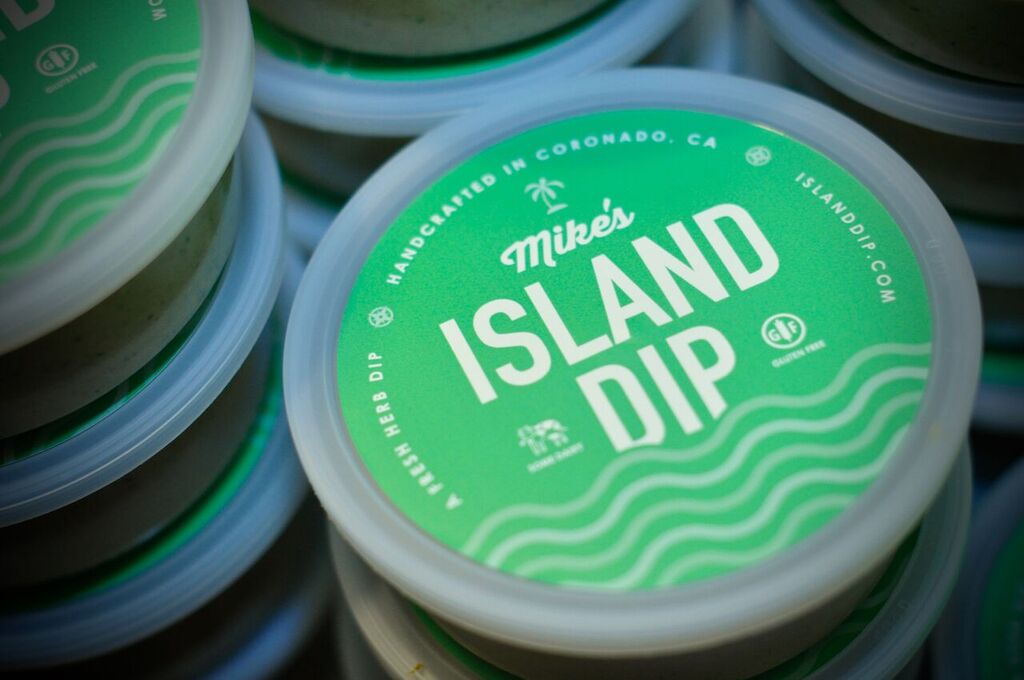 As Mike tracked and forecasted client finances, though, he also pursued his creative side in the kitchen: hosting backyard oyster bashes with his friends and family, investing in a membership to a commercial kitchen, and developing his own signature dishes, including a spicy, creamy dip that his friends raved about with every bite.

This past Saturday, Mike’s Island Dip graduated from his Coronado kitchen and took up a new home on the shelves of Boney’s Bayside Market. From April 2 forward, you can find Mike’s Island Dip there, and maybe elsewhere soon.

Recently I sat down with Mike to ask him a little more about the inspiration behind his dip as well as his goals for the future. This is his story:

eCoronado: Mike’s Island Dip! How long have you been making it? Where did the original idea or recipe come from?

Mike: I’ve been making “Island Dip” for over a decade. Until recently, we just called it “Mike’s Secret Dip.” The original recipe was based on something my mom made when people came over to the house. I’ve modified a few of the ingredients and ratios over the years to suit my own taste, but, like my mom, I used it primarily in hosting environments. I would bring it to potlucks, parties, and backyard barbecues, and it was always a hit.

When people would ask “What’s in it?” or “How do you make it?”, I would reply with, “It’s a secret.” The “secret” part started more as a joke but seemed to stick — it helped ensure we were invited next time… as long as we brought the dip! 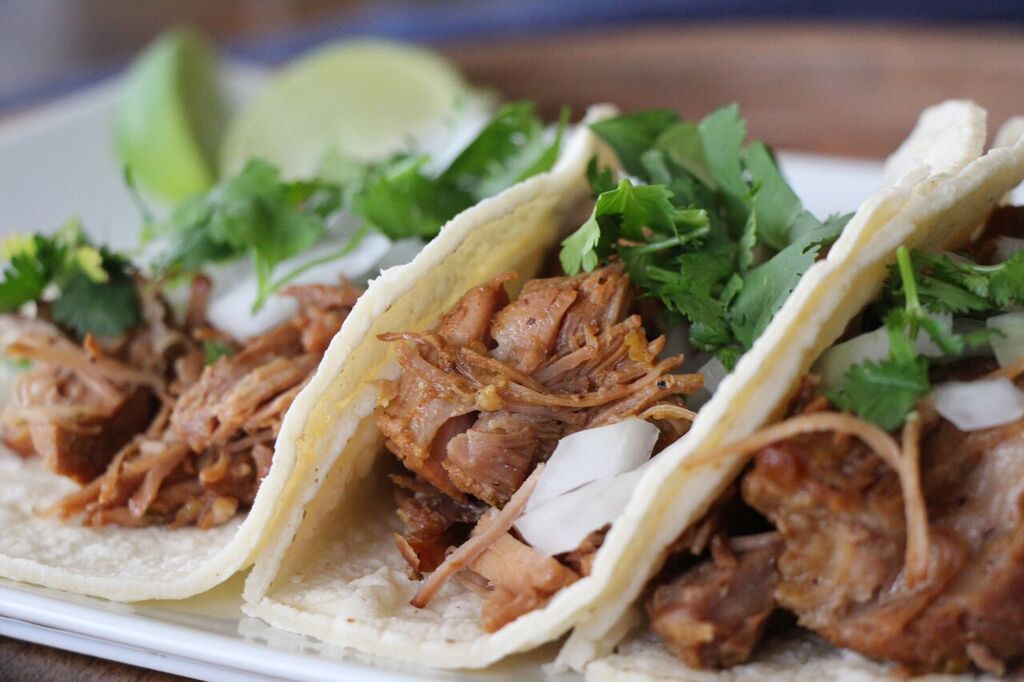 eCoronado: You love to cook. How does Mike’s Island Dip fit with your style and goals in cooking and food?

Mike: I do love to cook. And I love to eat. At some level, I’ve always been interested in food and flavors. Food, to me, is both a creative outlet and a social activity. When I’d find or cook something that I really liked, I wanted to share it with my friends and family.  It was my way of hosting an experience.

Cooking feels comfortable and natural to me. It provides me with a place to escape and experiment. Not everything has worked, but there were more successes than failures, and that kept me going for the next kitchen experiment. Some of my favorite dishes were born this way — spicy lime ceviche, beer-braised short ribs, coconut miso curry soup, and our homemade marinara.

It wasn’t until in the last couple years that I started getting really serious about food and thought about how to elevate my own skills in the kitchen. Like many people today, I was swept up in the “Foodie Nation” movement ushered in by shows like Top Chef, Chopped, and especially Good Eats. It was this exposure that really piqued my interest, and I began reading more on the subject.

Michael Pollan’s In Defense of Food was my first deep dive into exploring my own passion for food. I liked the way he talked about food. He spoke with authority and affection.

But the biggest impact in my shift from food in general to better cooking was Michael Ruhlman’s The Elements of Cooking. In it, Ruhlman pays homage to the basics and offers a breakdown of the components of cooking. The way he described each element really fit with the way I thought about food and cooking. It was easy to digest and implement. 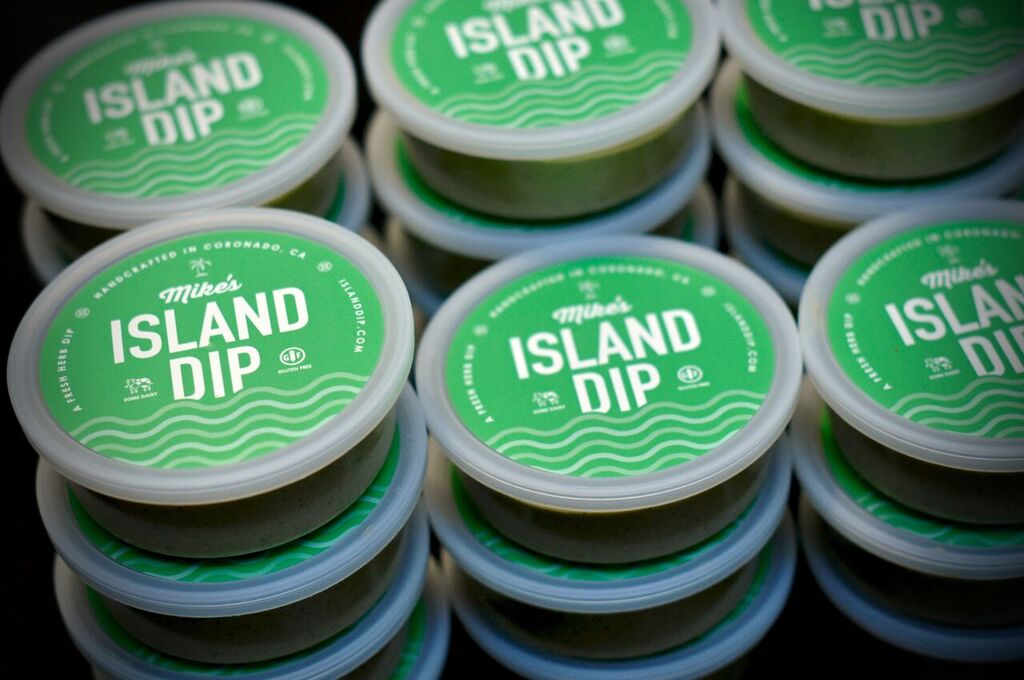 eCoronado: I know the recipe is a secret, but could you tell us a little bit about what’s in it, or what you think makes it so good?

Mike: I think what makes Mike’s Island Dip such a hit is the balance of intense flavors that are both familiar and carry a little bit of mystery. The ingredients are simple enough — veggies, herbs, cream & spices. I think people are responding well to the mix of bright high-note flavors with a fresh and creamy texture, as well as finding new ways to incorporate the product on their plate. From apples to risotto, I’m hearing new uses for the product every day.

eCoronado: What inspired you to take this from your kitchen to the world? 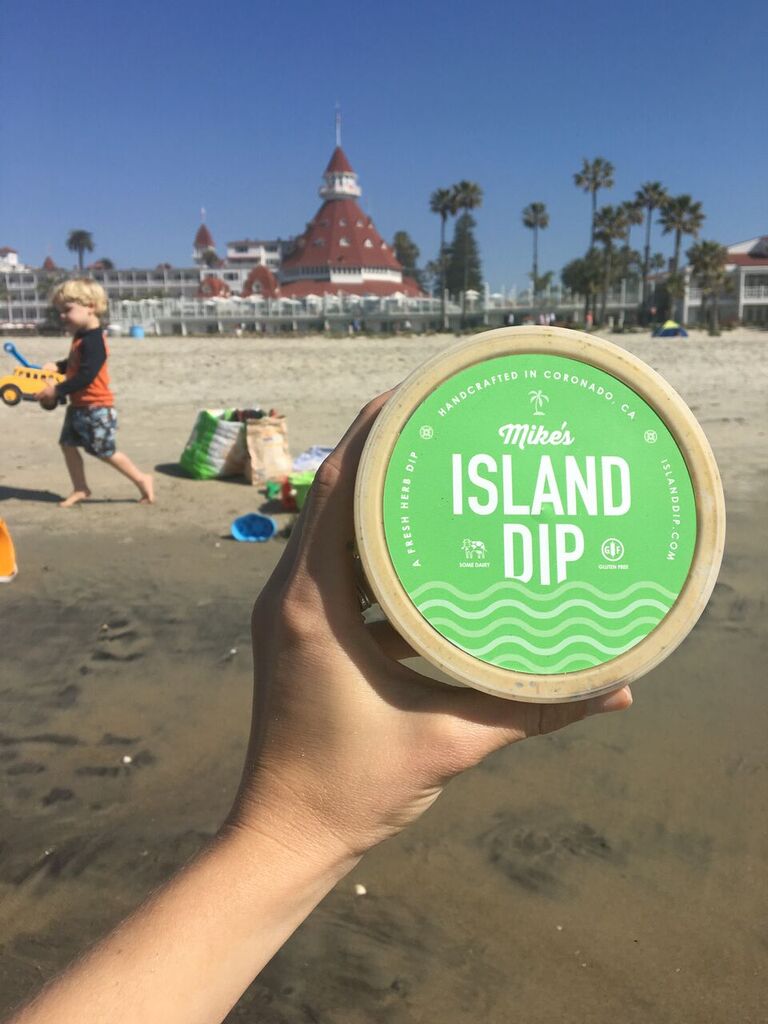 Mike: This one is easy. I had been looking for opportunities to combine my day job with my passion for food. By day, I work as an independent finance and operations consultant under the brand Savvy Solutions. Essentially, I help clients see where their money is going and what their present assumptions can mean for their future.

My goal was (and still is) to use my talents in finance and operations with a restaurant group or other food-focused concept in order to simply be around it more.

But instead, and due in large part to the constant encouragement from one of my closest friends, Jim Rinehart, I ended up with my own food product in the market. He and his wife Kristin have always been big fans of my food and never short of compliments. In early in 2015, they brought up the idea again about taking my food to market — and then it stuck. So we went to work on proving the concept. I’m so glad we did.

eCoronado: How’s it going so far? Have you been encouraged by the response?

Mike: It’s going better than I could have imagined. I’ve been both humbled and surprised by the amount positive responses we’re getting. Don’t get me wrong, I know Mike’s Island Dip is delicious. I still eat it daily at home. But I was surprised with how excited people were getting around such a simple food item. It seems we were meeting a deeper need at home and on the table that I had anticipated.

We began offering Mike’s Island Dip for sale on Super Bowl weekend this year. We figured with that being the “Mecca of all Dip Days,” it was an opportune time to introduce people to the product. It was our first real ordering process, and we’re still working the kinks out of that process.

My wife, Priscilla, has been a huge reason for Island Dip’s early success. She is active within the Coronado community (Mom’s Club of Coronado, Junior Womans Club of Coronado, MOPS, Preschool, etc.), and she deserves a lot of the credit for driving the demand. Everyone loves a quick and delicious healthy snack — especially moms who have to juggle so many things at once. I’d like to think we’re meeting a real need with kid-approved flavors. We all know they’re often the biggest critics!

I’ve also been fortunate to work with great designers and a talented web and social media team that have helped create and manage the culture around the branding. 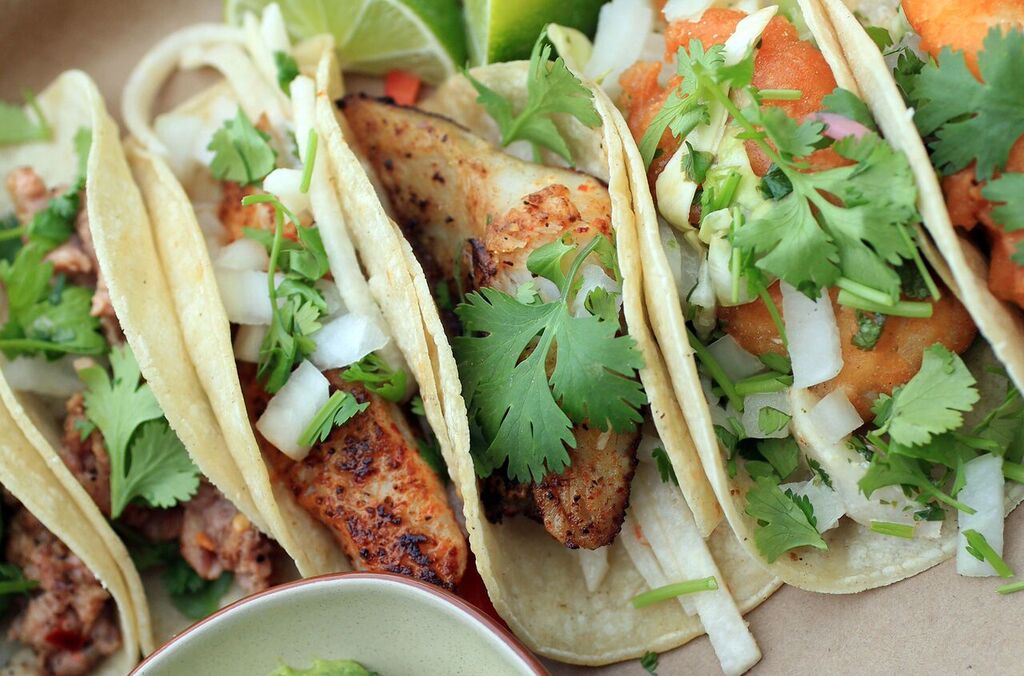 eCoronado: Coronado has loved watching you be so successful, and I know your fans are thrilled that they can find your dip at Boney’s now, too. Can you tell me about your goals for the next six months for Mike’s Island Dip?

Mike: Yes, the people at Boney’s have been great and very supportive. Our goal is to refine our production and local distribution process in order to ensure we can both meet current demand and increase sales in new channels. We believe that when you try Mike’s Island Dip for the first time, you’ll be hooked.

In five years, I would like to have some national distribution in place to offer Mike’s Island Dip outside of California. Our goal is to establish the brand with a flagship product, and then roll out further merchandise related to our current product.

To taste this delicious product — and support a Coronado local — you can stop by Boney’s anytime, or you can make a special order by contacting Mike: Mike@IslandDip.com.