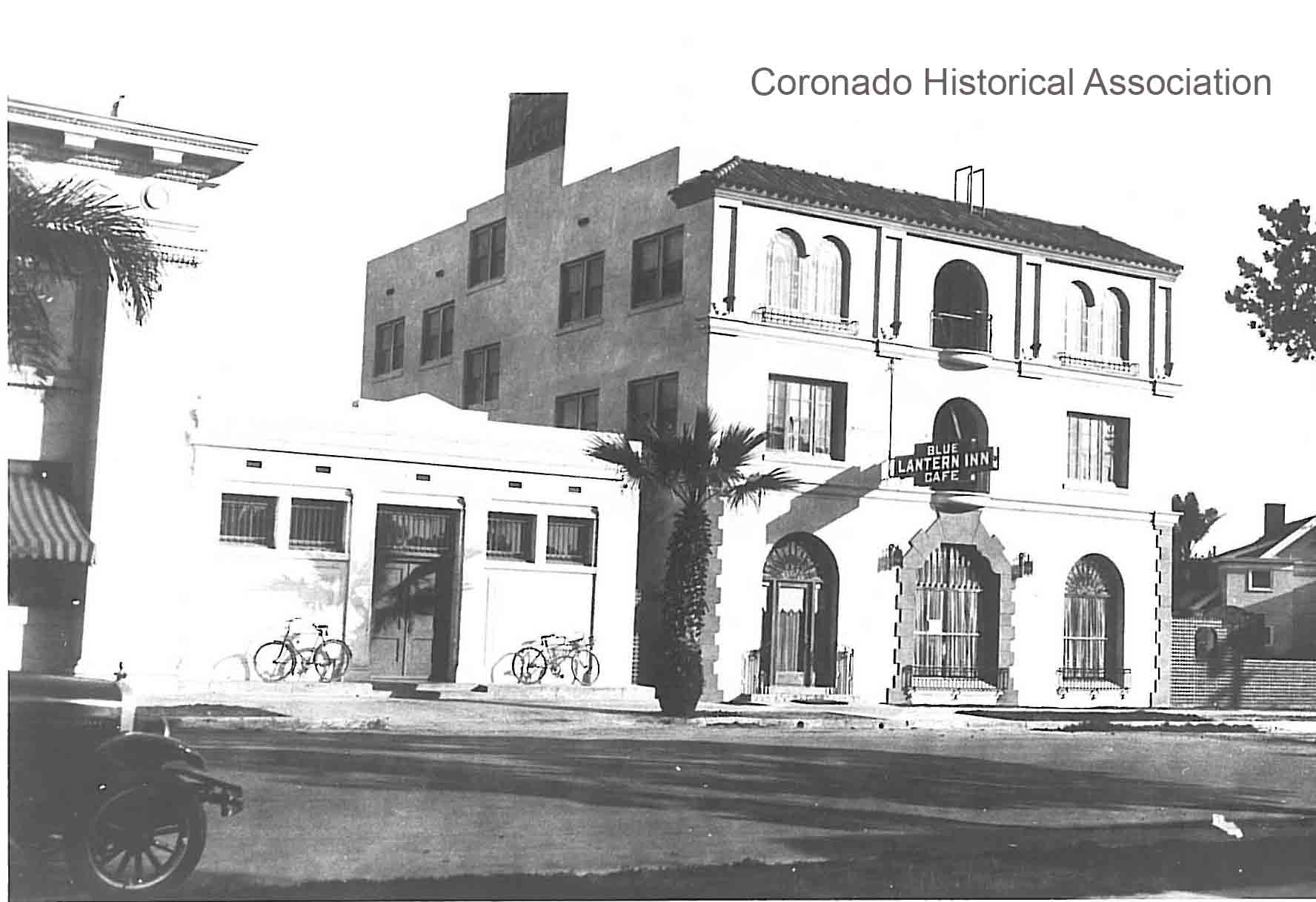 Fascinating, intriguing, or thoughtful tales about people and places in Coronado history — presented by your Coronado Historical Association

The Hotel Marisol Coronado formally opens this month  fully restored and glittering  extending a wonderful history that stretches all the way back to 1920.

The Marisol legacy began in 1920 when a small charming restaurant opened on Park Place in a diminutive one-story cottage that had been moved the year before from the corner of Park and Orange. The front room held a comfortable assemblage of tables and chairs while the kitchen was largely unchanged from its domestic responsibilities.

It was named the Blue Lantern Café and immediately became a local hit, partly for its soups, partly for its charming location between “downtown” and the attractions of Star Park and the ocean.

Over the next several years, the little café thrived — even competing with the Hotel Del as a center of Coronado social life. In 1925 and 1926, Coronado’s Rotary Club held its formative meetings at the Blue Lantern.

“Location” drove the sale of the property for the construction of a hotel in 1926. Mr. and Mrs. Alex Rutherford bought the little quaint cottage and moved it to 915 H Avenue to be refitted as their home.

At its opening, one reporter described the visage as: “the great arched dining room opening on Park Place is a dream of harmonious decoration with walls of Tiffany finish, artistic wall lights, a beautiful oak floor, fireplace, chandelier, and a sunny southern outlook toward Star Park.” The adjoining lot was planned to hold a plush lawn behind a wall on Park Place.

By 1931, the Blue Lantern changed ownership and became known as the Ritz, serving as a hotel for both short and long-term stays. Probably due to the Depression, the Ritz was sold to the Spreckels Company just three years later. Its name was changed once again, this time to the Biltmore. Although there were more changes in ownership, the hotel was known as the Biltmore through the 1970s. By 1982, the property was known as the Village Inn.

Come visit the Coronado Museum and the Coronado Historical Association archives for this story and others. The entire compendium of intriguing “Field Guide” tales is posted on www.coronadohistory.org. © CHA