Coronado Fourth of July is proud to present our 73rd Anniversary Independence Day Celebration. The day’s events kick off with our signature parade. Starting at First and Orange and finishing at Churchill Place near the Hotel del Coronado, the parade is a two plus hour event and this year features 110 entries, including local police, fire and government officials; military dignitaries; equestrians; marching and concert bands; sports teams; car clubs; the Al Bahr Shriners; and many community organizations. The Grand Marshal of this year’s parade is the Commander of Naval Surface Forces, U.S. Pacific Fleet, Vice Admiral Roy Kitchener.

This year’s parade has 200+ volunteers; fourteen MC/announcer stations; covered grandstands; two and a half hours of pre-parade entertainment from our MCs; pre-parade pictures with The Science Fiction Coalition; party favors and chalk for kids; nine food vendors in Spreckels Park; official T-shirts produced by URT; and end-of-parade live streaming videography. We may even have a special surprise in store.

Right after the parade, be sure to check out Star Park, where members of the San Diego Star Wars Society will take photos with patrons. Come show The Mandalorian and Baby Yoda your red, white and blue! Also, the Adrian Empire will present a medieval demonstration. 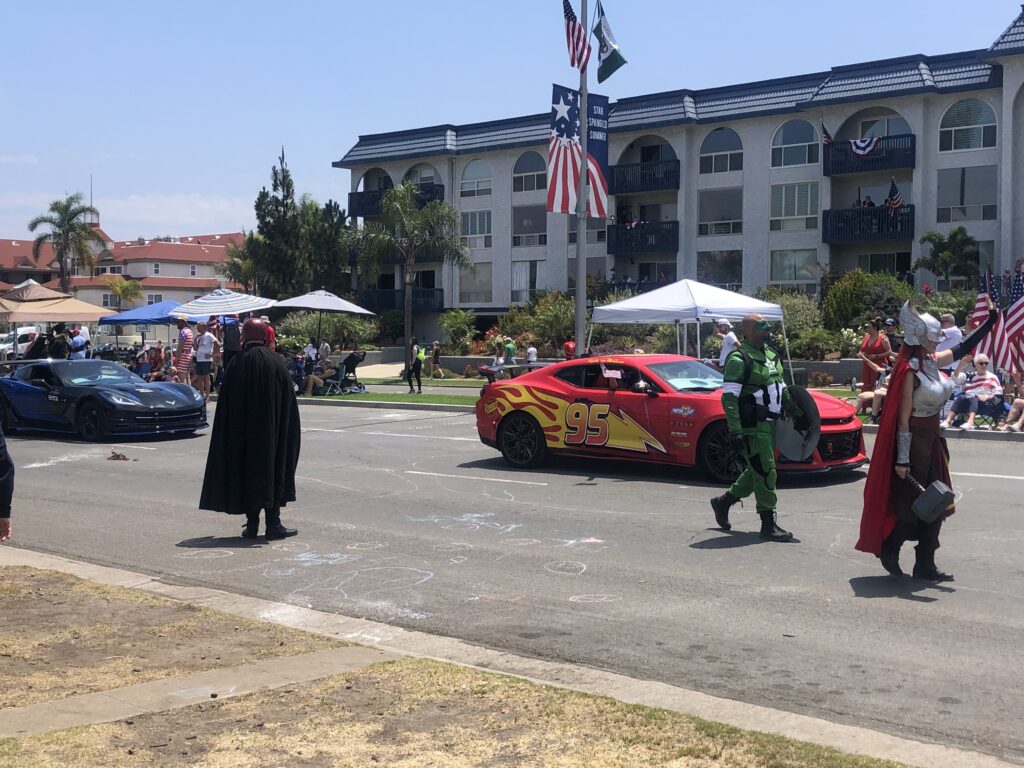 Right after that, head to the golf course, where the Navy Leap Frogs precision aerial team provides patriotic thrills for all, starting at 2:00 pm.

Following the Leap Frogs at 4:00 pm, please join us at the golf course for two brand new concert events. CFOJ is proud to present Katleen Dugas, who will be performing Disney songs. She will be followed by Liquid Blue, a party/pop cover band that has performed in over 500 cities in 100 countries and has earned the title of “The World’s Most Traveled Band”. This free concert will occur on the 16th fairway of the golf course. Special guests include Coronado Police Department Officer Grace Del Bagno singing the national anthem, and Charlotte Milstein, winner of Coronado’s Got Talent.

Finally, we close out the day with a patriotic fireworks display starting at 9:00 pm. Visible all throughout Coronado, the show is best viewed from the Golf Course and Glorietta Bay Park. This pyrotechnic display is produced and choreographed this year by Fireworks America and will have a soundtrack simulcast on a FM 96.5 KYXY. 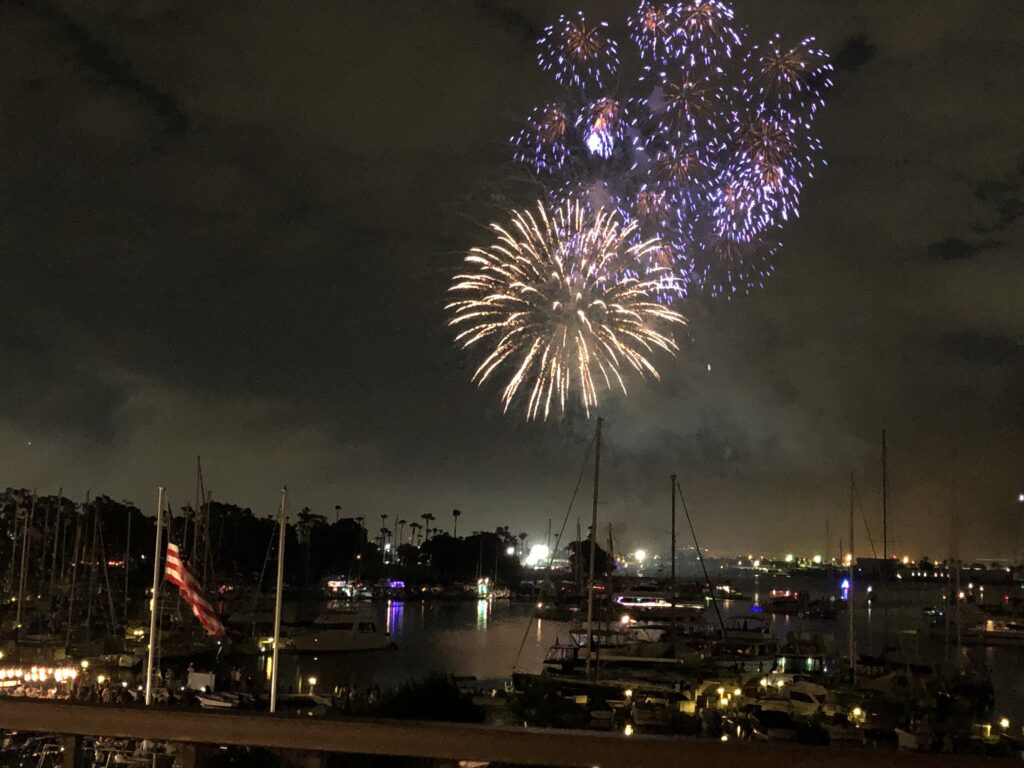 CFOJ wishes all of Coronado a happy and festive Fourth of July!