"The Andy Baker Tape" will be shown on Friday, November 12 at 6pm at Village Theatre as part of the Coronado Island Film Festival. 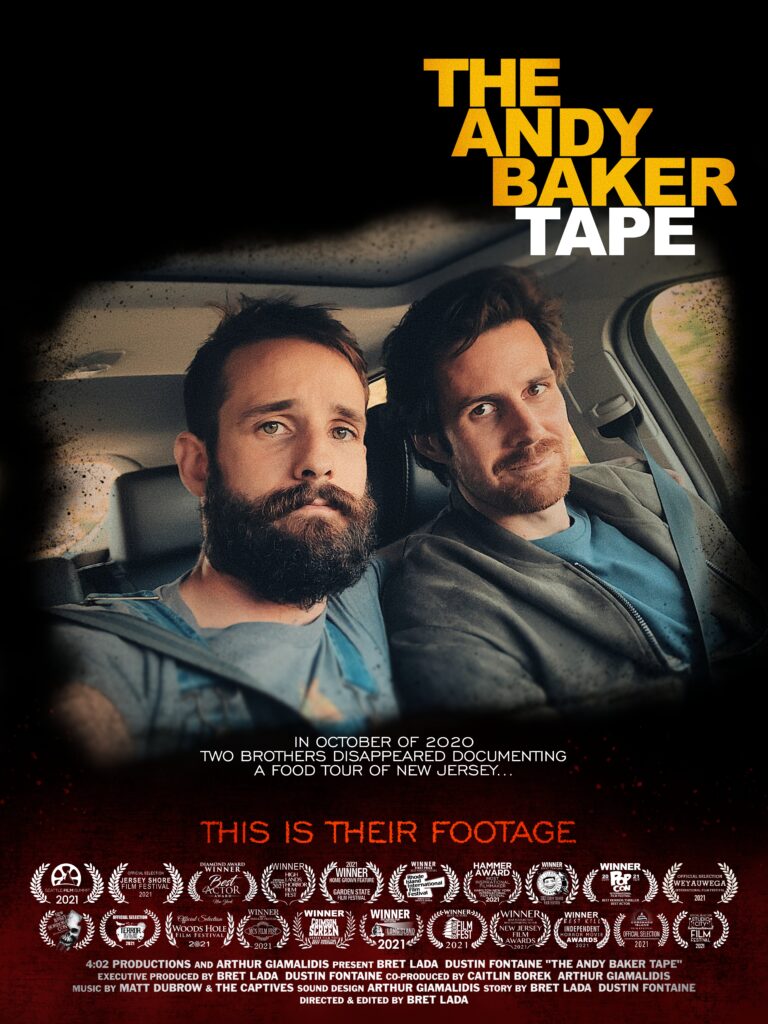 Is this story true or fiction? That’s the mystery the writers of The Andy Baker Tape want you to ponder. Billed as the last known footage of food blogger Jeff Blake and his half-brother Andy Baker, who hit the road on a culinary tour that would potentially change their lives, and then things go awry…

“We shot it in a realistic way as if it was a true story, in Blair Witch Project style, but it’s actually a scripted, narrative feature film, done documentary style,” says Executive Producer Bret Lada, who had the vision, and was involved with writing, directing, producing, and starring in this award winning movie showing at the Coronado Island Film Festival (CIFF) on Friday, November 12, at 6 pm at Village Theatre.

As a sidelined actor during COVID, Lada got a grant, purchased a handheld camera, and learned cinematography on the go. He and partner Dustin Fontaine, a Blue Man performer on pandemic hiatus, wrote the script during the summer of 2020 and then filmed it shortly after, from October 8 through 26, mostly in New Jersey, with cabin scenes in Pennsylvania, often logging 18-hour days to get the shots they wanted.

The story offers a snapshot into the lives of these two characters, who have only recently met, with Blake in the running to get his own Food Network Show — think Anthony Bourdain. Highlighting the universal theme of connection, it begins as a charming relationship story as Andy and Jeff start to bond, but then there’s a turning point and the audience is left in suspense, wondering where the story will go. Lada promises you will laugh and cry, and also be scared by the dark, underlying thriller tones.

Lada, a self-proclaimed foodie, enjoyed researching the food elements for the film with Fontaine. He was raised in New Jersey, so filmed in some familiar areas. Growing up with artistic parents, they encouraged him in acting and art classes. Excelling at art, he originally wanted to be an animator, but found his love of acting, and decided to pursue that after receiving a degree in Fine Arts. Starting in regional theater, he soon got television roles in Person of Interest, Law and Order, The Good Wife, Orange is the New Black, to name a few, and more recently in Alpha House with John Goodman. Among his movie credits is acting in Misty Buttons, on which he was also an associate producer, getting his first behind the camera experience. 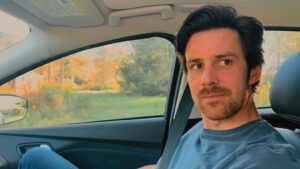 A cinephile at heart, Lada spent every free moment watching films growing up. His all-time favorite movies and performances include One Flew Over the Cuckoo’s Nest with Jack Nicholson, A Streetcar Named Desire with Marlon Brando, and The Godfather: Part II with Al Pacino. He notes that the industry is slowly coming back from the pandemic, and he is currently writing his next dark thriller script.

He credits all of his roles as stepping stones to learning valuable lessons, and relates that this film allowed him to utilize all aspects of storytelling. With help from friends, he was able to stretch his small $4,000 budget. Lada gives credit for pulling the vision together to his Australian friend Arthur Giamalidis, whom he met in a study abroad program, and special recognition to first time female producer Caitlin Borek, and sincere thanks for the amazing original music by Matt Dubrow and The Captives, whose song “Family”, from the movie, is now available on iTunes.

Lada shared some quirky, behind-the-scenes stories including the filming of one scene on a farm. While using a directional shotgun microphone to mimic a camcorder, the surrounding 5G signal was interfering and penetrating their audio, so they improvised by creating a Faraday cage in a dumpster flipped on its side, bordered by water bottles, to capture the desired audio for the scene — eating turkey sandwiches amidst the dumpster stench. He laughs as he recalls people thinking they were having real life conflicts while filming and calling the cops. The police actually got excited that they were making a movie and a cult following developed.

“We’ve been fortunate at how well we’ve been received at the 18 Film Festivals we’ve shown in,” he comments, and notes that they have won a variety of awards at all of them. They are looking forward to their West Coast premiere at CIFF and Lada is excited to be attending. The target audience for this film is wide and varied, with the current YouTube generation gravitating to this style of entertainment. Lada pointed out that the film is “ninety percent scripted, with ten percent improv, but structured to leave the audience with a certain feeling. The camera serves as a third character, a transparent eye that follows the varying aspects of the story, from all angles.”

To see all the creativity that Lada and his team poured into The Andy Baker Tape, check it out when it screens at CIFF, and at TheAndyBakerTape on Facebook and Instagram, and preview the trailer here from Bret Lada on Vimeo:

Run, don’t walk, down the Hollywood stars on Orange Avenue to get tickets for the Coronado Island Film Festival!

This film is just one of the nearly 100 outstanding films showing at the five-day CIFF from November 10 to 14. For details and ticket information on all the movies, documentaries, panels, and events, visit www.coronadofilmfest.org.

Laugh Your Way Through Familiar Clues at Coronado Playhouse