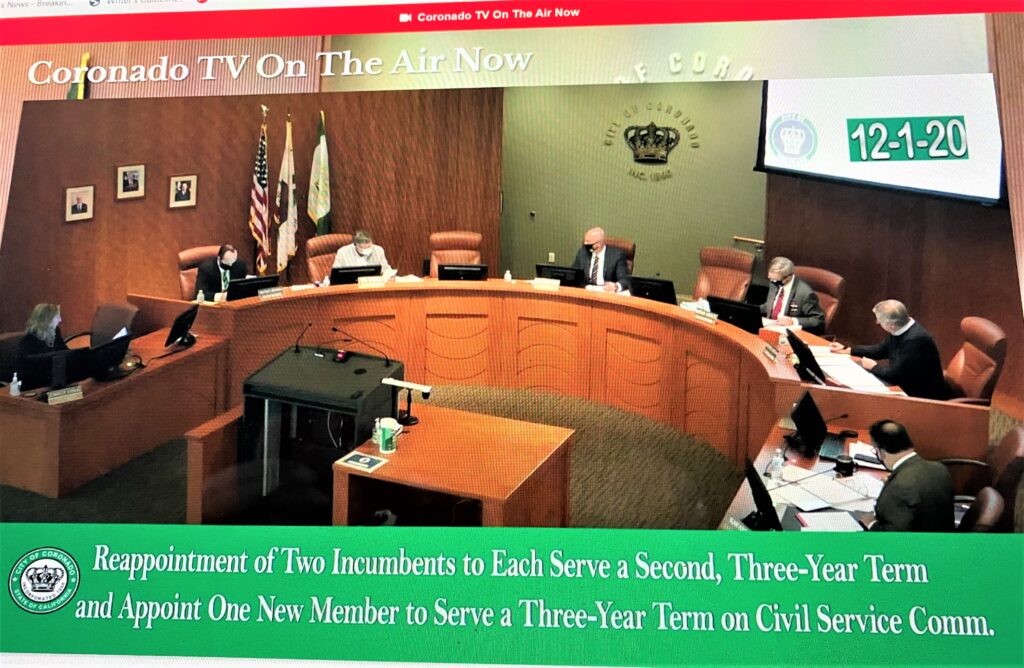 Ocean Boulevard improvement visual renderings, First Street bike lane changes, new commission appointments, and the city’s 130-year anniversary with a video showcasing the city’s diverse past were among the highlights of the first December council meeting. You can watch the video here:

City Manager Blair King and Jamie Monroe from Easy Day Sports gave updates on the commemorative 130 Virtual Challenge which started on July 4 and ends on December 11, the city’s 130th birthday. To date, 2,677 people have signed up to complete this event by running, walking, surfing, biking, etc. 1140 have completed the 130 miles thus far, with one woman leading the pack having run and biked 4,452 miles. Monroe said that 20 other participants have logged more than 2,000 miles, and people are still signing up to get their miles in before the quick looming deadline.

The Ocean Boulevard Street and Sidewalk Improvements Project was the most discussed topic of the evening. Principal Engineer Jim Newton gave a presentation on the three options that were decided upon at the August 18, 2020 meeting, at which time the council had requested photo simulations.

A total of 15 public comments and 12 letters had been received on this subject from residents who had varying opinions on the project, with one resident offering public comments during the meeting. All public comments can be viewed on the city’s website. Newton presented simulations from three vantage points to show the impact of each option.

Option 1:  Street furniture and streetlight relocation with an anticipated cost of $350,000.

Option 3:  Eight-foot sidewalk widening over the rock seawall at a cost of $5.6 million.

The council had a lengthy discussion about the options, with Mayor Bailey commenting that Ocean Boulevard “doesn’t meet the high standards of Coronado and there are opportunities for improvements, while still maintaining the character of the community.” Councilmember Benzian agreed that “a world-class city deserves a world-class infrastructure.”  Councilmember Sandke said option two is “a win for walkers, bikers and to help slow cars.”  Councilmember Donovan held firm to his resolve for option one, saying it “solves the problem for less money.” Ultimately, Councilmember Heinze made a motion to move forward with option two, with the caveat of maintaining an 11-foot traffic lane width, and it passed with councilmembers Heinze, Benzian, and Sandke voting yes and Mayor Bailey and Councilmember Donovan voting against it. This project will come back to the council early next year with more detailed plans.

Director of Administrative Services Jim Krueger gave a brief overview of the 151-page Comprehensive Annual Financial Report (CAFR) for the year ending June 30, 2020.  This finalized audit reports the same good financial condition as the unaudited financial report presented on October 6. “Overall, revenues are $3 million better than we thought,” said Krueger. The biggest financial variance is the downturn of the Transient Occupancy Tax (TOT), which is due to the effect of the COVID-19 pandemic on the hotels and businesses.  The good news is that property taxes will continue to be stable.

The General Fund balance sheet is the best measure of the city’s financial standing, and shows a fund balance of $124 million, an increase of $3.9 million from 2019. The Pension Stabilization Fund saw a $1.2 million contribution with a $54,374 market loss. There are $5 million in advances owed from the Wastewater Fund for construction of the Navy’s Coastal Campus connection. Councilmember Sandke asked about the reserve amount, and Krueger said that $28.4 million is committed for emergencies, which equates to six months of expenditures. He said that the emergency reserve was temporarily tapped for COVID-19 issues but has been replenished with revenues. He credited Finance Manager Emad Gewaily and his team for their hard work on this project.

Shannon Ayala from Davis Farr Certified Public Accountants said that approximately 500 hours were spent by auditors on this report and they delivered an unmodified opinion, which is the highest level issued by government auditing standards. She commented that no non-compliance issues were found. City Manager King said that during the 10 years he has been here, the CAFR has trended up every year with a $170 million gain in that time period. Council unanimously accepted this report. There will be an upcoming mid-year budget review presentation at the January 5, 2021 council meeting.

City Clerk Jennifer Ekblad gave a presentation on the advantages of transitioning to action style minutes for the City Council’s official minutes. The council currently uses long-form summary style minutes, which were necessary previously when the public had limited access to live streaming, video and audio recordings, and electronic copies. She pointed out that now as the community has increased access to the agenda and meetings, action style minutes will suffice as they record final decisions and list the speakers’ names and positions on each issue. Considered best practice in the industry and used by most major cities in California, some benefits include cost savings, eliminating staff interpretations, ambiguity of omitting discussion not relevant to final decisions, single-member opinions and duplicative efforts when audio and video recordings are available on the city’s website for review. Council unanimously approved the adoption of action style minutes.

Important items of note on the Consent Calendar:

https://youtu.be/IaV-i1zk-toThe City of Coronado/Sharp Coronado Hospital vaccination site is now accepting those 75-plus. Find out how to make an appointment in the latest edition...
Read more

The topics for the first City Council meeting of the year ranged from mid-year budget adjustments, help for local businesses, to the Ocean Boulevard...
Read more
City of Coronado

The new year will look different for Whitney Benzian, as he steps away from his role as a city councilmember to focus more time...
Read more
Business

Never before has a home desk for students been such an important piece of furniture than with this year's at home distance learning model...
Read more
People

More than 400 letters later, the Billock family is glad they decided to host the Santa mailbox this year. Originally purchased as a decoration,...
Read more
Entertainment