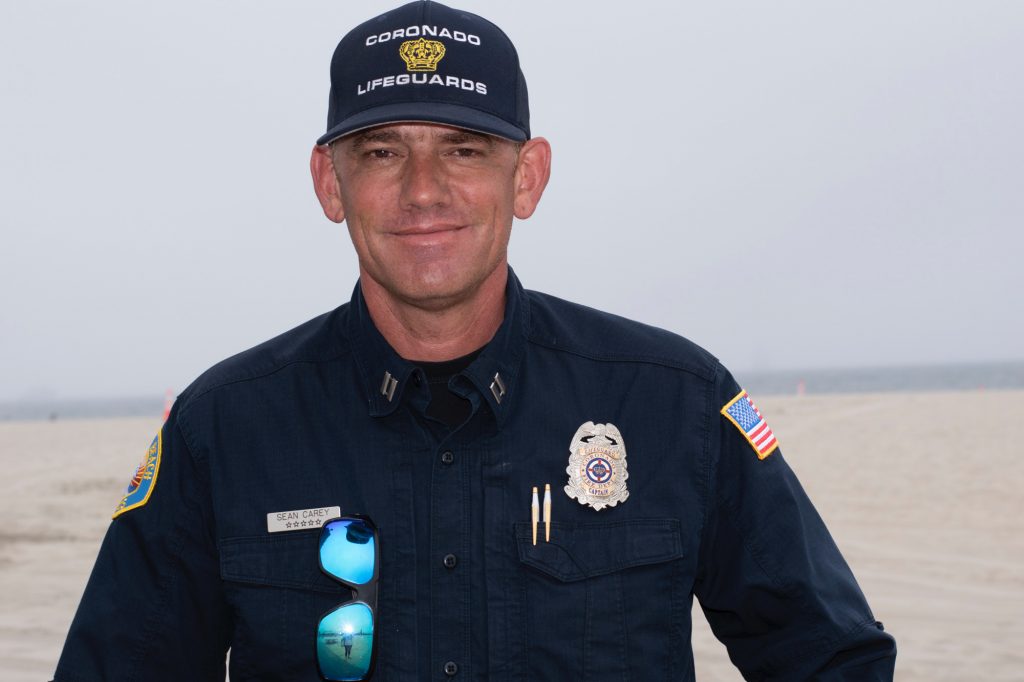 In April 2008, when there was a fatality at Solana Beach, Lifeguards took a step back and reviewed their shark incident guidelines. The San Diego Regional Aquatics Lifesaving Emergency Response Task Force (SDR ALERT)—comprised of Lifeguard Captains, Coast Guard, Harbor Police, and Border Patrol—developed a shark incident policy and regional guidelines.

How did you arrive at your current guidelines?

We formed the California Marine Safety Chiefs Association with Lifeguard Captains from as far north as Santa Cruz. Partnering with premiere shark scientist, Dr. Chris Lowe of the Cal State Long Beach Marine Lab, we revised and developed more appropriate shark incident guidelines. These included a decision tree –a simple algorithm of “yes” and “no” answers to questions about a shark’s size, activity, and location. The guidelines are based on science and drive the decision making process. 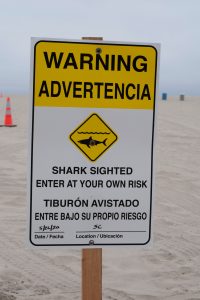 Tell us about the shark sighting signs recently posted on our beach.

On May 26, we posted shark advisory signs. Two Lifeguards spotted a 12 foot white shark in the surf line where they were training on rescue boards. Both confirmed they saw a 12 foot white shark, longer than the board they were paddling. The size took us to Response Level 1 – an advisory level. The shark was not engaging. Dr. Lowe explains engaging behavior as circling, bumping, rushing, or gaping. This shark was just cruising slowly and seemed docile. It did not engage anyone. We posted signs to let people know there was a shark seen in the water.

What do you do when you see a shark?

We will launch the jet ski to try to get eyes on the shark and confirm size, species, and activity. Very often when you get close to them on the ski, they swim away very quickly. We want to know where they are and what they are doing. We post signs to inform the public of the sighting. We have a different sign for each Response Level. We can also make announcements. We then notify the Shark Lab at Cal State Long Beach so they can catalog the data. 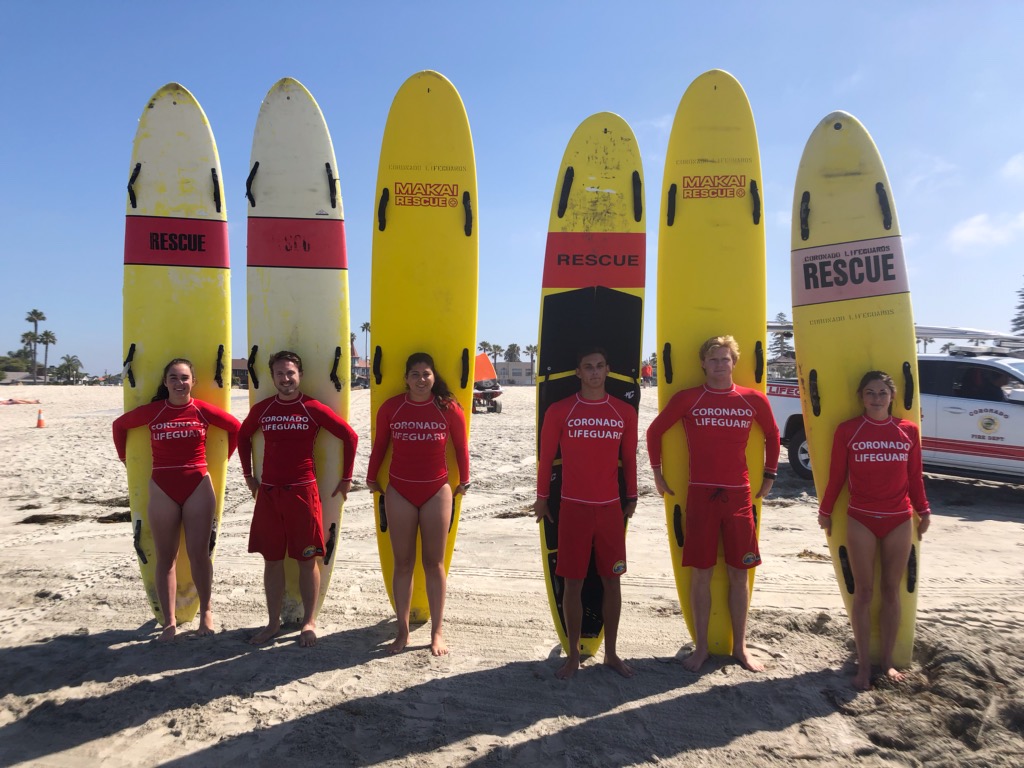 Any final words about sharks?

Sharks live in the ocean. Any time you go into the ocean it is like going into the wilderness. You don’t know what you are going to come across – sharks, stingrays, jellyfish, sealions, and all could potentially be a hazard. You just need to have awareness, education, and understanding.